The Case for Traditional Initiation

Few things expose the grave consequences of the breakdown of the family structure in our black communities as the tragic deaths of some boys who go for the school of circumcision. 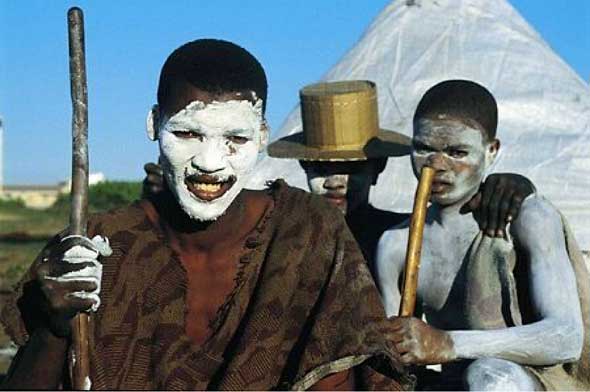 Initiation is a rite of passage that must be preserved, writes Mphuthumi Ntabeni.

Traditionally this initiation ritual is dependent on the male figure of the family. It is supposed to be the ultimate cement for the father-son relationship.

When done right, the ritual is a rite of passage. The father transmits the cultural, historical, social and traditional wealth of his family, clan, tribe, nation to his son. After this rite of passage the father begins to treat his son no longer as a child but as a man, as an equal, and basically as an heir to his life and tradition.

Basically, the father hands over the baton, recognising that the next generation is taking over, and that he, and his contemporaries, have began their slow decline towards becoming ancestors (if they are good people).

Of course, the father also gains a new status among the tribe of being an elder. During traditional functions he will no longer sit with the middle men in the kraal, but with elders — earning him a right to be in the first group that chooses the best meats from the pot.

The trouble now is that most families have single or no parents. Where the parent is single, it is mostly a mother. If a single mother has a brother, the tragedy can still be mitigated, because the brother(s) can look after the nephews’ needs in the school of circumcision (although he can do this only through someone from the boy’s father’s clan because the customs are slightly different).

Needless to say, all concerned must be responsible individuals with a traditional memory of the ritual. They must know what they are doing (because if you have not been to the initiation school you are not allowed to look after an initiate as an ikhankatha, or traditional nurse). Most fathers or uncles who hold day jobs hire someone they trust to be an ikhankatha because it is a 24-hour job.

The fathers usually come during the evening to check the initiate’s progress, and mostly spend the night with their sons. It is during these long nights, careful dressing of the circumcision wound with traditional medicines, that the bonds are tightened between father and son, through talk about traditional practices, historical events, social accepted practices for the clan and all things pertaining to their identify.

This period alone is enough to make the ritual have perennial significance. It would sadden me if my son were to deny me this opportunity of bonding by refusing to go to the mountain, but I would respect his decision.

It is clear that because of modern challenges, in particular the breakdown of family structure, the ritual needs to evolve.

Most villages in the Eastern Cape are going back to the idea of “cultural villages”, which is how this ritual was practised in the past.

In ancient days the chief would organise cultural villages during the month yeSilimela (June, because during this cold period wounds heal quicker, and there was not much work of planting or harvesting within the village).

Every boy of age was invited and his father was required to pay a cow to the chief. The boys would then be circumcised, and it was up to the chief to ensure the initiates’ wellbeing and bring them back healthy and sound to their parents after six months. These days, because of the school calendar, we go for only four weeks.

In these cultural villages the boys were taught the tribe’s history, traditions, customs, songs by different people who included imbongi, amagqirha (traditional doctors), and so on.

The boys were also taught how to treat wives and to provide for their families, war tactics, and so on. It was made into proper rite of passage.

Modern cultural villages would require the buy-in from izibonda (village chiefs), municipalities, schools, district doctors, parents, and so on. The cultural villages can be ward-based, and initiate applications done through the schools the boys would be attending.

There is currently in our media a cacophony of calls for the initiation ritual to be banned as a barbaric and anachronistic practice. Almost none of them have experienced the ritual, and hardly know anything about what it entails.

This, of course, is a common thing in our country. We have self-appointed purveyors of “civilisation” who define progress only in terms of what conforms to what they know, and everything else is barbaric.

But those of us who have actually been through this rite of passage, and understand its value, even as we try to find ways to improve it, can only reply to this by saying: “Howl on, dull world!”

Open Eyes To Moral Error Within The Church?
Share