Catching the Past over a Fire

In December, just before Christmas, my friends and I came home to the Eastern Cape from different cities of our economic diaspora: Johannesburg, Cape Town, Durban, Port Elizabeth. 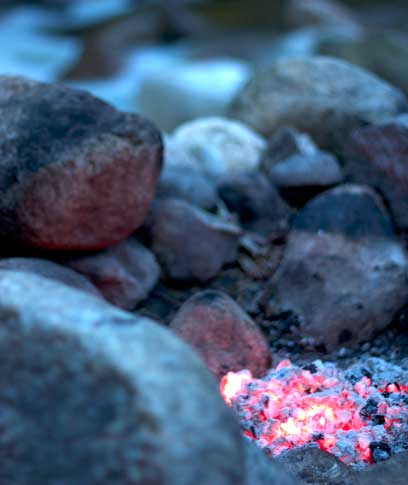 We had not seen each other in years. Over a braai we talked about our families, how quickly children grow up in-between the endemic phoniness of gadgets. Then we found ourselves wandering back in years, into the seasons of our youth.

The four of us had grown up—literally grown on up—at the Catholic missionary school of Cwele in Libode. Before we knew it, we convinced ourselves that we should drive the 300km to visit the school, there and then. We packed ourselves into a Jeep and off we went at two in the morning. By the time we got to the school it was after nine and it looked deserted.

We finally met up with one of the school staff and were told that most of the sisters were on a retreat, and the priest was in Mtatha for a seminar or something.

When asked why we needed to see them we had no idea. It just seemed like a good idea earlier on, in the haze of the braai smoke and general bonhomie.

Inside the building I was hit by a wave of familiarity that invaded all my five senses, but mostly my sense of smell. I knelt down. I did that not necessarily in prayer or adoration. I knelt down because I recognised something about myself, something hidden yet permanently hovering. I realised, somehow, that I had left myself there and had now come to collect.

I remembered the nine-year-old boy whose first experience of permanent dislocation was in attending this Catholic church building as his mother was driving back in anger because her husband refused to be part of the decision to bring us to boarding school. The boy whose burning township he had left behind.

I remembered the cold silence of the building as the topography of my damaged spirit, and as a refuge from hovering police helicopters; away from the smell of tyres and burning flesh; away from the screaming quarrels from the parent’s bedroom, away from…

I remembered how scared I felt, how, as a form of defence, I employed the trick of dislocating myself in resigned disinterest. How I started to look at myself from the outside with a canker of self-consciousness.

On that chapel’s kneeler, with the familiar sounds of silence, I felt understanding and even sympathy for that nine-year-old boy whom I had come to collect.

I realised I had not been back to this place since 1983, when I passed my Standard 7.

Then, as I walked back, I saw one of my friends silently weeping. She keeps saying: “I was 7! I was 7!” She was seven when her parents died and was sent to this boarding school by her relatives; it was when the damage in her life began.

We walked back to the car, then drove in silence to Port St Johns, 45km away, where we were spending the night at 3rd Beach, as we had done all these years ago as scouts, cubs and girl guides.

Around the fire that night we talked about many things: how someone had met one of the sisters, pregnant and holding hands with a teacher who had been fired from the school for sexual abuse. How we had a crush on another sister, who was as beautiful as a mermaid, and how gentle she was in her ways. How Sister Principal, Chaberdy, already over 80 years old, instilled a love of literature in me through Stevenson’s book, Treasure Island.

And, of course, we talked about belief and non-belief in God.

There was a noticeable change in our talk now from that over the braai the previous day. No longer did we gunk up the atmosphere with false wittiness, with our scoffing and with the carping dullness of our modern lives. We were now looking at our lives with the eyes of the Christ-child born into the world, our hearts and lives. After all, it was Christmas Eve.

Between the four of us we were survivors of two cancers, of alcoholism, of an abortion that rendered a marriage childless, and of another looming marriage failure. But because of the intimacy of the church building in Cwele, the masks we had been presenting to the world were falling, allowing us to look at one another with the trembling eyes of the youths we once were, when we first met.

There we were, more in thrall of our failures than our success (though there have been plenty of those also). We were feeling that we should be angry at something. God? The World? Ourselves?

The Silence hovered, attenuating the scars of memories. And then I got everyone hooked on a new song by singer-songwriter Rickie Lee Jones, “Christmas In New Orleans”, which played on repeat into the wee hours of the morning:

“Who can say what breaks inside?/ Me, I woke up in the wings/ I still can’t recognise the sound my scars make when I sing.”

Open Eyes To Moral Error Within The Church?
Share