Our Youthful (and Good-Looking) Church

I’m probably a bit old for this and every time I think about the effort of World Youth Day, I promise myself that it’ll be my last—yet how can I adequately describe the experience when I’m in it? It is nothing short of grace. 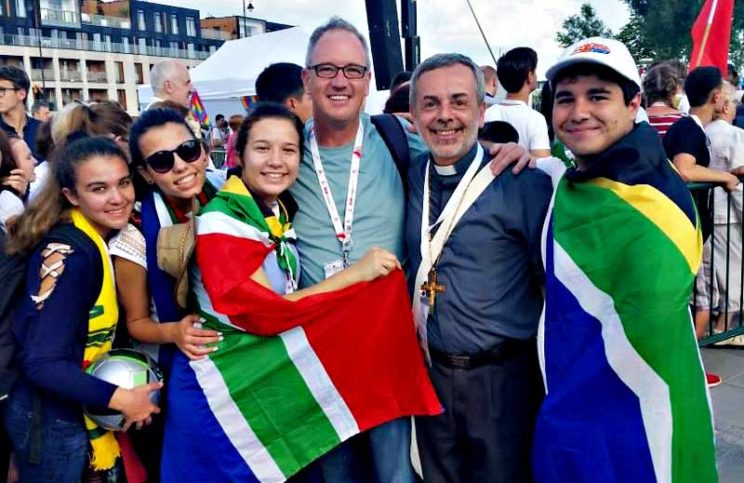 This July I accompanied 17 young people to Warsaw and Kraków for the Polish edition of WYD.

St John Paul II’s vision of the WYD, which he initiated in 1983, had a homecoming in a sense — a return to the concept of a merciful Church so powerfully captured by the Divine Mercy heartland and Pope Francis’ rapport with our young people.

WYD is an overwhelming experience in many ways—overwhelmingly positive. When our group got over its quirky characters — including mine — and the walks and uncertainty and sore feet (we walked over 160km in 11 days), we were able to celebrate an awesomely young Church.

This “Church of All Nations” that assembles at WYD is a very beautiful experience. The pilgrimage begins with a time in a diocese where the youth are introduced to the culture of the hosting country.

We spent time in the parish of the Nativity of Our Blessed Mother, a church that bordered the Warsaw Ghetto. Here was history and an unbelievable pride in the uprising of the Jewish ghetto against the Nazis that spread to become the Warsaw Uprising. It was history real and present, to realise that in a tiny area so many had fought and so many were killed in the fight against their annihilation.

It takes a Polish priest about 18 years to become a parish priest. Most of us in South Africa are parish priests before the oil of ordination has been absorbed. Yet there are so many young priests and religious in Poland. It’s beautiful.

It is also a Church without many lay liturgical ministries. There has been no need to develop them.

At WYD the youth move from initially being very conscious of themselves and their country at the beginning of the programme to realising just how the One Holy Catholic and Apostolic Church truly is universal.

I love the energy that goes into swapping flags. As an older person I also observe how the young men are circling the pretty girls and how the very handsome boys are mobbed by teenage girls—we are a truly good-looking Church!

By the end, our common faith and humanity have broken down our narrow national and cultural distinctions—and the genius of St John Paul is realised: a world of Happy Faith.

I had the privilege of hearing confessions during the catechetical phase of WYD. These were not rote forced moments but beautiful experiences of mercy — deeply felt, hungered for and chosen.

This time we were privileged to listen to Cardinal Timothy Dolan of New York, Cardinal Soane Patita Paini Mafi of Tonga and Archbishop Mark Coleridge of Brisbane. They powerfully and directly witnessed to their faith and integrated that to the theology of the Church.

They took on some questions that directly concerned the youth, such as facing same-sex attraction and the vocation crisis.

We also tried to get into a massively oversubscribed Life Teen Concert in an arena. Think the Good Hope Centre or the Standard Bank Arena or Coca Cola Dome filled to capacity with Catholic youth!

Unfortunately, we didn’t make it in, but had our own concert outside with games and even some Polish line dancing.

It took us some time to work out Kraków’s fantastic public transport system, but once we did, the walks became a little less far. 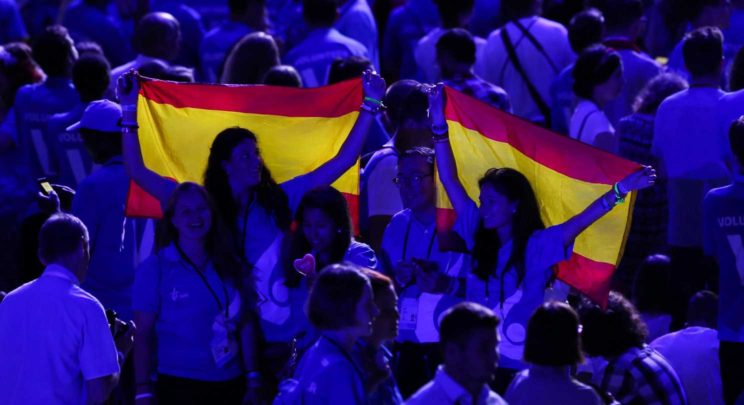 We went to the Shrine of Divine Mercy and saw where St Faustina lived. Divine Mercy as revealed to her was always something a little distant for me, formulaic even, but seen from the perspective of Poland’s Church and history, it made so much more sense. Her death shortly before World War II showed just how divine mercy would be needed, in the war and its aftermath.

We followed a group of the Sisters of Divine Mercy out of one of the huge events, and they were rocking to the music—just the example of joy that we needed.

World Youth Day climaxes in a walk to a huge open-air venue for a vigil with the Holy Father and then a Mass. We were part of a crowd of three million who had made the effort to gather in the name of Jesus. Nothing matches that.

There were downsides, of course. People push to see the pope. The walks are long. The toilet situation is really a Catholic Glastonbury.

There is also a new movement whose members seem to do their best to ruin the experience with their incessant inconsiderate tambourine circle cult trance dance — the same group every WYD.

Young people snog in the corners and tan in the sunshine. Yet: no alcohol, no fights and a wonderful experience of over 90% of the people there taking a full, conscious and active part in the liturgies and prayers—and in the sacred silence. Being part of this is life-changing.

We walked, caught trams and buses home in a seven-hour journey with a group of fellow South Africans who were pushing in a wheelchair one of their own who had broken her ankle playing soccer. To me, that was a culmination point in a pilgrimage of mercy.

Who knew you could have so much fun with a wheelchair in the pouring rain and 8000 of your closest brothers and sisters!