‘Don’t turn to Superstition or Blame God after Tragedy’

God is humanity’s salvation and he “cannot be used as a scapegoat,” Bishop Domenico Pompili said in his homily at a funeral Mass in the village of Amatrice, which was nearly razed to the ground. 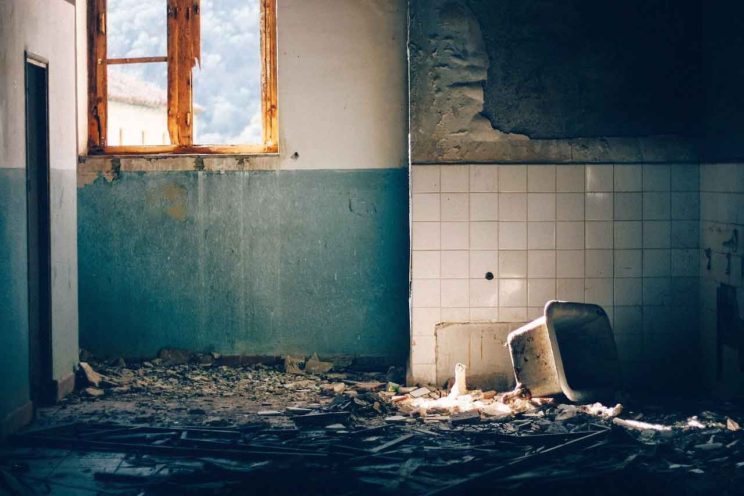 The 6.2 quake rumbled across the central Italian regions of Lazio, Mache and Umbria, leaving at least 292 people dead and more than 400 people injured. The Mass, attended by residents left homeless as well as top government officials, was held under a large tent canopy.

A wooden statue of the crucified Christ, salvaged from the wreckage, was suspended from a rope behind the altar. It hung against a backdrop of concrete and twisted steel from a building that buckled under the weight of its roof; solar panels lay in a jumble on top, like playing cards hastily tossed aside. The mountains of rubble were ringed by a dense forest of trees, lush and green in the pouring rain.

“The question, ‘Where is God?’ shouldn’t get asked afterward, but comes first and at every time for explaining life and death,” he said.

Pathetic cliches and reactions bordering on superstition – with talk about fate, bad luck and coincidences – must also be avoided, he added.

Underlining the importance of restoring the vitality and beauty of affected communities, Bishop Pompili said that “to desert these places would be to kill them a second time.” However, the years of rebuilding will require cooperative, “tender and tenacious” effort if they are to avoid the political wrangling and profiteering that often plague Italy’s reconstruction projects.

Pope Francis sent his almoner, Archbishop Konrad Krajewski, to the Mass; the Polish prelate distributed papal rosaries to the families of those who died.

The pope had said he plans to visit the ravaged area and meet survivors “as soon as possible” in order to “bring you personally the solace of faith, the embrace of a father and brother, and the support of Christian hope.”

The earthquake’s epicentre was close to Norcia – the birthplace of St Benedict. Civil authorities have condemned all the churches in the area as unusable, he said.