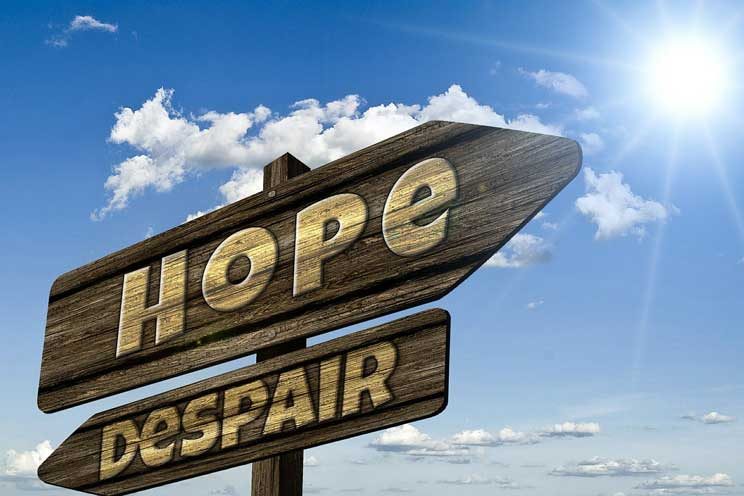 There is a temptation to identify partisan root causes in the #feesmustfall protests: mismanagement plus fiscal and political pressures coupled with a lack of dialogue; and student freedom and recalcitrance as the driver of destructive protests.

But we must beware a polarising narrative that runs contrary to the Christian ideal of building unity and which also disrespects the individuality with which we are blessed. How often do we read about the monoliths — the students, the government, the universities — without acknowledging that there are individuals at all levels, motivated by different experiences, perspectives  and aspirations?

Although almost war-like realities persisted across campuses, they were largely ignored by various other narratives reflecting divergent sympathies and antipathies — the violent or aggrieved students, the out-of-touch or victimised universities, the weak or robust government.

Our society was removed from unity, and so close to losing its sense of humanity. In 2016, this situation persists.

Pope Francis counsels us: “I encourage you — in an orderly, peaceful and responsible way, motivated by gospel values — to continue to overcome apathy and offer a Christian response to the social and political concerns present in your countries.” This must serve as the blueprint for a gospel-based response to the protests.

While there can be no tolerance for destruction and violence as an expression of protest, condemnation alone offers no solution. The question must be asked: What drives some young people to assert their frustrations and aspirations through destruction? How did we arrive at a point where “orderly, peaceful and responsible” dialogue has become unachievable?

What is beyond dispute is that there is real poverty among students. A few years ago, it was discovered that some students at Pretoria universities were sleeping in doorways on campus because they could not afford digs. Students speak of their struggles in long bus commutes between campus and townships where they live in dingy, poorly-lit, crowded quarters, and struggle to do assignments.

When the ashes — literally and figuratively — of the protests have settled, the priority will have to be how our tertiary education system can be restructured, not least to ensure that no student needs to sleep in doorways.

Questions of funding will have to form part of that dialogue. The Catholic bishops of Southern Africa have urged the private sector to inject more funding into tertiary institutions. Government will need to examine whether its budget for tertiary education is reasonable. Past expenditure has been comparatively measly; in 2012, Ghana’s investment in higher education in GDP terms was double that of South Africa’s.

Crucially, there will be a need to heal our universities. The debates and conflicts on campuses have had a polarising effect, among students and academics alike, with little opportunity for bridging the massive racial, ideological, economic and political divides.

There is a need to open the painful debate about the slow pace of transformation, the alienation black students are experiencing, the dissatisfaction with the way they are taught, and how subtle and not so subtle exclusionary practices still continue, the lack of leadership, the abuse of authority, the failure of government and so on.

That debate, perhaps facilitated by the truth and reconciliation commissions proposed in some universities, also will need to interrogate how the rights of individuals not involved in the protests were infringed. This process of debate and ultimately healing is where Catholics can offer leadership.

The words of Pope Francis in Laudato Si’ on the interconnectedness of all living beings has particular relevance to us as the struggles of students cannot be isolated from us but are intimately tied to us. We must enter into the crisis at our universities, into the lives of students and their families, and into our society which has created the conditions in which these student protests take place.

As Catholics we are called to bring into the world Christian harmony and to strive at all times to apply our moral and compassionate lens in a polarised world.

This is a time to put this calling into action.

Waterwise Schooling Looks to the Future