An Eternal Season of Mercy

In the world today, the definitions and certainties of the human experience are shifting. 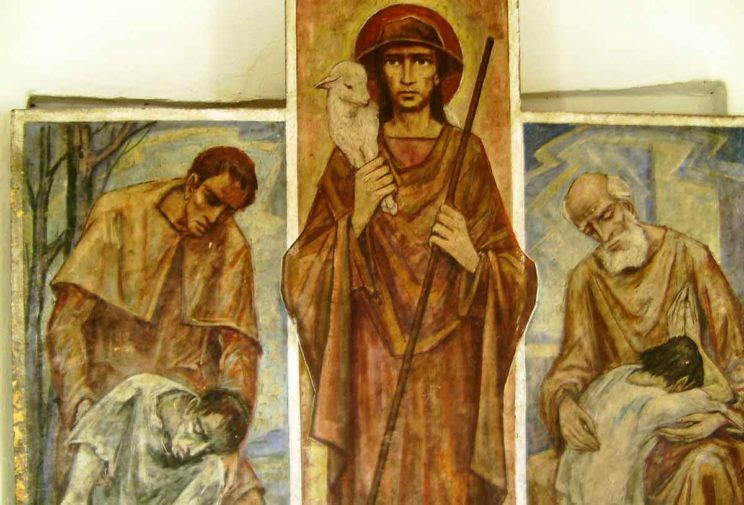 Family life, sexuality, sacredness of life and so many other areas of our human condition are subject to contestation and discomfort among those who enjoy historical certainty and those who find themselves outside classical definitions.

It is for these and many other reasons that the jubilee Year of Mercy, which ended on November 20, should be seen as not just an event that has come and gone. Indeed, the Holy Year made concrete the heart of the Church’s pastoral response which began at Vatican II.

Mercy clearly is at the centre of Pope Francis’ pontificate. We can understand this focus through one of the pope’s key statements: “Time is greater than space.”

For theologians like Fr Michael Kirwan SJ, metaphors of space often imply a lack of movement.  Phrases like “making a stand”, “adopting a position”, “forming a camp” and “defending a corner” suggest a closed and steadfast disposition. That is not always a bad thing because sometimes situations require that a position be taken.

Time, on the other hand, is shared with others, regardless of whichever space one occupies.

The notion of “confessions by appointment” must be revisited. Surely the sacrament must be offered in all parishes, preferably standardised at a set time.

The imagery of Holy Doors, so central to the jubilee year, suggests an openness to move from one position to another in order to better understand and encounter the human experience.

The Year of Mercy, therefore, cannot be a one-year project; it must be ongoing.

It demanded of the Church to stand not only among its faithful but also to turn its disposition outward to embrace and meet even those who struggle, for whatever reason, to have God in their lives.

During the Holy Year, Pope Francis took time every Friday to engage in works of mercy, mostly in the form of encounters with the marginalised. Many Catholics have followed his example by adopting some personal initiative.

But there must also be collective acts of mercy aimed at identifying areas in our communities and regions which need our collective focus. For example, there is nothing to stop the Southern African Catholic Bishops’ Conference from appointing certain Sundays in the year for prison visitations across the entire country.

A particular focus in the Holy Year was the sacrament of reconciliation, or confession. The Year of Mercy gave the Church the opportunity to explore and highlight this sacrament rigorously.

Pope Francis has called confession an “encounter with God’s mercy”. This is an important emphasis because it discourages that fear and a sense of judgment often associated with the sacrament.

We now need to encourage this focus on this sacrament, using the lens of mercy.

The notion of “confessions by appointment” must be revisited. Surely the sacrament must be offered in all parishes, preferably standardised at a set time.

The renewal of the sacrament of reconciliation would be a fitting legacy of the Holy Year, for both priests and the laity.

The emphasis of mercy at this time of the Church and the world has served as a proper pastoral response to our present needs. The Year of Mercy emphasised the very basic truth that all, without exception, have access to God’s merciful heart.

It also offered an opportunity for people to be part of the Church, even if they are not in harmony with all the teachings of the Church.

The Year of Mercy offered us a way of finding each other in our human situation. There is a personal dimension of pilgrimage and encounter which is ongoing.

Thus the Church as a whole is on pilgrimage towards the fullness of God who is the source of mercy. This movement can only be made fully manifest through engagement at all levels of the Church.

The Year of Mercy might be over but the season of mercy is just getting started. Let’s get on with it.