Remote Irish island will have Christmas Mass, despite transfer of ex-SA priest 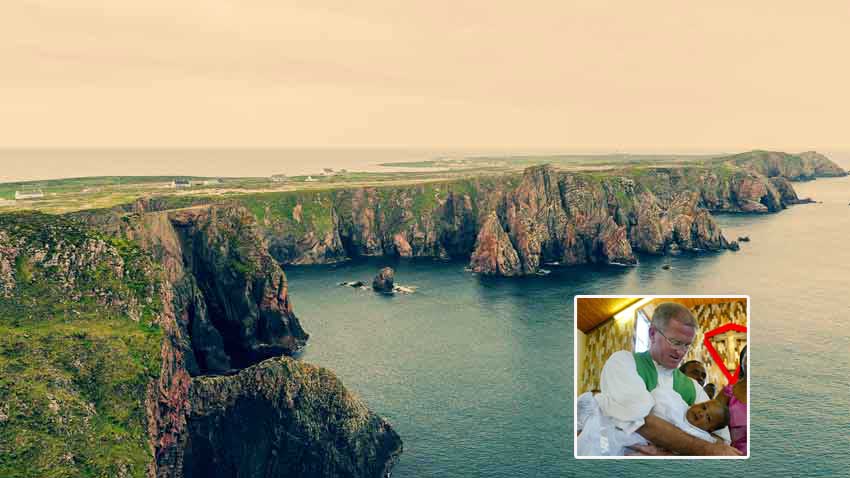 Tory Island, off the coast of County Donegal, Ireland
(Inset Fr Kieran Creagh, who worked in South Africa for many years)

Residents of a remote Irish island have had their prayers answered when it was confirmed they would have a priest to celebrate Christmas Mass.

Residents of a remote Irish island have had their prayers answered when it was confirmed they would have a priest to celebrate Christmas Mass.

Tory Island, off the coast of Donegal, had been without a priest following the transfer of Fr Kieran Creagh, who formerly served as a priest in Pretoria.

Fr Creagh, a Passionist priest who was well-known for his Aids activism, returned to Ireland after being shot twice and seriously wounded in 2007 by two robbers at the Leratong AIDS hospice he set up in 2004.

He was the first person in Africa to be injected with a trial HIV vaccine and was named Irish International Personality of the Year in 2004.

Fr Creagh had spent more than four years living on Tory Island, nine miles off the coast of County Donegal, but was reassigned to Ardoyne parish in Bekfast in September. Since then, the island’s 150-strong community has been without a full-time clergyman, even though temporary arrangements have since been in place for a substitute Catholic priest to be ferried over to the isle on weekends.

Although the Diocese of Raphoe still has not assigned a permanent replacement priest for the island, residents expressed relief on learning that arrangements had been made for a priest to travel from the mainland to celebrate Christmas Mass.

READ  Reach Out at Christmas to the Needy

Patsy Dan Rodgers, nicknamed the “King of Tory”, said he was delighted with the news.

“We miss not having a full-time priest over here and were sad to see Fr Creagh leave,” he said. “But we’ve been lucky enough to have had cover on the island for Sunday Mass ever since, and we’re extremely grateful for this, because priests are so scarce these days.”

“Christmas on Tory Island is like nowhere else. It starts on December 23 when Santa is flown over here in a helicopter. It’s a magical occasion for the children here, because he arrives with gifts.

“There’s another tradition which goes on here on Christmas Eve, where the older people are given gifts, like boxes of chocolates. And then of course, there’s the Christmas Mass, which is hugely important to us all.”

Mr Rodgers, 72, who makes a point of personally greeting every passenger ferry that lands on the 5km-long island, said religion still plays as important a role in the community as the flourishing Irish language. He said the remnants of a sixth-century monastery, founded by St Columba, demonstrate the outpost’s strong Christian tradition.—CNS