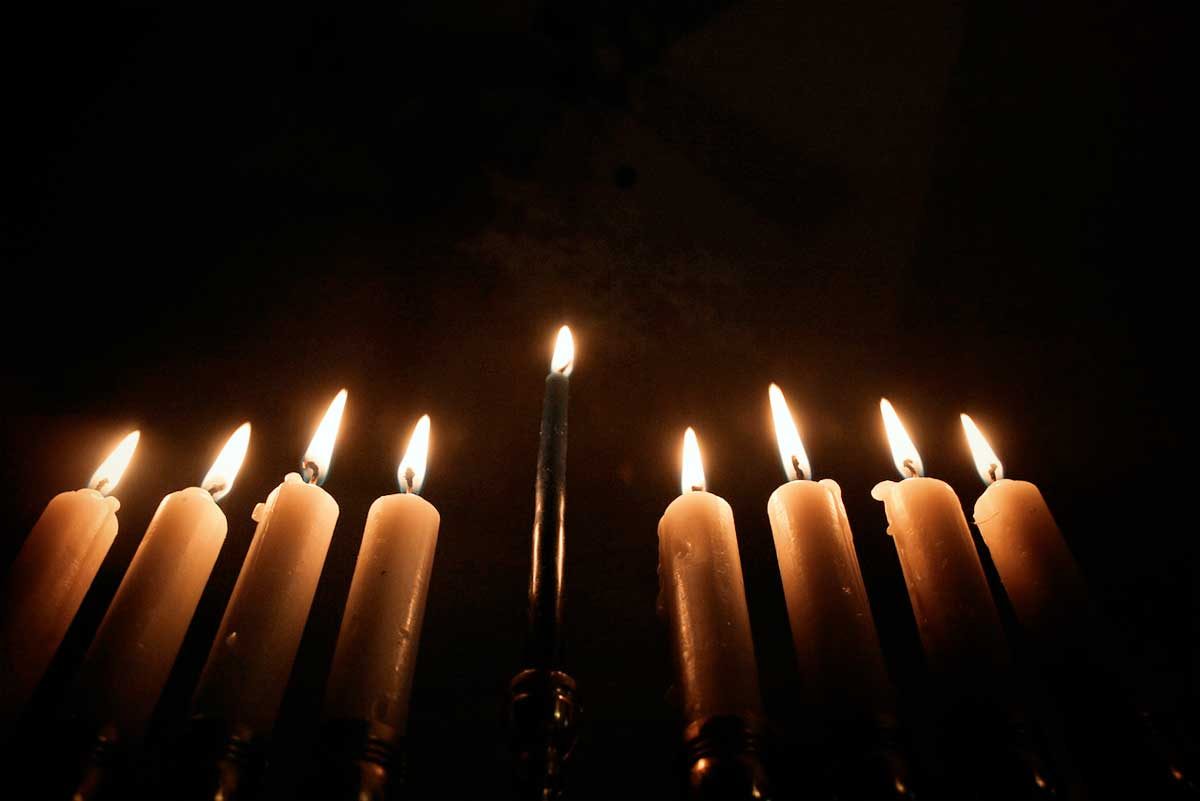 A short story by Margaret Schewe – Reuben was a fine astronomer, and as usual he was gazing up into the night skies. Keeping him company on this evening, I allowed my thoughts to drift back to our wedding day, seven happy but childless years earlier.

How beautiful you are, my beloved, how beautiful you are! Reuben had quoted from the love poem, before we took our solemn marriage vows, and I remembered thinking at the time, what lovely words those would be, but now his voice calling – Ann, Anna! – had interrupted my reverie.

“I must tell you what I believe I see, though I have doubted the faith of my own eyes,” he said. I knew he had been excited about a sighting for some time but had not mentioned it to anyone. Now he told of turmoil among the stars which led him to expect some fantastic event.

We sat together in silence. That was the last time the splendour of the heavens lured Reuben to explore their vast domain. He died soon afterwards.

Not long after Reuben’s death, my beloved grandfather Pagiel died. He had loved and lived the Torah, and by his life’s example had influenced my own. His exaltations upon the beauty and fragrance of the One to come enthralled and delighted me.

Broken-hearted though I was, I realised that the peace I longed for could be found only in God’s house. And so, taking with me the little wooden box studded with deep blue lapis lazuli Pagiel had given me on my wedding day, together with my treasured gifts of jewellery from Reuben, I made my way to the temple.

After several prayerful hours that first day, I went looking for a place to sleep. I knew my way round the temple. Reuben had worked there, and I had regularly accompanied Pagiel to the temple. Each year Pagiel would journey up to Jerusalem from the coast, bringing with him fragrant incense and candles for the Menorah, in readiness for the holidays of Rosh Ha-Shanah and then Yom Kippur, the holiest day of the year, the only day the High Priest entered the Holy of Holies.

Rejoicing in the continuous cycle of the Torah, I never left the temple, and the years passed.

On Sabbath days and festivals the high priest, who normally performed the temple rites, showed himself to the people dressed in golden robes, but on Yom Kippur he became another man, presenting himself as a sinner like the rest of Israel. His prayers on that day were directed to the God of Mercy, begging forgiveness for himself and the rest of the chosen race. For seven days before Yom Kippur he left his home to live in the temple to conduct the services alone.

All this was a prelude to the liturgy of the Great Day, to make sure that no mistake in word or gesture would be made in acts of atonement to Yahweh.

Each time I read the Song of Solomon, I was showered afresh with love and a yearning for the Promised One.

I was 21 when I moved into the temple. Simeon and I spent long hours in the temple. He would go to the Holy Ark, a niche in the East Wall, and take out the sacred scrolls. The Ner Tamid (eternal light) hung before the Holy Ark and was kept burning constantly out of reverence for the Torah.

Simeon would stand on the platform used for the reading of the Torah, and I would sit close by listening. He never seemed to notice me there, and we seldom spoke to one another.

I had eaten sparingly in my early years in the temple, but now I fasted. Simeon knew this, and would leave bread and some figs outside my door.

The cold weather began to affect me, and it was becoming increasingly difficult for me to walk to my room after spending all day in the inner temple. I saw the small parcel Simeon had left for me, and to my happy surprise there was also a sturdy stick. He had always silently seen to my welfare, and I asked the Lord to bless him abundantly, His kindness always reminded me of Pagiel.

It was Pagiel’s soft heart that had made him bless everyone and everything – bursting buds on an almond tree, or a poor man with his begging-bowl. And by sanctifying every act of daily life, even the most mundane with a blessing, he ceaselessly gave homage to his Creator.

A brilliant light filling my room had awakened me. I hobbled over to the window and saw a giant star. “Reuben’s star!” I exclaimed.

Each evening I marvelled at the star. After little sleep I would return to the sanctuary and sit in front of the Holy Ark. Staring at the burning ner Tamid, I pondered whether I had over the last few nights noticed a gradual fading of the star. As twilight descended I went again to gaze in wonder at it. Eventually I fell asleep an was soon dreaming of the bridegroom in the Song of Solomon. He was tall and slender,

His cheeks as beds of aromatical spices set by the perfumers. His lips as lilies dropping choice myrrh.

His fragrance enveloped me and I slept on. Rising later than usual, I felt remarkably refreshed, and the soft fragrance still hung in the air. I went almost briskly to the sanctuary, and the lovely fragrance intensified with each step. It was fresh myrrh and pure frankincense.

Upon entering the sanctuary I saw a young mother with a baby. She was peace and purity personified. Beside her was her husband, holding a cage containing two turtledoves. Unmistakable adoration was in his eyes for his wife and child. I also noticed his alert and protective manner. Simeon was there too.

Earlier Simeon had been at home saying the morning prayers, when quite suddenly he had felt compelled to go to the temple. Without finishing his prayers he had hurried forth. On his arrival at the temple he had sat down to regain his composure.

Coming towards him was a family of three. The parents had brought the child to do for him what the law required. They stood before Simeon, who took the child in his arms and blessed God, saying: “Lord, now let your servant go in peace”

When Simeon had finished praising God, he blessed the parents. They were amazed at what Simeon had said about the child. Looking at the mother Simeon continued: “This child is chosen by God and sorrow like a sword will pierce your heart.”

The love and gentleness of the couple for one another was obvious. I praised God and then spoke of the child to all who looked forward to the deliverance of Jerusalem.

I asked the mother: “What is the child’s name?” “Yeshua,” she replied.