Can there be Doubt in Faith?

Why do many believing Christians so often shrug and say things like: If there really is a heaven… Is faith always tied up inextricably with a measure of doubt? HL Pentz 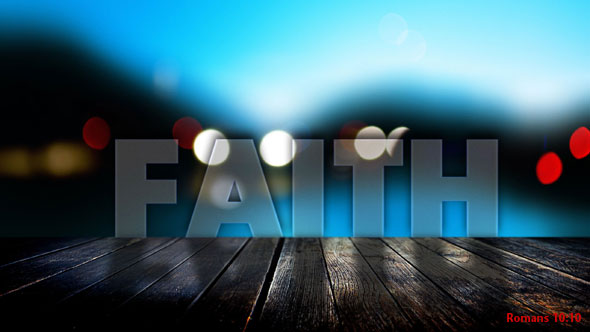 “We rely on the word of God who cannot deceive or be deceived.”

Thomas, the disciple of Jesus, displayed a huge measure of doubt when he was told that his Master, whose death he had witnessed, had come back to life (Jn 20:24-29). He knew from experience that the dead stay dead.

But when, to his shock, he saw the risen Jesus and heard him say, “Doubt no longer, but believe”, he was overwhelmed and instantly made his act of faith in the resurrection.

You and I do not have this kind of privilege. Our faith relies not on what we have experienced but on what we have been told, that is, that Jesus Christ, the Son of the Father, was crucified, died, was buried and then came back to life.

We get this conviction from the Church’s unwavering teaching which relies on the Apostles as eye-witnesses. We accept it on their word.

We are the ones Jesus referred to when he said to Thomas: “You believe because you can see me. Happy are those who have not seen and yet believe.” We have freely accepted the evidence faithfully transmitted to us from those who saw the risen Lord.

It is instructive to read 1 Corinthians 15 where St Paul reminds his new Christians of the many who saw the risen Jesus, and stresses that he preaches Christ as raised from the dead and that we shall be likewise raised: “For if the dead are not raised then Christ has not been raised…but in fact Christ has been raised.”

The Christian faith is centralised on the good news of the truth of the risen Christ. St Paul wrote: “If Christ has not been raised, your faith is futile and you are still in your sins.”

Now, if our faith is firm in this respect, it is not really possible to have doubts. God’s revelation cannot have limitations. It is absolute and we give it our unqualified assent. This absolute derives from its supernatural character and from divine grace given to each believer.

When we commit ourselves to belief in the divine mysteries, we are said to have the certainty of faith, which is not identical with an obvious truth or the result of rational thought. We rely on the word of God who cannot deceive or be deceived.

In moments of tragedy, depression or sickness, the certainty of faith is often challenged and we are tempted to doubt or despair. Through prayer and perseverance we are also enabled to find new meaning in our faith and so grow stronger in it.

Why Do People Go On Pilgrimage?

How Can We ‘Judge Ourselves’?

In his column headed "Who am I to judge?", Fr Ron Rolheiser wrote that God and Jesus judge no one,...