Imagine Being Evicted After 75 Years? 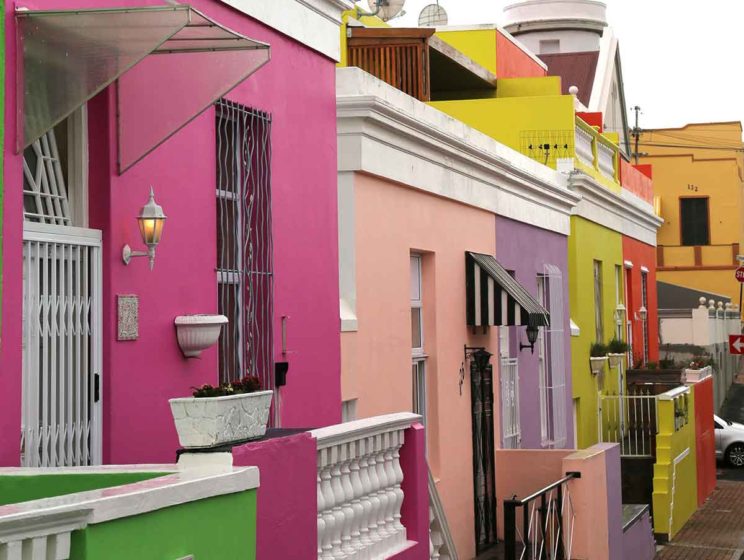 A street in Cape Town’s Bo Kaap, a traditional Malay neighbourhood whose long-time residents are beng pushed out by gentrification. (Photo: Hans Bruckmann)

It has been said the gentrification of our cities is quietly achieving what apartheid regime could not complete: cleansing the inner city areas of the poor.

And since the poor in South Africa are mostly black — and here I use that term inclusively to refer to all who were oppressed under apartheid — gentrification is not just about economic class, as if this wasn’t bad enough, but is also racism by the back door.

Gentrification is a global phenomenon. It can be defined as the process of renovating the houses in a neighbourhood so that they conform to middle-class taste — and the rental prices that go with it, so that its working-class community can no longer afford to live there. Or they may be evicted from their homes and community of many years by the property developers who have bought the houses they live in.

A case of the latter was in the spotlight a few weeks ago in a court case in Cape Town during the hearing application regarding the emergency accommodation of the 27 people due to be evicted by a faceless property developers syndicate from houses in Woodstock’s Bromwell Street.

The lawyers of the defendants had just argued that the majority of the 16 adults living in Bromwell Street are unemployed and cannot afford the high rentals of the edges of the inner city but do not want to be stuck out in the middle of nowhere.

They were in court to challenge the City of Cape Town’s plans to relocate them to temporary emergency accommodation at Wolwerivier Farm, 28,2km outside the city. The Bromwell Street families said they cannot live a dignified life in Wolwerivier and asked the city to look at available options in their home community, which they say exist—and the city claims are unfeasible.

They cited as among their needs being close to public transport and schools, as they are in Woodstock.

It is staggering that Western Cape High Court Judge Leslie Weinkove, during a hearing application regarding the emergency accommodation for the 27 people due to be evicted, should have asked, as if this was 1967 and not 2017: “What’s the point of being near a school? What’s the point of them being near transport?”

There is also the question of ripping people out of their communities, as the apartheid regime did when they forcibly removed the coloured people of District Six, Claremont, Harfield, Constantia and other areas.

Think about Brenda Smith. She is 75 and has lived her whole life in number 128. She knows Woodstock as a vibrant, multiracial place that escaped apartheid’s Group Areas Act. Lately she has seen several streets being cleared of long-time residents, removed to far-off places, like once the victims of apartheid’s forced removals were.

Blikkiesdorp, which houses families who have been evicted and removed from Woodstock and Salt River in recent years due to gentrification, is now full. So the city is making other plans, like removing black farmers from Philippi Farm area — probably the last green lung that feeds the city with affordable agriculture products.

All existing and planned relocation camps have in common that they’re in Cape Town’s peripheries that were planned according to the apartheid spatial planning. Many of these temporary areas are constitutionally questionable.

At many relocation camps in the city, evictees are now struggling with extreme levels of poverty, unemployment, and are victim to crime and substance abuse. The isolation devastates families.

Apartheid spatial planning was designed to separate people according to race, and to reserve the inner city and best suburbs for white residents only. It depended upon the establishment of isolated, peripheral townships and upon the removal of black people, especially coloureds, there.

It created the sprawling and segregated city design which continues to largely exclude working-class black people from the option of living in or near the inner city.

And now, in 2017, people of supposed justice like Judge Weinkove, ask what are these people doing in the city if they are unemployed. But this, actually, is the crux of the matter.

To date, the City of Cape Town has failed to address the legacy of apartheid, even by cutting transport costs and commuting times into the city for working- class people. And it is averse to providing affordable accommodation in the inner city for them.

This approach reiterates the apartheid principle that working class black people should be migratory workers, and not residents in and around the inner-city.

We have seen a string of cases to conclude that rather than changing the violent apartheid spatial geography, Cape Town is actually implementing the opposite: Tramway Road in Wynberg, Tafelberg in Sea Point, Woodstock, Salt River, the Bo Kaap, District Six, through to Mowbray, Newlands, Claremont, Constantia, to Simon’s Town and Hout Bay; the Holy Cross properties at the top of Searle street, and now Bromwell Street. It sure is starting to look like a systematic cleansing of working-class people of colour.

Constitutional Court Justice Dikgang Moseneke, at a talk I attended recently, spoke about Bromwell Street as being at the core of social justice issue and not a mere legal one.

“This is actually not simply an issue of these people’s relocation, let alone deciding to dump them in the middle of nowhere, almost like in another country…turning these souls into refugees in their own land,” the judge said. “This is about social justice and redressing not only past wrongs, but present ones.”

Justice & Peace in the Cape Town archdiocese made its voice heard in the Tafelberg saga by opposing the City’s refusal to build social housing on the site, in support of the citizen movement Occupy The City.

I think it opportune for the Church to enter the fray against gentrification, in Cape Town and throughout the country’s cities. It is a cause screaming out for social justice. Because, once people feel disposable, and their voice meaningless against the ever-expanding greed of property developers, they will behave like disposables.

They’ll see the city as an entity fostering their oppression. From there it is a small leap from regarding it as an enemy. And what do you do to enemy ground? You attack to destroy it.

And by experience we know that not even a police city can survive an attack from within its own people.

Politics lately have been a challenge to all of us, dividing families and friends alike on lines we knew were...