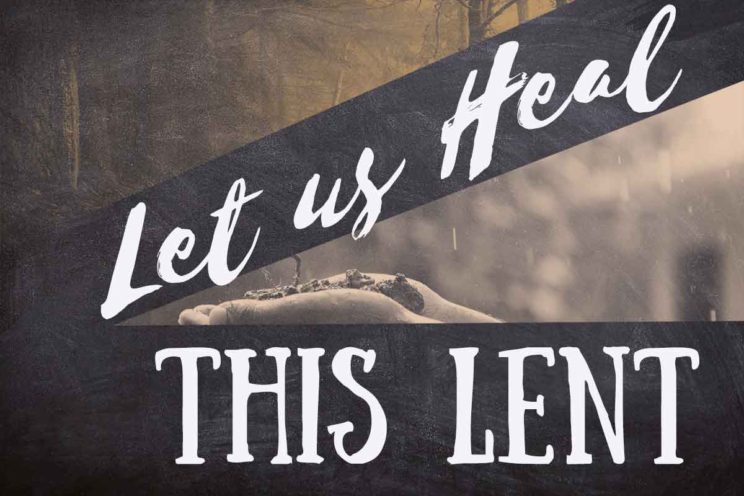 For Catholics, and some other Christians, it is part of life’s cultural tradition to make the sacrifice of giving up some luxury or vice for Lent – sweets, alcohol, cursing, Facebook.
Even among those who otherwise do not follow Christian practices there are many who participate in the Lenten sacrifice. It is indeed salutary to make such sacrifices, especially if this is tied to almsgiving and provided it incorporates the dimension of penance.

The Lenten sacrifice  which can also involve taking on a virtuous practice  can have a purifying effect, cleansing us in anticipation of Our Lord’s resurrection at Easter. We should therefore be joyful in undertaking this annual ritual of exercising self-control and doing penance, even if especially if it is laborious or painful.

We must not be ostentatious in our Lenten sacrifice, as Jesus teaches in Matthew 6:16-18, of which we are reminded every Ash Wednesday.

When you fast, do not look gloomy like the hypocrites, Jesus said, using the contemporary term for actors. To put on a show, they neglect their appearance, so that they may appear to others to be fasting They have received their reward.

Jesus’ advice to us is to bear our sacrifice joyfully but discretely. But when you fast, anoint your head and wash your face, so that you may not appear to be fasting, except to your Father who is hidden. And your Father who sees what is hidden will repay you.

Our fast and penance is not to be a public spectacle, nor a test of endurance, nor a cultural custom. It is our way of communicating directly with God.

But Pope Francis wants more from us than to give up chocolate. In his Lenten message the pope calls on the faithful to make a difference in the lives of people who are experiencing material, spiritual and moral destitution by taking practical steps to alleviate it.

Material poverty must be addressed by more than just token alms. It requires our engagement in places of need, and it requires a reconfiguration of society by confronting the violations of human dignity in areas of food, water, work, development, education and healthcare.

Our consciences thus need to be converted to justice, equality, simplicity and sharing, the pope says.

READ  Path to the Passion: The Raising of Lazarus

Pope Francis identifies as elements in moral poverty vices such as alcohol, drugs, gambling and pornography. No doubt he would also include sexual immorality in that category.

It is the spiritual poverty, not living as children of God and brothers and sisters of Christ, which Pope Francis addresses particularly in his message. He calls the absence of God in one’s life the only one real kind of poverty.

The real antidote to spiritual destitution is the Gospel, Pope Francis says.

All Christians are therefore called to proclaim the liberating news that forgiveness for sins committed is possible, that God is greater than our sinfulness, that he freely loves us at all times and that we were made for communion and eternal life.

The pope’s directive to us this Lent is to discern whether we are already evangelising and whether we are doing so in imitation of Christ. Of course we are called to do so every day, not only in Lent.

One area of destitution the pope does not address in his message is the debris of inter-personal relationships which have broken down.

People can bring great joy to others, but they can also inflict emotional wounds. All of us have experienced and caused hurt, through actions, omissions and words.

Our faith instructs us to love, and it does not offer us the option of making exemptions, even if we naturally keep failing at meeting the command.

This Lent, our programme of sacrifice and penance might include healing relationships with those from whom we have become estranged: within marriages and families, among friends and colleagues. If we run a vendetta against somebody, we must drop it.

Making the first move might require offering forgiveness that is difficult to grant or exercising humility against one’s nature.

Indeed, this might be what Pope Francis means when he says that real Lenten sacrifice requires a dimension of penance and pain.