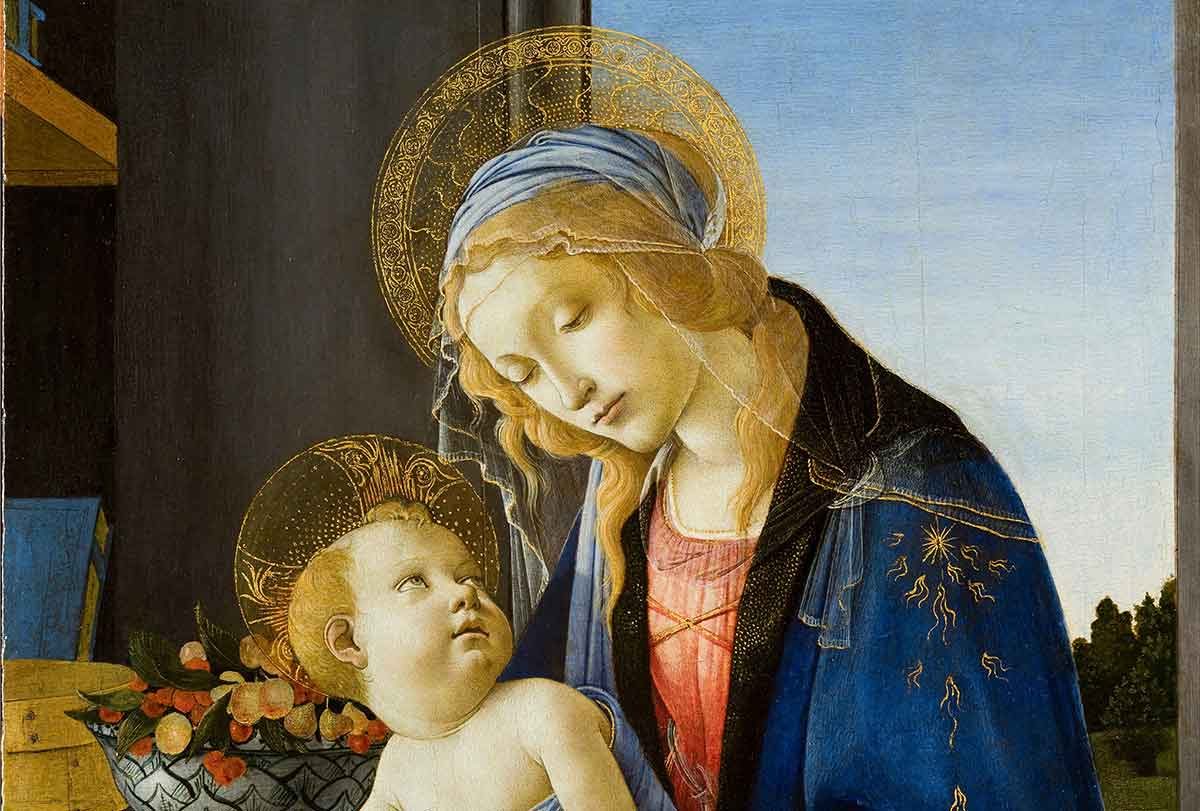 This painting titled “Madonna and Child. (Madonna of the Book)” (circa 1484-1490) by Renaissance artist Sandro Botticelli is one of several included in an exhibition titled “Botticelli and the Search for the Divine” on display at museums in Williamsburg, Va., and Boston. (CNS photo/Muscarelle Museum of Art)

The culture wars of today have nothing on those from Renaissance times.

In Florence, Italy, in 1497 – after people had been repeatedly warned that some instruments, books, sculptures, paintings and clothes could lead them away from their faith — thousands of these items were thrown into a huge pile in the centre of the city and burned in the famous Bonfire of the Vanities.

Among the works of art said to be set afire were some of the paintings of nudes or characters from mythology by Sandro Botticelli, who was a contemporary and friend of Michelangelo and Leonardo da Vinci and who painted a number of religious images and the famous paintings “Birth of Venus” and “Primavera.”

A current U.S. exhibition of Botticelli’s works, many of them appearing in this country for the first time, places the modern audience right in the middle of this tumultuous period and also shows how this time of intense spiritual scrutiny impacted the artist.

“Botticelli and the Search for the Divine: Florentine Painting Between the Medici and the Bonfire of the Vanities” opened Feb. 11 at Muscarelle Museum of Art at the College of William &amp; Mary in Williamsburg. After its April 5 closing there, the exhibit heads to its only other venue, the Museum of Fine Arts in Boston, where it will be on display April 18-July 9.

The exhibition provides a sense of the artist’s spiritual journey, said its curator, John Spike, assistant director and chief curator at the Williamsburg museum.

Spike, a member of St. Bede Catholic Church in Williamsburg, is an art historian, author and lecturer. He also is a permanent consultant to two Italian museums and served on the faculty of Rome’s European University and the Pontifical Athenaeum Regina Apostolorum (Queen of Apostles).

When he spoke to Catholic News Service and another reporter March 10 at the Muscarelle Museum of Art, he lingered in front of some paintings that were obvious favourites.

Spike was thrilled with the attendance at the exhibition, 30,000 in the first month alone, and he said people wanted to learn more about the artist, which was obvious by the crowds continually gathered around the volunteer docents’ guided tours of the collection.

Museumgoers were sure to pick up more than a few facts about Botticelli, whose given name was Alessandro Filipepi. He lived from 1445 to 1510 and spent most of his life in Florence except for the year he spent painting frescoes in the Sistine Chapel. The wealthy ruling Medici family, before they were overthrown, sponsored his works during the height of his career.

The 16 Botticelli paintings in the exhibition were primarily loaned from Italian museums and churches. There also were six paintings by Botticelli’s teacher, Filippo Lippi. On two opposite walls, giving a sense of history, was the death mask of Lorenzo the Magnificent, ruler of Florence and patron of the arts during Botticelli’s time, and a portrait of Dominican Father Girolamo Savonarola, the priest who ordered the burning of secular objects. 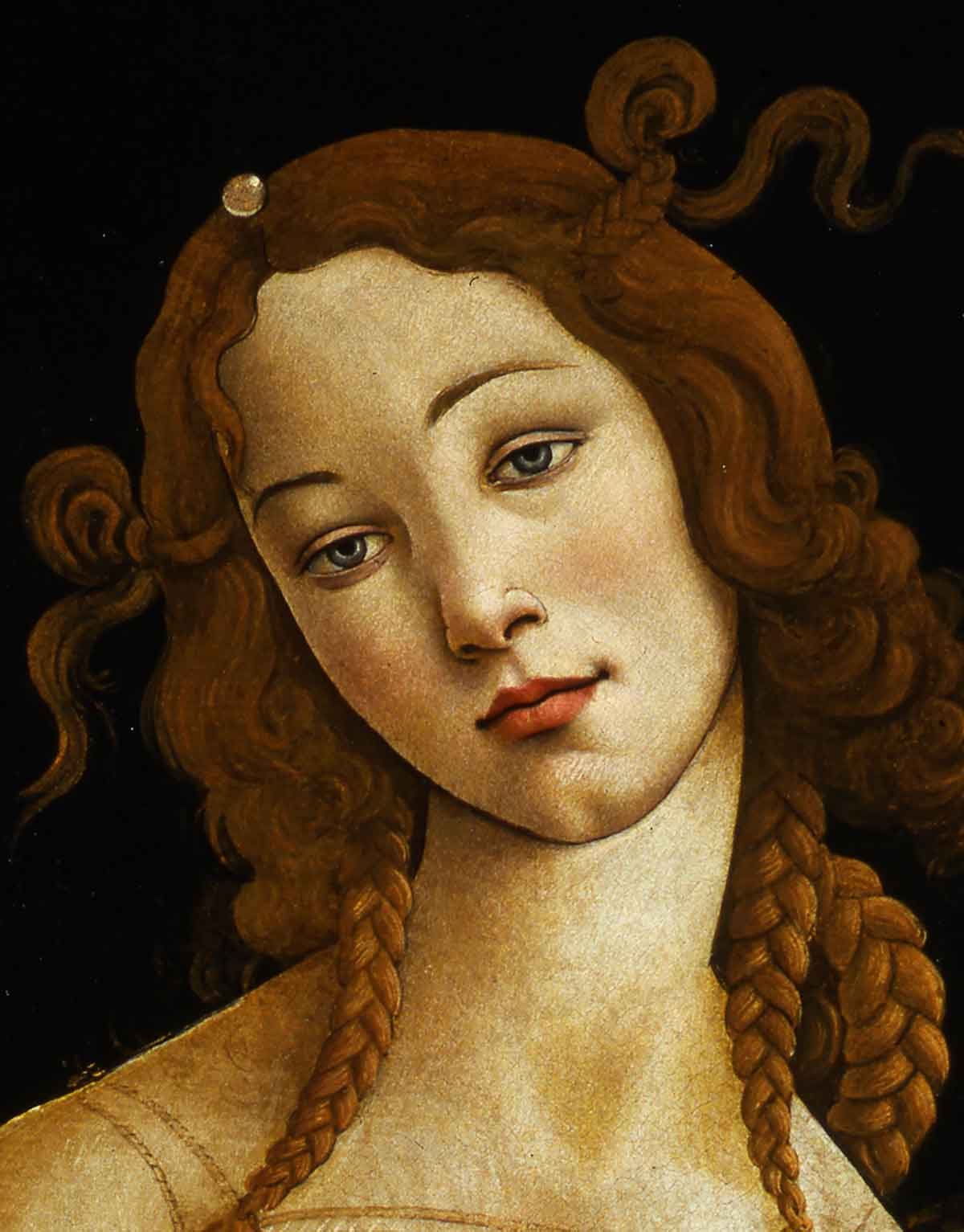 This painting titled “Venus” (circa 1484-1490) by Renaissance artist Sandro Botticelli is one of several included in an exhibition titled “Botticelli and the Search for the Divine” on display at museums in Williamsburg, Va., and Boston. (CNS photo/Muscarelle Museum of Art)

The exhibition’s catalog says the paintings “introduce us to the life and the art of Sandro Botticelli, with emphasis on his lifelong effort to make visible the invisible beauty of the divine.”

Spike said he specifically divided the works into three sections to tell the story of the artist’s journey. The first room centred on Botticelli’s early years and the styles, particularly of the Madonna and Child that he learned from Filippo Lippi. The second room included Botticelli’s top works with paintings of mythology such as “Judgement of Paris” and “Venus,” which is a smaller version – one of only two in existence – featuring the goddess from his famous “Birth of Venus” displayed at the Uffizi Gallery in Florence.

Another Botticelli painting, “Madonna of the Book,” features Mary holding the infant Jesus while looking at a sacred book. The catalogue describes this painting as a small panel that “offers a glimpse of heaven as imagined in the mind of Sandro Botticelli.”

To get to the last room, museumgoers passed a cutout wooden sculpture, “Christ Crucified.” Spike said the image, not marred by the brutality of the crucifixion, captures male beauty and has been described as one of the artist’s greatest pieces of sacred art.

The last room contained a small selection of the artist’s little known later works. These were painted in the years just prior to Botticelli’s death, after the fall of the Medici family and the death of the angry preacher Father Savonarola. The paintings are more austere than his previous ones; subjects are more serious and the colours are darker. Clearly something has changed in the artist’s overall style.

The “Madonna and Child,” displayed in the exhibit’s last section, does not evoke any of the tenderness of the Madonna in the previous room. In this painting, there is no fruit, no open book on a table, no touches of gold or bright blue paint. Mary’s eyes are nearly closed and Jesus is not looking at his mother but looking away.

Even more jarring may be the work “Madonna and Child with the Young Saint John the Baptist” where Mary appears to be handing her infant son to John the Baptist. The characters here are large and their eyes are closed. Spike pointed out that Mary, who is leaning over, would not even fit in the frame if she were to stand up straight.

The exhibition’s catalogue, quoting a critic of these later works, described them as “at times painfully intense” with their “pressing even desperate need to convey meaning and to provoke emotion and perhaps destroy beauty.”

For Spike, the collection worked as a whole, but he never pinpointed exactly what he hoped viewers would walk away with, leading this reporter to think the paintings reflect the full package of faith: the comfort and beauty it can give along with the unavoidable and difficult challenge it poses.

Spike said the final pieces with their “deliberately unbeautiful” images needed to be viewed with the idea of what the artist was trying to convey. He said Botticelli wanted to “remove anything that might come between us and the message.” By Carol Zimmermann Catholic News Service