The Benefits of Celebrating the Fatima Centenary 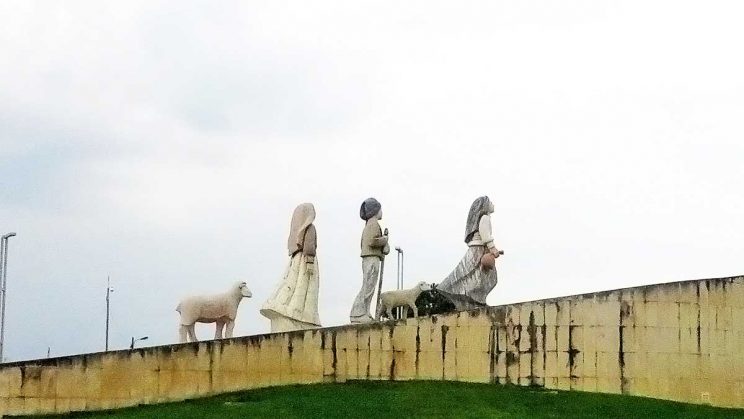 As the Church celebrates the 100th anniversary of the apparitions of Our Lady in Fatima, Portugal, Prof MICHAEL OGUNU explains the benefits of celebrating the centenary.

LAST week we looked at how to celebrate the centenary of the apparitions of Our Lady at Fatima which took place between May and October 1917 to three shepherd children—Lucia dos Santos and siblings Francisco and Jacinta Marto — in that small town in northern Portugal.

This week we look at the benefits of properly celebrating the apparitions of Fatima.

What is the significance of the Fatima centenary?

The Fatima centenary is significant as a historical occasion on which we will express our praise and gratitude to the Most Holy Trinity for the love poured out, through Mary, on a humanity in need of being reconciled with God and longing to get up from the abyss.

The message of Fatima is as relevant and significant today as it was 100 years ago. For even though the world has witnessed the demise of the Soviet Union, we find ourselves faced with many of the same evils as faced the world in 1917.

We only have to look around us to see how the world is engulfed in sin. An unparalleled explosion of sexual immorality, contraception, abortion, divorce, cultism, corruption, mindless bloodletting across the world and a host of other crimes abound today because too few people are fulfilling Our Lady’s request at Fatima.

We should renew our dedication to the Holy Rosary and pray it at every opportunity. Prayer and penance can bring our sinful world back to God.

What is an indulgence?

As defined in the Code of Canon Law (992) and in the Catechism of the Catholic Church (1471): “An indulgence is a remission before God of the temporal punishment due to sins whose guilt has already been forgiven, which the faithful Christian who is duly disposed gains under certain prescribed conditions through the action of the Church which, as the minister of redemption, dispenses and applies with authority the treasury of the satisfactions of Christ and the saints.”

What plenary indulgences has the pope granted for the centenary?

According to an official statement released by the Shrine of Fatima, Pope Francis has granted plenary indulgence for the year of the centenary of the apparitions of Our Lady of Fatima: 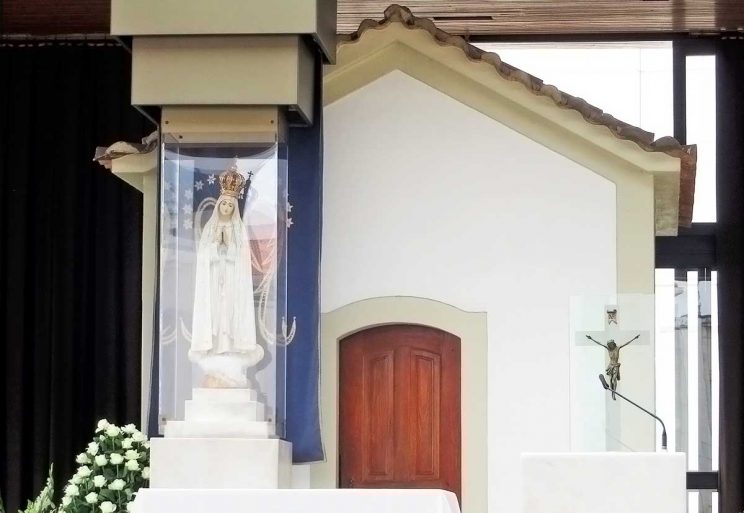 The Apparition chapel in the sanctuary of Fatima, where Our Lady appeared to the shepherd children in 1917.

What are the conditions for a plenary indulgence?

To gain indulgences, whether plenary or partial, one must be a Catholic, not excommunicated or in schism. It is necessary that the faithful be in a state of grace at least at the time the indulgenced work is completed.

A plenary indulgence can be gained only once a day. In order to obtain it, the faithful must, in addition to being in a state of grace:

What does the First Saturday Devotion consist of?

The special devotion which Our Lady strongly emphasised should be practised by all Catholics in reparation to her Immaculate Heart is the First Saturday Devotion.

The First Saturday Devotion consists of performing the following acts on five consecutive first Saturdays of the month:

To those who perform the First Saturday Devotion faithfully according to the way it should be done as described above, Our Lady promised to assist at the hour of death, with the graces necessary for salvation.

What does Pope Francis say?

Pope Francis on May 11, 2016, said Our Lady of Fatima “invites us once again to turn to prayer, penance, and conversion. She asks us to never offend God again. She forewarns all humanity about the necessity of abandoning oneself to God, the source of love and mercy. Following the example of St John Paul II, a great devotee of Our Lady of Fatima, let us listen attentively to the Mother of God and ask for peace for the world.”

Prof Michael Ogunu is a member of the International Board of Trustees of the World Apostolate of Fatima and Coordinator of the Fatima Apostolate in Africa.

What We Can do for Souls in Purgatory

People Must Choose: Path Toward Holiness or Nothing