How We Dress for Mass

In the 1920s a lively debate in The Southern Cross focused on the immodest dress of women who displayed their ankles. The debate about how to dress, especially when attending Mass, continues today, even as bare ankles have become quite tolerable. 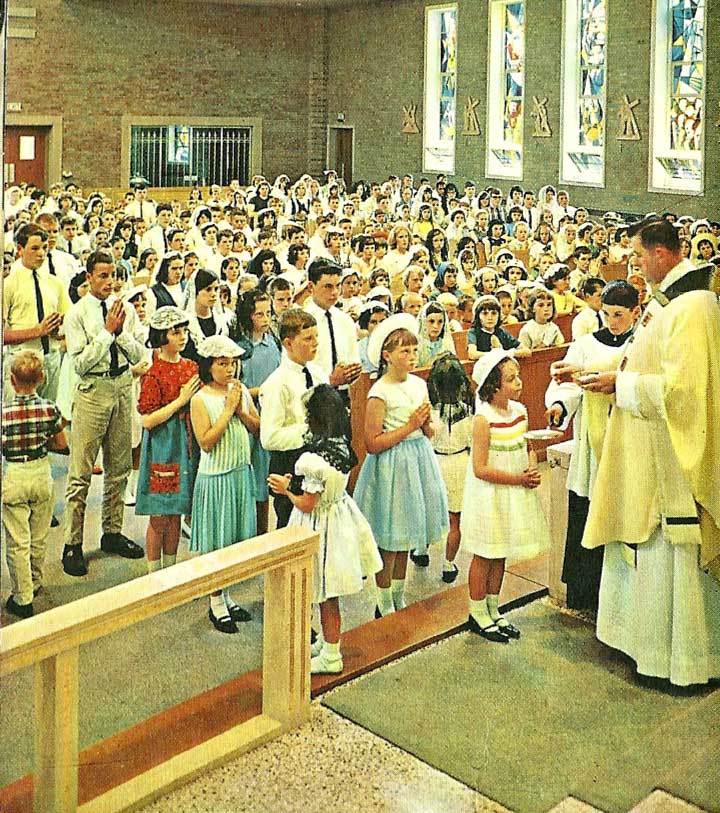 “…we must not lack charity towards those who see such things as dress norms differently.”

In a recent Open Door column on the subject, Michael Shackleton pointed out that modesty affirms the sacredness of the human person and so it preserves the human body from becoming an object of curiosity and lust […] Most do not intend to be immodest or provocative, but they can forget that they are taking part in solemn worship in a holy place, not out on the public roads.

There are also valid grounds for objection when congregants wear T-shirts with sexually suggestive, never mind explicit, slogans. These can cause legitimate scandal and those who wear them should be politely advised that their wear is inappropriate, certainly in the setting of the Mass.

Sartorial norms, preferences and expectations are subject to fashion, culture and climate. A century ago, culture was scandalised by women who exposed their ankles; today even conservatively dressed women expose much more leg. Until 1917 it was even mandatory, in canon law, for women to wear mantillas at Mass.

Until not too long ago, the standard dress code for professional men was limited to suits and tie. Today, many professionals wear jeans and open-neck or golf shirts to work. And where in the northern hemisphere the two-piece suit may correspond with the climate, they can induce severe discomfort in South Africa’s hot summers.

There is no disrespect in dressing for comfort, even at Mass. Yet, there can be a thin line between that and wearing too brief shorts, or clothing more suitable for the beach.

Objections to the way others dress for Mass tend to focus not only on the immodest but also on perceived sloppiness. They ask: Would people wearing casual gear present themselves dressed like that at other formal settings, such as a job interview or a wedding? Should they not dress at their best exactly when visiting God’s house?

To such objectors, slipshod garb indicates not only a lack of respect for the dignity of the Mass, but also a failure to acknowledge or understand its ultimate wonder: being in the presence of God.

At the same time, the Mass is not a fashion show at which sartorial styles are up for judgment.

The Mass etiquette debate risks placing the focus on external matters when it is our interior state that is much more important and we cannot know one’s interior state by their appearances.

Our Lord made this clear when he repeatedly warned against hypocrisy. Referring to the pious scribes and Pharisees, he said: All their works are performed to be seen. They widen their phylacteries and lengthen their tassels (Mt 23:5).

To Jesus, external appearance is meaningless as an indicator of the interior.

Indeed, we might well use the act of dressing for Mass as an opportunity to interrogate our own interior state: Could we be choosing an outfit to demonstrate our piety (and, perhaps, status)? Can we say that others are less virtuous because their dress code differs from ours?

We must beware of anything that may induce us to judge others, which can be an occasion for sin (Mt 7-1-5). And we must not lack charity towards those who see such things as dress norms differently.

Conscious of the fluidity of cultural norms and of the material poverty of many people, the universal Church enforces no dress protocol for Mass, though certain churches, especially those frequented by tourists, insist on modesty in attire. Some dioceses and parishes have also issued guidelines.

Views on appropriate dress for Mass are inevitably subjective. What is vulgar and distracting to one person may be quite acceptable to the next.

However, there are some qualities on which all can agree. As a minimum and within one’s means, one should attend Mass wearing clothes that are clean, neat and modest.

And when a fellow congregant’s clothes fail to match our expectations, let us not be incensed by it, but say a prayer for them. Updated from 2012