Pope: Mercy toward Others Means Taking Risks and Maybe Even Suffering 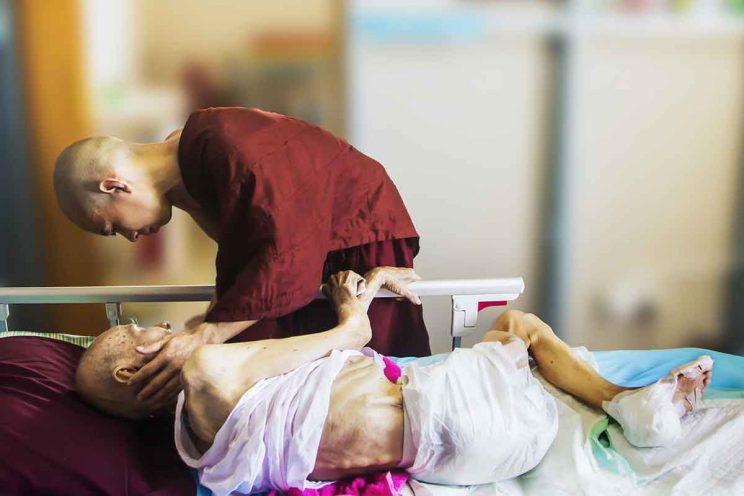 Works of mercy are not a way of easing one’s conscience but are acts of suffering with those who suffer, Pope Francis said.

Being merciful toward others means not only sharing in their pain but also taking risks for them, the pope said in his homily during morning Mass in the Domus Sanctae Marthae.

The pope’s homily focused on the day’s first reading, from the Book of Tobit, which tells how the author, one of many Israelites in exile, mourns the death of an unknown kinsman who was murdered and buries him, an act forbidden at the time in Assyria.

A work of mercy, like the one performed by Tobit, isn’t just a “good deed so that I can be calmer, so that I can take a weight off,” but it is a way of “sympathizing with the pain of others,” the pope said.

“Sharing and sympathizing go together,” he said. “A person who knows how to share and sympathize with other people’s problems is merciful.”

Tobit not only risked his life in breaking the law, he also endured ridicule by his fellow Israelites. To do a work of mercy, the pope explained, “means always enduring discomfort.”

“It makes us uncomfortable,” he added, “but the Lord endured discomfort for us: he went to the cross to give us mercy.”

Pope Francis said that men and women are only capable of doing works of mercy “because the Lord has mercy on us” through the forgiveness of sins.

“We think about our sins, our mistakes and how the Lord has forgiven us. He has forgiven us all, he had this mercy, and we do the same for our brothers and sisters,” he said.

“The works of mercy are those that strip us of selfishness and make us imitate Jesus more closely,” the pope said. By Junno Arocho Esteves Catholic News Service