Why the Chalice As Well?

We were taught that the host contains the Body and Blood of Jesus Christ. Why, then, are we also offered the chalice at Communion these days? Angela Botha 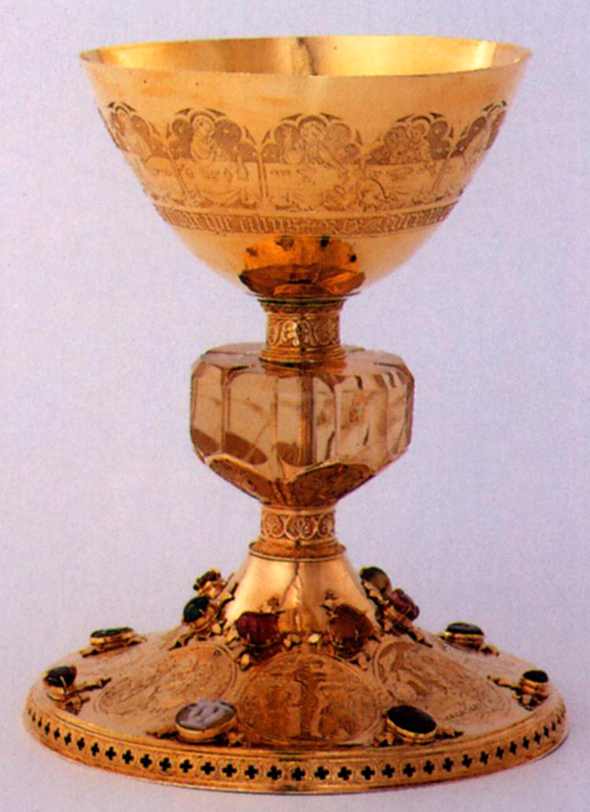 The Second Vatican Council allowed Communion under both kinds in certain exceptional cases, and this is why you are sometimes offered the chalice as well as the host.
The Council of Trent declared that Christ is truly (not figuratively), really (not symbolically) and substantially (not virtually) present under what appears to the senses to be bread and wine. A Trentunicant who receives either apparent bread alone or apparent wine alone still receives Christ whole and entire and a true sacrament.

What you were taught has its origin in this declaration. The consecrated host or a portion of it and the consecrated wine or a drop of it, contain Christ present in his body, blood, soul and divinity.

Protestant reformers, not holding that Christ was truly present in the Eucharist, insisted that communicants must be given both bread and wine so that the eucharistic meal can clearly show that they eat and drink at the Lord’s Table. This insistence was to demonstrate the Reformers’ disapproval of the Catholic practice of not giving the faithful both Body and Blood of Christ in Communion, but the Body alone.

It was for practical reasons that the Church towards the middle of the 12th century had discontinued administering the chalice to the faithful at Mass, mostly because of the danger of accidental spillage of the Precious Blood. After Trent the practice became the norm, and it is still the norm.

At Sunday Mass in the Latin Rite in most churches to this day where large numbers receive the Eucharist, it is dispensed under the appearance of bread only.

The Second Vatican Council allowed Communion under both kinds in certain exceptional cases, and this is why you are sometimes offered the chalice as well as the host.

Generally, a parish priest receives the bishop’s authority to judge when, among small congregations or for special occasions, he may distribute Communion under both kinds. He must first ensure that communicants are properly instructed and there is no danger of profanation of the sacrament.