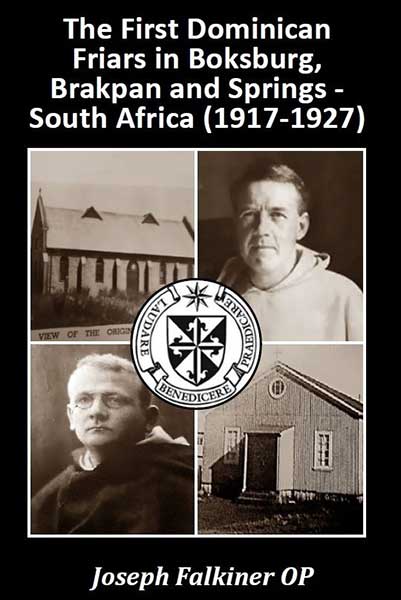 Some 400 Dominicans, friends and parishioners came together at the Blackfriars Dominican community in Springs, Gauteng, to celebrate the centenary of the friars’ presence in South Africa.

Also marking the centenary was the launch of Fr Joseph Falkiner’s book The First Dominican Friars in Boksburg, Brakpan and Springs–South Africa (1917-1927) in Johannesburg.

The book describes the founding members and their work in the first ten years of the order in the country. You can purchase the book from Radio Veritas

In 1917, Fr Laurence Shapcote OP (1864–1947) arrived in South Africa to officially investigate the possibility of setting up a mission on behalf of the English Province of the Dominican Order. This marked the foundation of the male Dominican presence in the entire Southern African region.

One hundred years down the line, Dominican friars remain present and contribute in many ways within and outside the Church.

At the Springs celebration, guests included papal nuncio Archbishop Peter Wells, who presided over the Mass as the main celebrant. The homily was delivered by Fr Bruno Cadoré, the master of the Dominican order worldwide and current chancellor of the Pontifical University of St Thomas Aquinas in Rome.

Fr Cadoré applauded the contributions Dominicans have made in the region and described the centenary as a moment of renewal.

The Southern African bishops were represented by Bishops Abel Gabuza of Kimberley and Duncan Tsoke, auxiliary in Johannesburg.

At the reception, Fr Stanislaus Muyebe OP, the local prior of the order, noted that the centenary celebration was a “moment of grace” for the Dominican family and a time to celebrate the vision, the gifts, the risks as well as the various blessings received.

Dominicans and the Kroonstad Diocese

He recalled how Dominicans started the Kroonstad diocese through the founding of parishes, and their involvement in the promotion of Justice & Peace, of which Fr Muyebe is the current coordinator.

Dominicans have also been involved in intellectual ministries such as publishing and lecturing, ministries to the oppressed and impoverished, Catholic media, the Young Christian Workers, and the foundation of the Theological Education by-Extension College (TEE).