Why Cape Town will have a special Assumption liturgy

The Church in Cape Town will gather on August 20, the transferred feast of the Assumption, to ask our Mother to intercede for a nation desperately in need of prayer.

The liturgical celebration at Our Lady Help of Christians church in Lansdowne, which starts at 14:30, will give thanks for the many graces that the local Church has received in its 200-year history, and pray for South Africa as South Africa is again placed under the patronage of Mary. 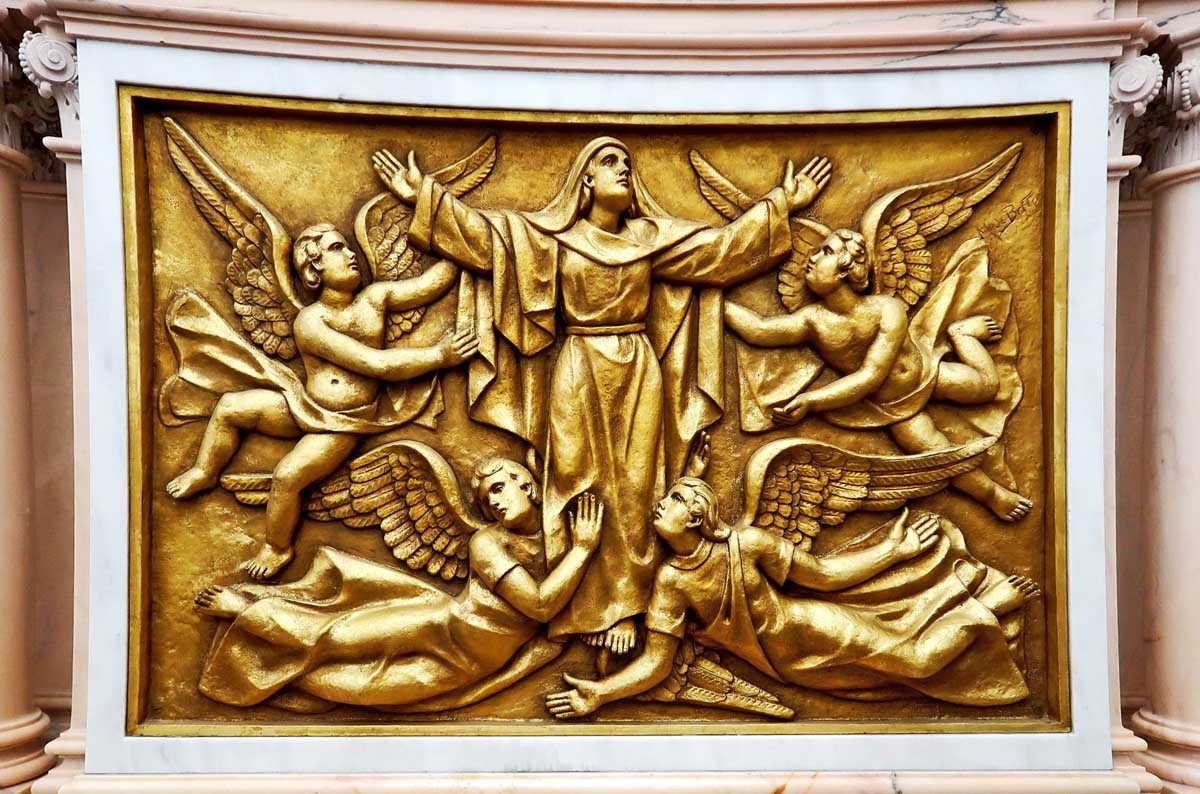 Mary’s Assumption is depicted on a relief in Fatima’s Holy Rosary basilica. The feast of Our Lady Assumed into Heaven, which is South Africa’s patronal feast, falls on August 15. In Southern Africa it is transferred to the following Sunday — this year on August 20. The archdiocese of Cape Town will hold a special Mass in Lansdowne to give thanks for the many graces that the local Church has received in its 200-year history, and pray for South Africa as South Africa is again placed under the patronage of Mary.

The Assumption of Our Lady was appointed as South Africa’s patronal feast in 1952.

Catholics living outside Cape Town or unable to attend the archdiocesan liturgy are asked to join the congregation spiritually with their prayers for South Africa, perhaps in their respective parish churches and diocesan centres.

“Let us storm heaven with our prayers,” the organisers said in a statement. “Our people need to find hope once again. Our politicians and leaders need a guiding light to chart the future of this country on a course that will lift our people out of poverty and stimulate the economy,” they said.

“We pray that the Holy Spirit will guide all those who hold our destiny in their hands. We pray for ourselves, that we can make decisions that are in keeping with God’s plan of love for each of our lives.  We ask our Mother to protect us all and keep us safe under her mantle.”

In June, a Mass in Cape Town’s St Mary’s cathedral marked the launch of a year-long celebration of the local Catholic Church’s bicentenary.

Today Catholics represent around 8% of the South African population. The Church and its members are active in all spheres of South African life: community initiatives, education, healthcare, politics, media, and civil society.

“Our victories occurred against a backdrop of strong opposition,” the Assumption Mass organisers said.

“With the arrival of the Dutch, the few priests who were working in the country were forced to leave. Then the British banned the Church from operating. During the apartheid years, the Church was seen as a threat because it spoke out against a system that it described as ‘intrinsically evil’ and it promoted multiracial education in its schools,” they recalled.

“We did not achieve all this by our own grace alone. We did this because we were under a Mother’s protection,” they added.

“Never has a nation needed a mother more. Who else are her children to turn to when they cannot find work or a home in which to live a dignified life? To whom can they take the pieces of their broken lives, marred by poverty and the scars of abuse, abandonment, xenophobia, addiction, crime and hopelessness? In a nation that has lost its guiding star, who can help us to find the way out of a quagmire of corruption, poor leadership, bad governance, and a web of confusing untruths and conspiracies? To whom do we hand over the joys and struggles of our own lives?”

Fixing Up Our Holiest Churches

Pope at Canonisation Mass: Saints Risk All for Love of Jesus