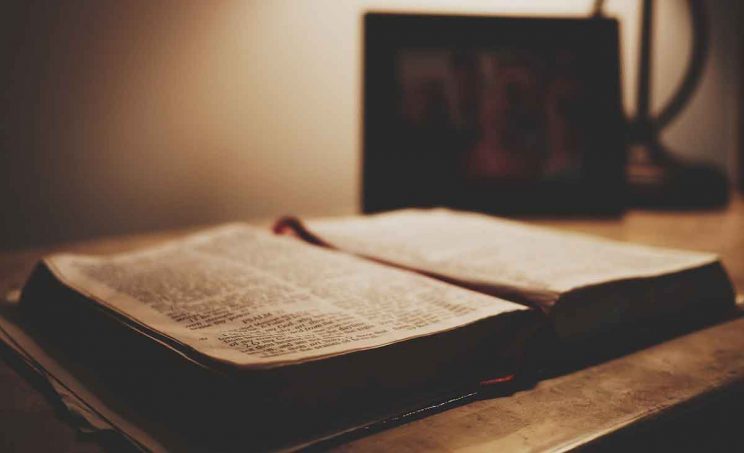 The Bible has never been neglected by the Catholic Church. This is because both the Old Testament and the New have only one core, one point of reference, and that is Jesus Christ.

The Catholic Church itself has been blamed for this misrepresentation, especially by antagonistic or ignorant Christians who were taught that Catholics disdained or belittled the Bible, the sacred book venerated by millions as the holy Word of God.

It has been said that the Church prefers to find Christ in its sacraments and liturgical ceremonies and not in the pages of Scripture, where he is to be truly found and experienced under the enlightenment of the Holy Spirit. Vatican II urged that easy access to the Scriptures must be given to the People of God.

The Reformation and the Bible

This is not an accurate reflection of history, but it must be admitted that at a time when the Renaissance and the Reformers were emancipating the people from stiff conformity as well as some abuses in the Catholic Church, the new vernacular biblical translations and the invention of printing affected the Church of Rome adversely.

Thousands of copies of new versions of the Bible in the language of the people, with footnotes that interpreted texts contrary to Catholic teaching, circulated rapidly.

It would be a mistake, however, to draw from this that the Reformation — which began 500 years ago this year with the protests of Martin Luther, who translated the Bible into the German vernacular — and the spread of literacy wrested the Scriptures from Catholicism.

Saturated in the Bible

The Church has always held that its magisterium provides the authoritative interpretation of the Bible.

It must not be forgotten that the early Fathers of the Church and innumerable writers of the early Church — the people who developed what we call the tradition of the Church — had an impressive knowledge of the Scriptures, some even before the canonical texts had been universally accepted.

Christian authors, poets, artists and sculptors have given expression to sublime works having biblical themes and overtones.

Many ancient churches and buildings in Europe contain equally evocative frescoes, mosaics and paintings that indicate that neither their creators nor the Christians of the time were ignorant of the contents of the sacred books.

Preaching and the liturgy have never been celebrated without scriptural readings and references to our Christian heritage deriving from Judaism and the man Jesus, who of course was himself a Jew.

That said, we have to face it: Catholics know the important events of the Bible but probably few really know their way around the books of the Old and New Testaments.

And this is what the annual celebration of Bible Sunday — always on the last weekend of August — desires to address: to urge and encourage Catholics to read, discuss and pray the Bible freely.

Already, those who are taking this to heart, either in Catholic or ecumenical circles, are finding the spiritual satisfaction of knowing Jesus Christ in a more intimate manner.

The impetus given to the Church in this regard by Vatican II must be further developed.

In its Dogmatic Constitution on Divine Revelation, or Dei Verbum, the council reminded us that the Scriptures, together with sacred tradition, impart the Word of God himself and make us hear the voice of the Holy Spirit through the words of the prophets and apostles (21).

Vatican II urged that easy access to the Scriptures must be given to the People of God.

May this be brought about as quickly and as practically as possible, for the good of the Church and its relations with other Christians.