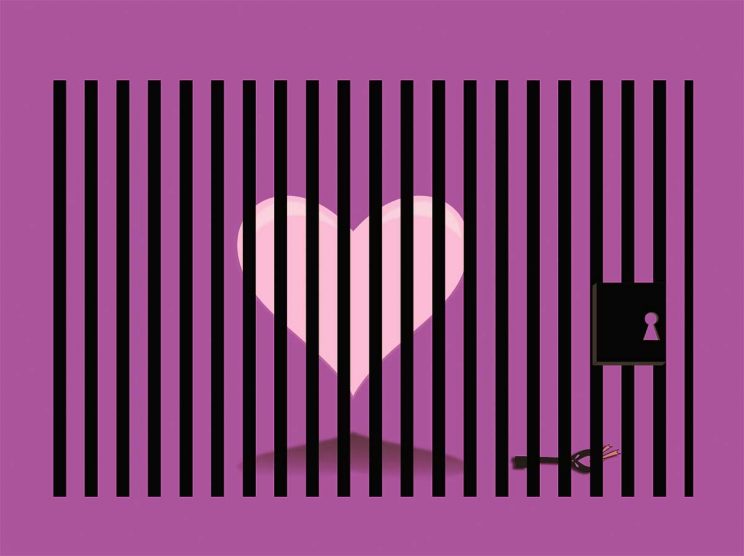 Every woman knows all too well the stirrings within her that come from being attracted to someone and hoping to be noticed by them. I have not escaped such a treachery and soon found myself in love’s quarters.

At first I laughed at myself for even finding him handsome. He was a friend and I had not had such feelings until then.

It was not long before my uncensored imagination led me to the lonely lair of daydreaming. Here I entertained many visions until my heart was content: I was his best friend, then his girlfriend, and soon I was meeting the parents. There was an engagement to be followed by a marriage filled with unending happiness.

Back in real life, the scarcity of his WhatsApp texts always brought me back to the reality that perhaps my affections were not to be returned.

He was friendly, but never flirtatious, polite but never truly interested in the way I had hoped he would be. I was left to find my way through the maze of my confusion and unguarded thoughts and emotions.

Still my phone never buzzed, the screen never flashed, save for the copious amounts of chatter from people I did not wish to hear. There were only so many LOLs and emojis that I could take before growing frustrated with the silence from his side of the chat. There was no “Hi” or “How are you doing?” or “Great skies today”. I resolved to think through every possible cause for this.

I shuddered at the thought that there might be other girls only too keen to impress this young banker. I was then ashamed of myself for not taking extra care to ensure that he indeed was single.

I presumed he would not entertain my attempts at having coffee and lunch with him if he was in a relationship. But this in itself should have alerted me. I was often the one only too willing to make arrangements while he politely submitted to them. Unless I was oblivious to something, suggestions of a pursuit on his part was rare. I wondered how in wearing my sexy skirt and lipstick I had failed in making myself irresistible to him.

It Was All Make Believe

I accepted that there would not be a future with Instagram couple’s selfies modified with just the right filter. There would be no likes, tweets or #Babe, #Missyou, #TheOne, #loveyoualways. I was embarrassed that my insensibility had led me on a course to disillusionment.

The feelings remained and I didn’t know how to discard them. His absence had at first evoked feelings of longing, but soon it was easy to forget that I had even thought of him in that way.

On occasion I would see him, more muscular and athletic than before. Then, what had started as an innocent fascination had grown into an unsolicited admiration, and now my femininity wished to understand better his masculinity.

Eventually time would give way to what it really was. There were no lunches, calls or texts. With the exception of a few “dates” the rest were all imaginings, conjectures, factions and make-believe.

The heart is deceitful above all things and beyond cure. Who can understand it? – Jeremiah 17:9

The mind, untamed and misbehaving, can cause agony to the heart it tries to guide. It leaves the heart to ponder the joys that could have been from a bridge left uncrossed.

While it’s important to guard our bodies it’s so easy to forget to do the same with our hearts. We are not called to be cold, unsociable creatures or to be indifferent to the movements within us. It is, however within our power to use these feelings to help us understand what it is we really want—and why we’re “engineered” to want it.

Cry of the Young Heart

Why the Church is Losing the Youth!