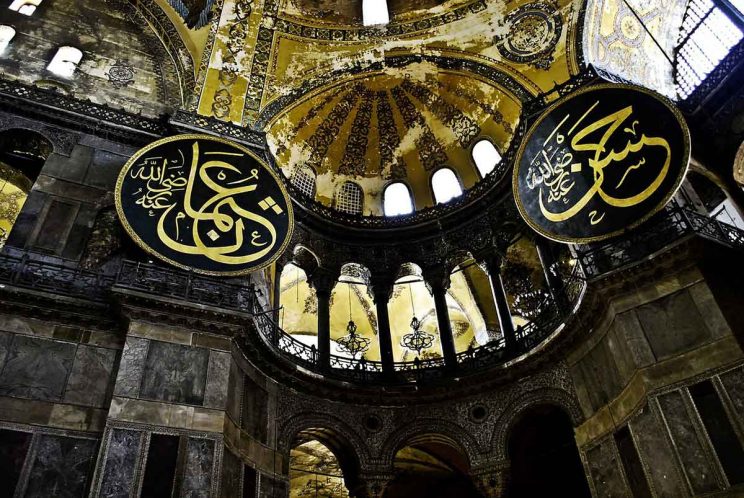 General Intention: That Christians in Asia, bearing witness to the Gospel in word and deed, may promote dialogue, peace, and mutual understanding, especially with those of other religions.

To understand the Church in Asia, we have to focus on its experience as a tiny minority. We Catholics are a minority in South Africa but we make up part of the Christian majority.

To appreciate the Asian situation, we have to imagine what it might be like if Christianity were still a minority faith in comparison to traditional African religion.

The figures are contested but the percentage of Christians in China is conservatively estimated to be 2,3%. And Catholics are therefore an even more miniscule minority. How do you relate to your own people when you are so small and the majority regard you as a rather odd foreign, even barbarous sect? You obviously have to tread warily.

Minorities are rarely threats to the state but they are convenient scapegoats when the state gets unpopular. It is an age-old trick of politicians to distract discontent by conjuring up bogeymen from among minorities.

The periodic violence suffered by Christians in India, for instance, seems to stem from political weakness rather than strength. An incredibly diverse country like India is hard to unify.

The militant Hindu Bharatiya Janata Party (BJP) tries to unify it around Hindu identity and uses distrust of religious minorities to further this aim. This is easy to do with Christians but with a very large hundred million minority of Muslims this seems like a dangerous ploy because the Muslims are strong enough to fight back, and they have Pakistan as a natural ally.

According to the 2011 census, the number of Christians in India is around 28 million, which sounds impressive but the number almost disappears in a country of over a billion. 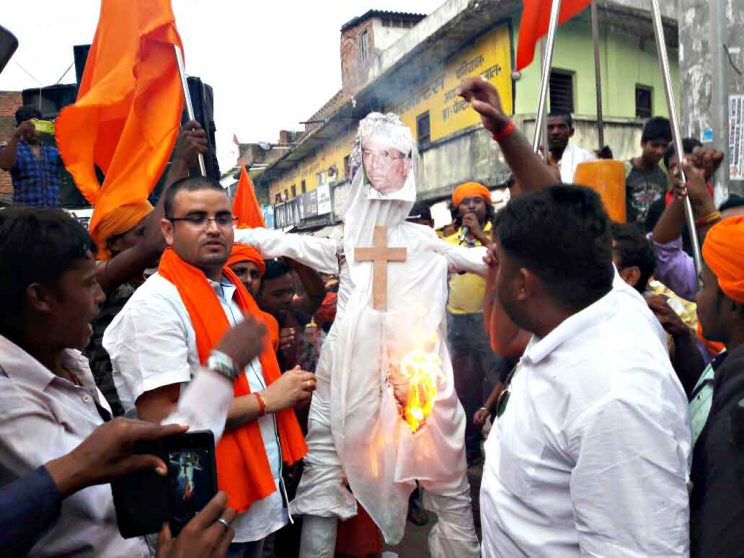 But Catholics in India tend to “punch above their weight” thanks to the considerable influence of educational institutions — and this can upset the social system of caste.

If a low-caste person becomes a Christian and receives a good education which enables the convert to move up the social ladder, then this can irk and threaten people with a conservative Brahmin mentality who want society to remain the same and keep low caste people in their place.

Christians in Asia are like St Paul at the Areopagus (permanently so), striving to find common ground and common concepts with which to proclaim the Gospel. But notice that this does not mean watering the Gospel down.

The theologian Tomas Halik points out that Paul’s focus on the statue to the “unknown God” is not a random choice. The problem with the Greek gods was that they were all too well known, mere reflections of human nature, warts and all. 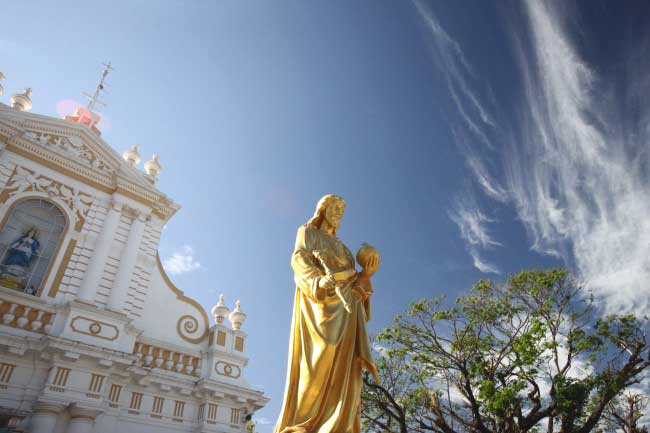 Church of Our Lady of the Immaculate Conception in Pondicherry, India. It was demolished by the French, Dutch and the British and consequently had to be rebuilt four times over the past 300 years.

God is only Truely Known Through Grace

The God of Judeo-Christian revelation is unknown in the sense that this God is truly transcendent and only properly known through a gracious process of revelation which culminates in the incarnation of Jesus Christ.

The monument to the unknown god was something the Areopagites were familiar with, but Paul tried to proclaim to them the true meaning of their “unknown”, not just a god that might have been overlooked but the one true God who is ultimately unknowable unless he graciously deigns to speak to us.

I would imagine that, politicians apart, Christians in Asia are generally respected by their neighbours. There is a dialogue of theological experts which takes place at high level conferences.

But there is another dialogue which has been called the “dialogue of life” which happens in the ordinary interactions between ordinary people who get on with the business of being good neighbours and respecting the common humanity in one another.

We pray for the dialogue which takes place at all levels for our brothers and sisters in Asia and we pray for the sensitivity to understand that what we do in our majority Christian societies can affect them as minorities.