When did Jesus Realise his Divinity?

Was Jesus only aware of his divinity after his Baptism?

I recently saw an overseas television programme on the early life of Jesus, who was portrayed as a young person normal in all respects: helping St Joseph, playing with his contemporaries, and very bright, maybe even a savant. But it was stated that Jesus was not aware of his divinity until he was baptised in the River Jordan with the descent of the Holy Spirit. How would the Church respond to this viewpoint? Rex Barnes 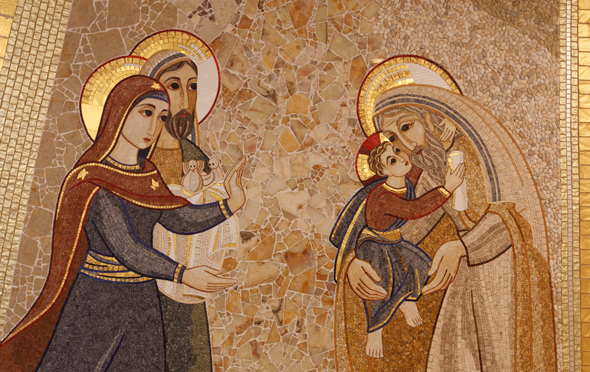 The Council of Chalcedon (451) declared that in Christ the divinity and humanity are united in a single divine person, without confusion, change or separation. (CNS photo/Paul Haring)

From as early as the first century, Christians acknowledged that Jesus Christ the man was both divine and human, as is plainly expressed in the Apostles’ Creed.

In time, speculation began on how it was comprehensible that a created man could be united with the uncreated divinity. This was a difficult exercise because Jesus Christ the God-man was a mysterious and unique event in human history.

Words and phrases had to be found to express this mystery, but these had to be in a way precise enough for general agreement. Because of this initial conjecture, misunderstandings arose, some of which were condemned as heretical.

The television documentary that you viewed seems to have shared this idea. If Jesus did not know he was divine, then he must have used his knowledge as a human person. But he is not a human person.

The Word was made flesh (Jn 1:14) demonstrates that the Word, the Second Person of the Godhead, became man. Jesus is a divine person possessing the nature of God and the nature of man.

The Council of Chalcedon (451) declared that in Christ the divinity and humanity are united in a single divine person, without confusion, change or separation.

Theologians point out that as man Christ learned from use of his senses and reason (acquired knowledge), his soul was in communication with the Father (infused knowledge) and he was united in the divine nature with God himself (beatific knowledge).

In Christ there is no human individual or human person distinct from God the Son, so there was never a moment, either before or after his baptism by John, that Jesus was unaware of being the only Son of the Father, full of grace and truth (Jn 1:14).