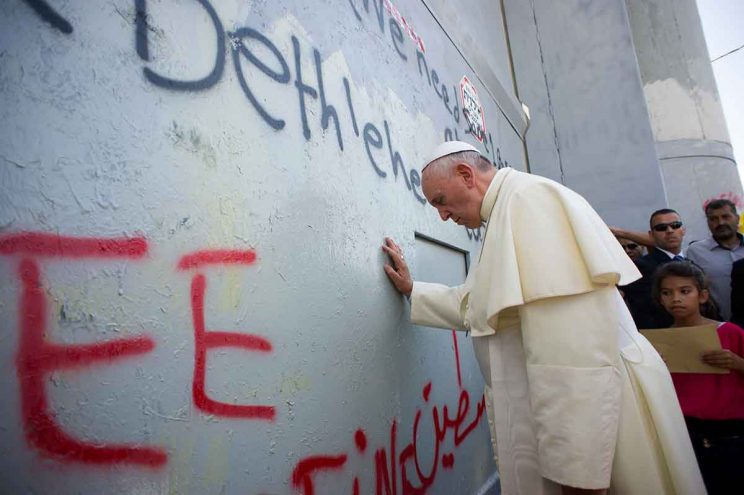 Fifty years of military occupation is too long, as a columnist last week noted.

Tony Magliano, who writes internationally about issues of social justice, in his column quoted a Human Rights Watch official as saying that few Palestinians “have escaped serious rights abuses living under Israel’s occupation of the West Bank, whether it’s a child imprisoned by a military court or shot unjustifiably, or a house demolished for lack of an elusive permit, or checkpoints where only settlers are allowed to pass”.

Palestinians in the West Bank and East Jerusalem, including Catholic and other Christian institutions, have had land confiscated by the immoral wall which Israel has built in territory that isn’t theirs. The town of Bethlehem, birthplace of the Prince of Peace, is encircled by the wall as if it was a jail, 8m high and dotted with watchtowers.

Israeli settlements are constructed, in contravention of international law, on occupied territory. Settlers regularly commit such racist acts as deliberately and often fatally hitting Palestinian schoolchildren with their cars, burning Palestinian-owned olive groves and houses, desecrating churches and mosques, and so on. They do so with impunity because Israeli justice rarely holds them to account. The town of Bethlehem, birthplace of the Prince of Peace, is encircled by the wall as if it was a jail, 8m high and dotted with watchtowers.

These acts do not get the world media’s attention.

The 50-year-long occupation could have ended a long time ago with the establishment of a Palestinian state, but Israel has sabotaged this with, first, making demands in negotiations that could not be accepted by Palestinians, and second, by the construction of the settlements. 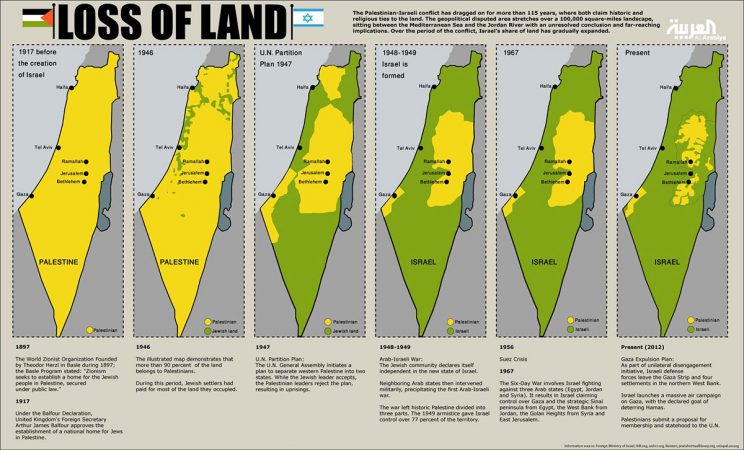 A two-state deal that would involve either the dissolution of the settlements or placing them under Palestinian control would create an impossible political crisis for Israel, perhaps even a civil war.

And Palestinians could not accept the spotted-dog geography its borders would take if these settlements remain under Israeli control, never mind the removal of Palestinians from their ancestral land to facilitate a cohesive border. Palestinian leaders, especially peace activists, are open to that solution. A stumbling block would reside in addressing the right of return: the demand that the properties forcibly taken by Israel in 1948 be returned to the dispossessed.

Israel has, for all intents and purposes, killed off the two-state solution.

The only real option for peace, and an end to the scandal of an occupation that has already lasted half a century, is a unitary secular state under a constitutional democracy with enshrined minority rights and guarantees for immigration by persecuted Jews.

Palestinian leaders, especially peace activists, are open to that solution. A stumbling block would reside in addressing the right of return: the demand that the properties forcibly taken by Israel in 1948 be returned to the dispossessed.

The trauma of that dispossession, a gross historical injustice that is rarely acknowledged, is written into the psyche of Palestinians. But how can the ethnic cleansing of 1948 — Israeli government and military documents leave no doubt that this terminology is correct — possibly be reversed?

For Israel, its identity as a Jewish state is seen as non-negotiable, even if the state’s population includes 20% Palestinians.

A history of persecution throughout Christian Europe gave rise to the need for a Jewish state to serve as a refuge. If Israel is not a Jewish state, the reasoning goes, it loses its purpose of existence. Veterans of the anti-apartheid struggle who have seen these injustices describe what is being done to the Palestinians in the occupied territories, and in blockaded Gaza, as being much worse than apartheid.

But the establishment of that safe haven, and its expansion into territory under military occupation, has involved the brutal dispossession of those who lived in these places for centuries before 1948, and continues in the West Bank and East Jerusalem today.

The victims of inhumanity are now the perpetrators of it. Peace will require concessions and reparations from those who are committing injustices.

Veterans of the anti-apartheid struggle who have seen these injustices describe what is being done to the Palestinians in the occupied territories, and in blockaded Gaza, as being much worse than apartheid.

And just as South Africa needed the pragmatism of courageous leaders to break the apartheid deadlock, so will Israel and Palestine. As in 1980s South Africa, the oppressed have such leaders languishing in jail, particularly Marwan Barghouti, who often is called the Palestinian Nelson Mandela (Israel regards him as a terrorist). Will Israel find its FW de Klerk?

It is up to the voters of Israel to identify genuine peacemakers and elect them into positions where they can facilitate a peaceful and just solution through good-faith negotiations.

And it is up to the rest of the world to communicate to Israel that this is what we expect from them.