Book on Zimbabwe Martyrs to be Launched 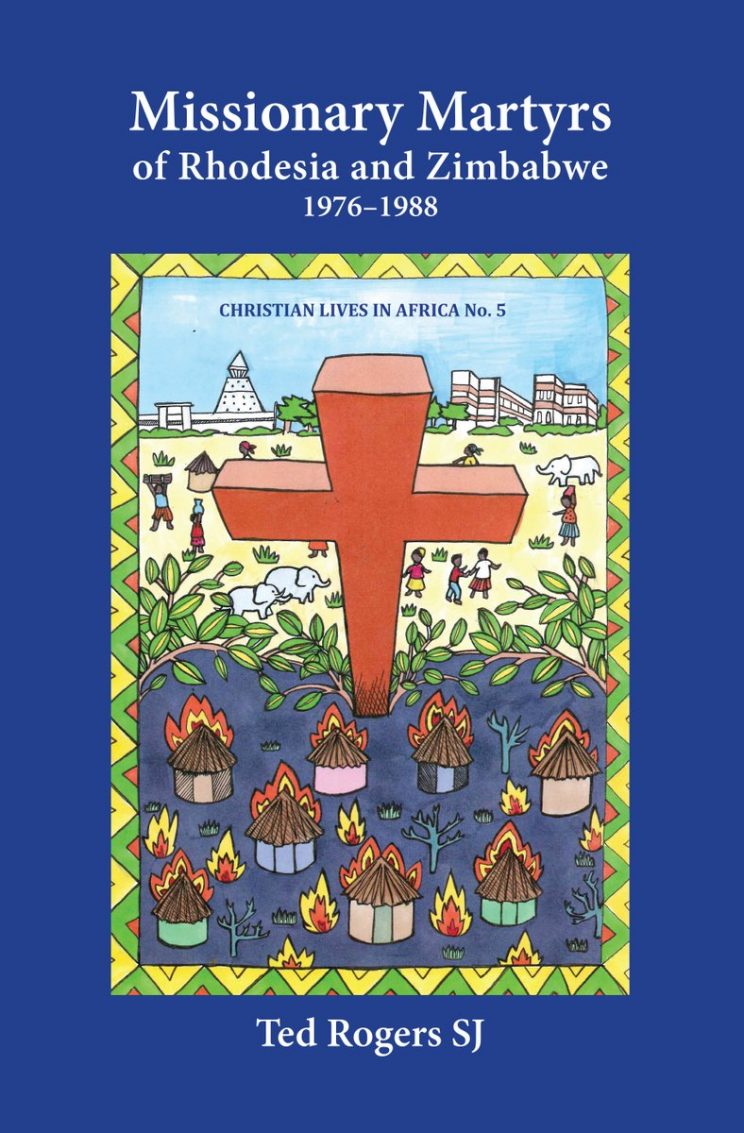 A new book by a Jesuit priest about 30 missionaries who were murdered in Rhodesia and Zimbabwe between 1976 and 1988 will be launched in Johannesburg and Durban.

Fr Ted Rogers’ book Missionary Martyrs in Rhodesia and Zimbabwe: 1976-1988 is being published by Pietermaritzburg–based Cluster Publications in their “Christian Lives in Africa” series.

The first launch will be held at the Jesuit Institute in Johannesburg (15 Molesley Avenue, Auckland Park) on November 21 at 19:00, sponsored by the institute.

The second launch will be held at St Anne’s chapel of the Monastery church in Mariannhill on December 2 from 15:00, sponsored by the Congregation of Mariannhill Missionaries and the Precious Blood Sisters.

Music will be provided by the sisters’ marimba band and the Zimbabwean Choir of Emmanuel cathedral in Durban.

In Missionary Martyrs, Fr Rogers SJ tells the stories of 30 Catholic missionaries who were murdered in Rhodesia and Zimbabwe between 1976 and 1988.

Most of the missionaries came from European countries to work on the missions as doctors, nurses, teachers, priests, brothers and sisters.

These include Bishop Adolph Gregory Schmitt CMM, who on December 5, 1976, was shot dead with two of his companions on their way to a hospital visit.

Two were local Zimbabweans: one a catechist, the other a priest.

The liberation war was fought in the rural areas of Zimbabwe where the vast majority of local people lived and most of the mission stations were situated.

As the conflict intensified, the mission stations in these areas were vulnerable and often endangered.

Missionaries Stayed On Despite the Conflict

Many missionaries at these stations chose to stay on rather than seek protection by moving to the towns or back to their own home countries. They decided to stay on for the sake of the people they were serving.

Fr Rogers lived in Zimbabwe for 51 years, serving as a priest, teacher and Catholic social activist. He is well known as the founder of the School of Social Work at the University of Rhodesia, as the former general-secretary of IMBISA, which links the bishops’ conferences of eight Southern African countries, and as an Aids pioneer in Zimbabwe where he established many Aids-awareness clubs in high schools.

He also impressed on the Southern African Catholic Bishops’ Conference the need to begin an Aids ministry in its region.

Fr Rogers was personally acquainted with many of the men and women whose lives and deaths are documented in Missionary Martyrs.

Because of his poor health he is now living in the Jesuit retirement home in Bournemouth, England.