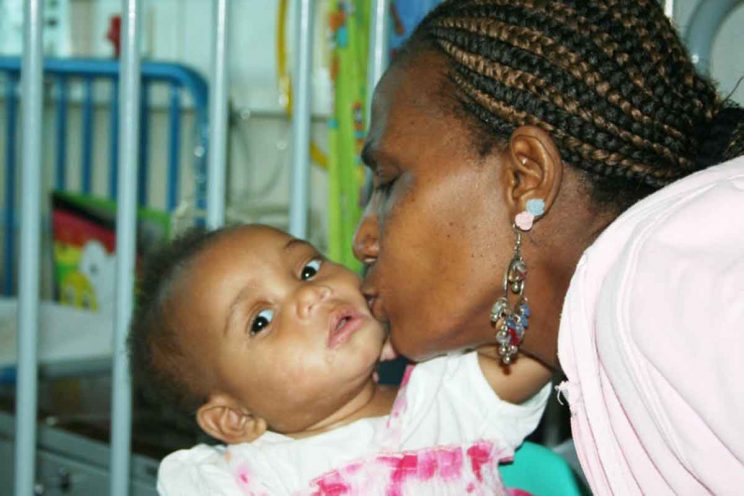 HOPE Cape Town, an outreach programme for people with HIV/Aids based at Tygerberg Hospital, will be featured on SABC3’s Expresso Show.

An outreach programme founded by a priest will feature on SABC3’s Expresso Show on December 1 to mark World Aids Day.

HOPE Cape Town and its goodwill ambassador Katlego Maboe will be on the popular breakfast show as part of the 20th anniversary of MySchool MyVillage MyPlanet, one of South Africa’s biggest community-fundraising programmes.

HOPE Cape Town was founded in 2001 by the German-speaking Catholic Community of the Cape Peninsula under the leadership of then-chaplain Fr Stefan Hippler.

Based at Tygerberg Hospital, its aim is to directly address HIV/Aids and related illnesses by providing access to education, treatment and ongoing support within the existing provincial and municipal health structures.

HOPE Cape Town works through partnerships with the national department of health, tertiary institutions, other non-profit organisations, community-based organisations, and the communities themselves.

Besides Tygerberg, the organisation also assists in 17 different clinics and runs a community project in Blikkiesdorp.

Alongside ARV treatment, HOPE Cape Town hosts an early childhood development programme, where caregivers are shown practical ways to stimulate their children and practise their new skills in a supervised environment.

HOPE Cape Town will feature on the Expresso Show on Monday, December 1 on SABC3.

CEOs: Will You Use a Wheelchair For a Day?