Christian Leadership: Always Start with ‘Why’ 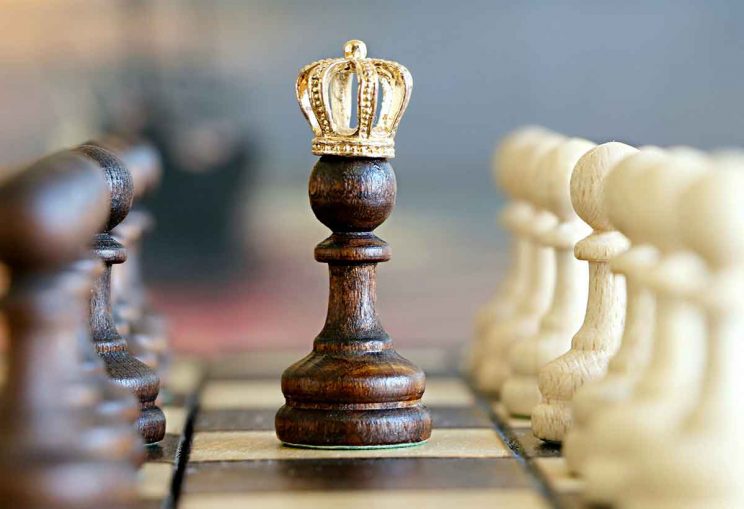 In his column Emmanuel Ngara tells the story of a king whose leadership style offers valuable lessons.

The author and motivational speaker Simon Sinek gives good advice in the title of his 2011 book Start With Why.

Let me begin with a story. There was an island where, when a new king assumed the throne, he would take an oath of allegiance to the constitution and loyalty to the service of the people.

At one time there was a king who took his oath very seriously, and always made sure he had a copy of the Constitution with him wherever he went. He was often seen in hospitals feeding and nursing the sick; on poor people’s farms, helping them to weed or to harvest; in restaurants working as a waiter serving guests.

Often people did not realise who it was serving them; but those who recognised him would ask: “Your Majesty, why are you doing this?” His response was always the same: he would hold up the Constitution and point to it without a word.

There were occasions when he had to give a speech. The speeches would be on different topics, but he would often end his speech by saying: “Oppression, rape, theft, murder and other ills stem from a big ego. When you are a king, there is always a temptation that your ego becomes so large that the whole country becomes too small to accommodate it.”

And he would add: “Kingship and leadership are about service, not about egos. My joy comes from serving my fellow citizens.”

During this particular king’s reign, there was no oppression of person by person, and rape was rare. If anybody was seen stealing somebody else’s property, the whole community would descend upon him or her. The news of murder sent shock waves throughout the whole island, for life was thought to be so sacred that it was unthinkable that someone could actually take someone else’s life.

The people loved their king for he was authentic, and they respected the values he stood for.

The Power of Leadership

Second, the story illustrates the power of leadership. Those of us who want to be leaders, in whatever sphere of life, should be aware of these two principles.

With regard to the first principle, it is important for those of us who want to be leaders to “Begin with the end in mind”; to “Start with Why”. One should ask oneself: “Why do I want to be a leader? Is it for the sake of myself? Or is it for the sake of serving others—my country, my church, or people who are less fortunate than myself?”

If we examine the Christian faith carefully, we will realise that those who have practised leadership as it should be did not do it for themselves.

Jesus, the Son of God, had no need to abandon his state as God and come down to earth to be born of a woman as a human being, and to then suffer and die a painful and shameful death. He did all this in order to save humanity from the slavery of sin.

St Teresa of Calcutta left a relatively comfortable religious life to found a new congregation, the Missionaries of Charity, which is dedicated to the sick and dying who fall in the category of the poorest of the poor, or the most desperate.

With regard to the power of leadership, the story shows how influential the king’s example was. If we examine our own societies carefully, we will see that very often the character of the leader tends to have a ripple-effect on the character and behaviour of others in the same society.

Corrupt leaders will have the effect of encouraging corruption to grow like a cancer in society, whereas a righteous leader who seriously champions the cause of values-based leadership will have a positive impact on the moral fibre of the country he or she leads.