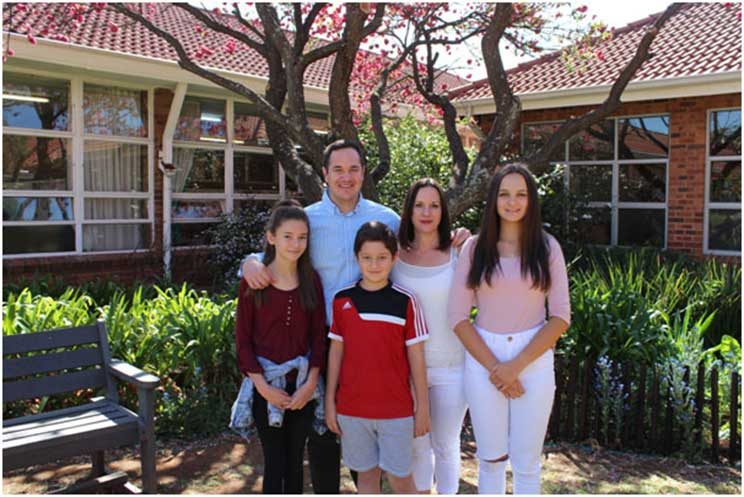 De La Salle Holy Cross College Junior School in Victory Park, Johannesburg, has a new principal — and he is an old boy of the school. Neil Berndsen has taken up the position as headmaster this month.

Mr Berndsen completed his psychology and teaching degrees at the universities of Johannesburg and Unisa. He has had experience teaching in Britain across a broad spectrum of schools. He taught academic subjects including English, mathematics, social sciences, life orientation and physical education.

While at Unity College in Johannesburg (2004-06), he was responsible for the pastoral care of the boys and implemented individual academic progression plans for each learner.

Mr Berndsen and his family moved to the Natal Midlands in 2009 in order for him to teach at Cowan House Preparatory School, which is a feeder school for Michaelhouse and Hilton College.

In 2015 he assumed the position of deputy headmaster and was responsible for the academic programme, discipline, pastoral care and implementing the school’s strategic plans. Until the end of 2017, he was acting headmaster of Cowan House.

“As a past pupil and past staff member of De La Salle Holy Cross College, what a privilege it is for my family and me to return to a school and a community that has been such a special part of our lives for so long,” Mr Berndsen said.

“Although I have thoroughly enjoyed the schools and the people I have been associated with in the KZN Midlands for the last ten years, it is an honour to be returning as headmaster of the junior school.”