10 Saints To Inspire You During Lent – Part One 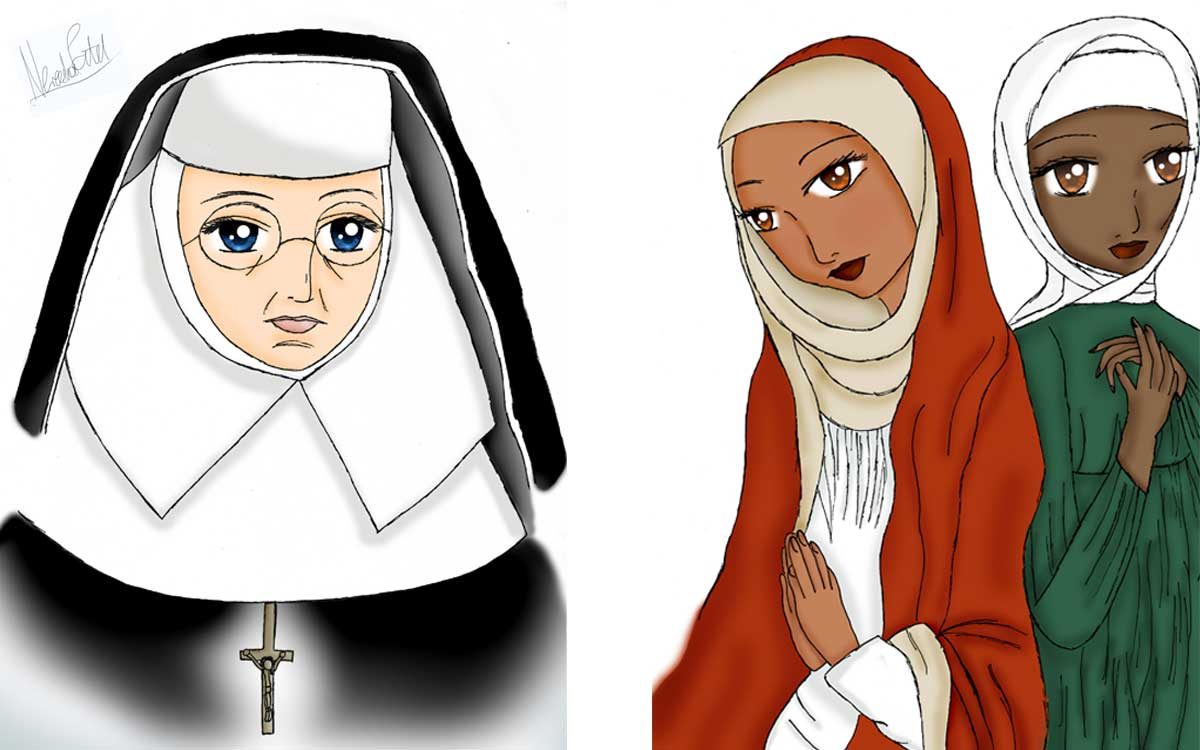 With less than five weeks left to go until Easter, we are now entering the stage of Lent in which we tend to falter a little in keeping to our Lenten vows. The temptation to just forget about them for a few minutes (or hours, or days, etc), or the feeling of outright giving up because you believe you simply cannot commit to your resolutions becomes strong.

If you fall into either one of these categories, be assured that you’re not alone on your journey. The saints whose feast days fall within Lent have walked similar paths to you. In the face of fear, they never gave up in what they believed in. From them, we can certainly learn about how to observe (read: survive) this Lenten season:

St Katharine Drexel was born in 1858 to an affluent family in Philadelphia, Pennsylvania. Living in the lap of luxury did little to hamper the sense of philanthropy that her parents had instilled in her. During this time, black and Native Americans were disenfranchised, discriminated against and living in destitution. Upon travelling to the Western states with her family in 1884, Drexel was shocked at seeing the poor conditions of the reservations in which the Native Americans were forced to live.

Combined with her goodwill, Drexel’s experience on these reservations inspired her to take up an interest in serving the spiritual and material needs of black and Native Americans. Drexel entered a convent in 1889 and later founded the Sisters of the Blessed Sacrament. She established more than sixty-five schools, missions and churches for Native Americans and African-Americans in the American West and South.

What we can learn: Although you may find ourselves struggling with your Lenten resolutions, which might involve giving up luxurious habits, you should never forget that there are people out there who don’t even have access to basic services such as shelter, water and food. Be thankful for the blessings in your life, and don’t hesitate to share them via acts of goodwill that could benefit disadvantaged persons.

In 203 AD, Perpetua was a noblewoman living in Carthage, the daughter of a Christian mother and a pagan father – the latter who pleaded with her to deny her faith – while Felicity was a slave. Even though they came from different backgrounds, they were arrested and sentenced to death for proclaiming their Christian faith. In spite of threats of persecution and torture, Perpetua and Felicity refused to renounce their beliefs. In prison, they helped each other through the brutality of the guards; thereafter, they were executed together, steadfast in their beliefs until the very end.

What we can learn: Lent is a rough period. You might find that your faith is shaken during this time, especially when you feel that you want to give into your doubts.  Following Ss Perpetua and Felicity’s example, it’s imperative that you stay resolute. If you see someone in the same boat as you, throw them a lifeline – let them know that you’re there to support them. 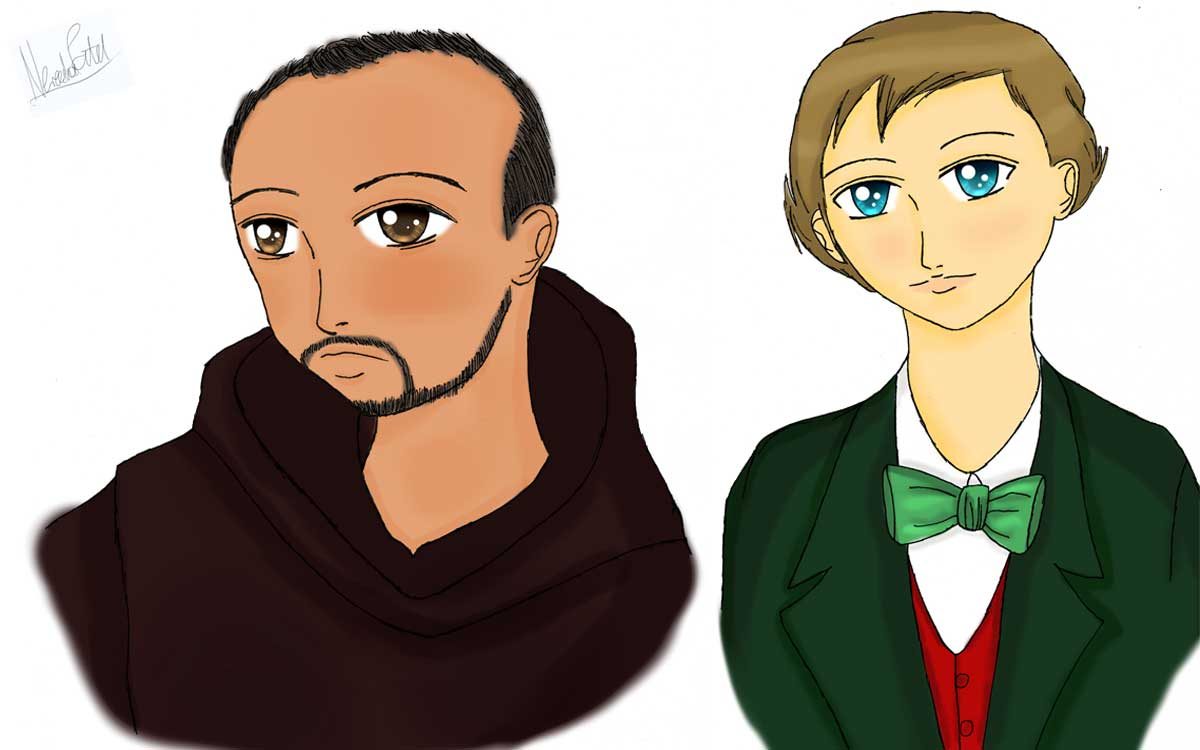 A Portuguese shepherd-turned-soldier who enjoyed gambling, drinking and pillaging, St John of God was known for his incredibly impulsive nature. He eventually settled in Granada, Spain as a bookseller; there, he met St John of Avila, whose preaching had a profound effect on him and resulted in his rather dramatic conversion. Committed to a mental hospital after engaging in a public beating of himself, John was advised by St John of Avila to become more actively involved in tending to the needs of others rather than in enduring personal hardships. He rented a house in Granada where he tended to the needs of the sick and the poor, and later he established homeless shelters and even a hospital. His impulse to help others won the approval of others, who gradually began to support this saint’s cause.

What we can learn: Sometimes we chastise ourselves for having the slightest of inkling of temptation during Lent, but often we can be too harsh on ourselves. While this is the period to realise our need to repent, you’re not doing yourself any favours by giving in to your inner judge, jury and executioner. Rather, if you have the sudden urge to, for example, treat yourself, try to direct that impulse towards helping someone else. And remember, staying humble can help you cultivate healthy habits that will stay with you for a long time.

As a young boy, St Dominic Savio had great faith. His parents, who were unable to afford to send him to school, taught him how important it was for him to put Jesus first in his life. A priest named John Bosco was so impressed by Dominic’s faith and eagerness to learn that he invited him to attend the school he had recently founded. There, Dominic’s faith grew stronger: from visiting church several times a day to assisting his fellow students with their chores and studies, he sought to find holiness by helping others find happiness. He also had a gift for settling arguments which arose among his companions. Before his 15th birthday, Dominic became ill and died. This prompted Fr Bosco to write the biography of the young boy’s life, which led to Dominic becoming canonised as a saint in 1954, almost 100 years later after his death.

What we can learn: To truly gain happiness during Lent, remember that your actions – fasting and alms-giving – are ways to fight against your usual habits that would otherwise divert you from God. By abstaining from certain tendencies in favour of taking on positive habits that benefit others, you are rebuilding the spiritual connection between yourself and God. In other words, by servicing the needs of others, you shall receive God’s love in return.

This article is the first of two parts. Watch out for Part Two next week, in which we look at the five remaining saints including St Joseph and St Patrick, and how they can inspire you during Lent.