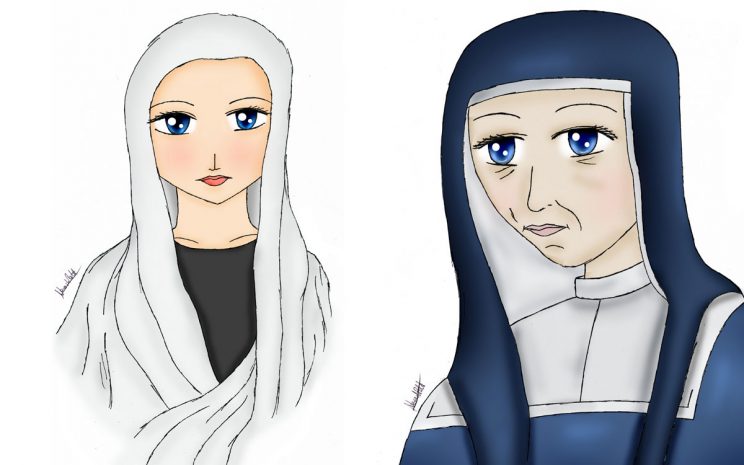 Last week, we began looking at saints who can inspire you during Lent. This week, we’ll be focusing on the last five saints – from a slave-turned-priest to a humble carpenter who became the earthly father of Jesus, these saints will give you the strength (and the sanity) to finish your Lenten journey.

St Frances was born in Rome to an aristocratic family in 1384. Devoted to God from an early age, she longed to lead a religious life. However, she was forced by her parents into an arranged marriage. Although the marriage was a happy one, Frances was still not satisfied. Becoming acquainted with her in-laws, she discovered that her sister-in-law felt the same calling to the religious life that she did. The two women went on to begin their charitable work.

Although she kept her family life and charitable work separate at first, Frances became more engaged with the latter after the plague that spread through Europe left one of her children dead. Frances gave up her wealth, selling her possessions to buy whatever items the sick and poor needed. From opening a wing of her home as a hospital to finding a women’s charitable society not bound by vows, Frances served the poorest of the poor for the rest of her days.

What we can learn: Discern between what you want to do and what God wants you to do. The halfway point of Lent is the perfect opportunity for you to do this, as you’ll be battling to keep yourself on the road that God has paved for you. Discern between his will and yours, and you’ll make it to the end of the road intact.

Intelligent and warm-hearted are the characteristics that are associated with St Louise de Marillac. Educated by Dominican nuns, she desired to become a nun herself. But her desire was discouraged by her confessor, and soon she married an official in the Queen’s service in 1613. After her husband’s death 12 years later, she met her future spiritual advisor, St Vincent de Paul, and she devoted the rest of her life to working with him. They co-founded the Daughters (later Sisters) of Charity, a congregation of laywomen dedicated to teaching and hospital work, of which Louise was the superior. She travelled all over France to establish countless Sisters in hospitals, orphanages and other institutions.

What we can learn: No good deed goes unnoticed. Whether it’s picking up a piece of litter or giving food to those who can’t afford it, you’re making a positive contribution. Although there might be others out there who’ll shun your efforts, don’t let their negativity get to your head and keep listening to your heart. The Lenten period will enable these healthy habits to flourish … including the ability to forgive your naysayers! 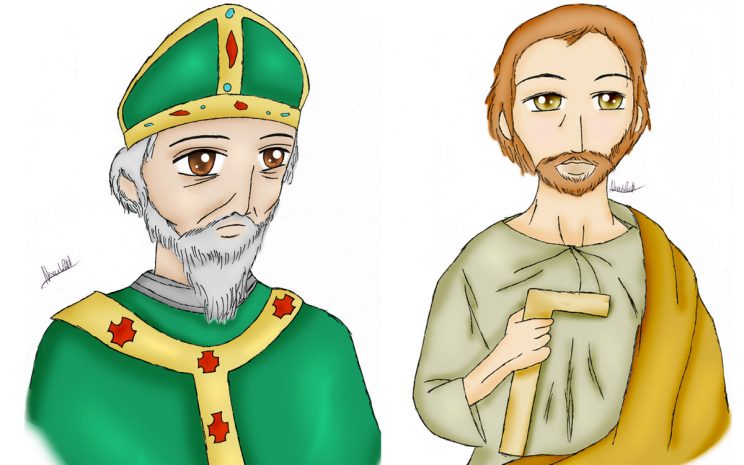 There’s no doubting that St Patrick is one of the most popular saints in the world today. He’s the source of legends including driving snakes of Ireland into the sea and explaining the concept Holy Trinity to a non-believer using a shamrock, or three-leafed clover. But did you know that he was a slave? Enslaved by Irish pirates when he was 16, a despondent Patrick turned to God in prayer. His captivity ended four years later when he escaped from his captors – he had received a message from God in his dreams, telling him to leave Ireland by going to the coast. After entering the priesthood, God sent Patrick another message, telling him that the people of Ireland were calling out to him to come back and walk among them once more. For the rest of his life, Patrick and his disciples traveled throughout Ireland, building churches, teaching Christianity to the Irish and converting thousands. By the time of his death, all of Ireland had converted to Christianity.

What we can learn:  Never lose sight of your faith during this time. You might find it hard to approach someone when you’re feeling a sense of despondency during Lent because you’re scared that they will not understand you. Like Patrick, turn to God for assistance. Whether it’s through praying, talking out loud or writing out a letter, you’re initiating a conversation with God who is definitely listening.

The husband of Mary and the corporeal father of Jesus, little is known about Joseph, who we don’t hear much of after Jesus entered the public ministry. What we do know about him, however, is that he was a righteous, compassionate man. A carpenter by trade, Joseph was hesitant to marry Mary because she was pregnant and was unwilling to put her to shame. But when an angel came to him in his dreams and revealed the baby’s true heritage, Joseph took Mary as his wife. Active during Jesus’ birth and childhood, Joseph clearly cared for the child entrusted in his care. He was a caring husband, and he respected God and followed his commands without question.

What we can learn: Perhaps you’re thinking that your Lenten vows takes too much out of you. In a way, that’s true. After all, Lent is symbolic of Christ’s struggle for us, as well as his dying on the cross out of love for us. By honoring your vows, you are recognising his selfless acts and thus obeying the will of the lord, for which you will be duly awarded in the long-term. 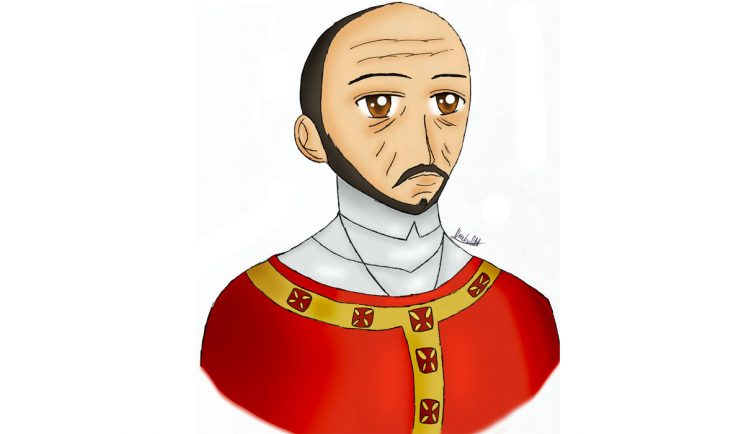 St Turibius was a Spanish nobleman who plied his trade as a lawyer and practised his Catholic faith daily. His judicial smarts and diligence caught the eye of King Philip II, who wanted Turibius to be consecrated as a missionary archbishop for the Spanish colony in Lima, Peru. Dismayed, Turibius had no choice but to receive his ordination and consecration before leaving for Peru in 1581. Once there, he became a champion for the rights of the enslaved native people who suffered at the hands of the colonists. Turibius responded to the needs he saw, spoke out against the unjust treatment of the poor wherever he preached, and supervised the building of schools, churches, hospitals, and the first seminary in the New World. After his death in 1606, his possessions were distributed among the poor in accordance with wishes. This is a testament of how Turibius was dedicated to his cause.

What we can learn: Don’t be afraid to be taken out of your comfort zone. Your Lenten resolutions will test your might to the nth degree. By weaning yourself off your creature comforts, you’ll be able to to thrive in ways you never knew were possible. Dedicate yourself to causes, endeavors and efforts that are close to your heart, and you may find yourself emerging as a better person before you embarked on your Lenten journey.