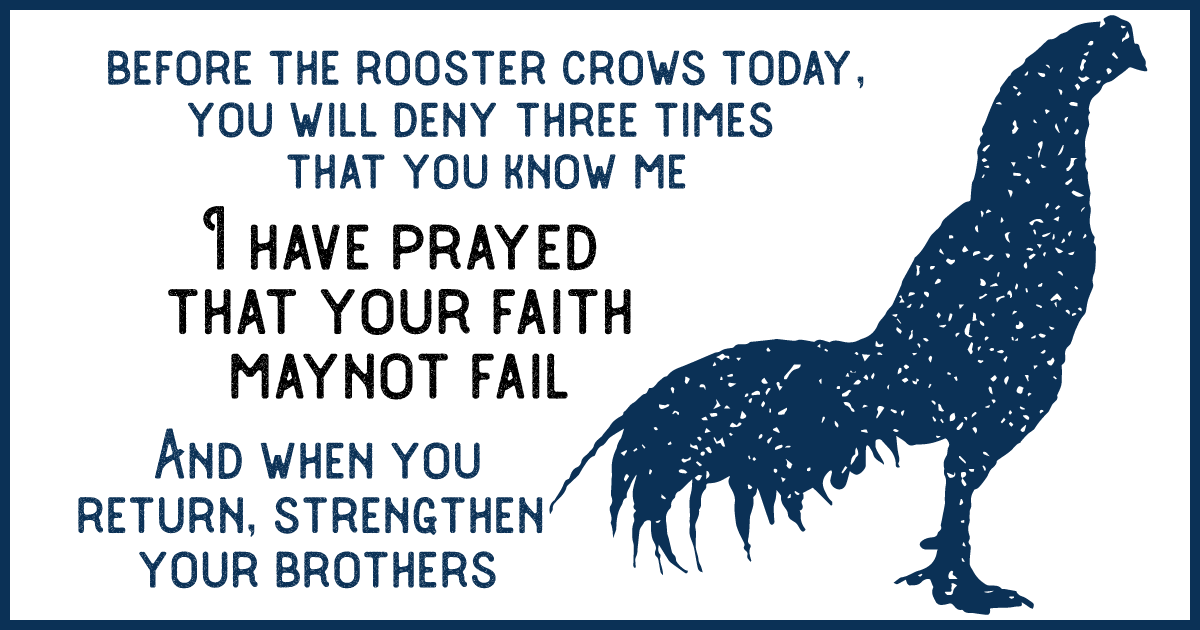 In his Lenten message Pope Francis invited us to pause from the “commotion” of daily life and the “urge to control everything” so as to really be able to see the people around us:  our families, children, the elderly, and those who have been forgotten.

He invited us to really SEE the face of the crucified Christ who sacrificed himself for all people to bring us hope.

But then the Holy Father invites us to Christ — Return.

I think this is probably the hardest element of his Lenten message to put into action: to return without fear “to those outstretched, eager arms of your Father, who is rich in mercy who awaits you”.

All these obstacles can be summed up in one word: Fear. Fear that holds us back.

To return takes courage to overcome that fear. Judas realised that he had betrayed the Lord and he repented. He gave back the money he’d been given for handing Jesus over to the Pharisees.

A part of him was ready to make amends, but he was so filled with shame that he could not bear to look again into the face of Jesus or the other disciples. In anguish and fear, he took his own life and missed out on the hope of seeing the resurrected Christ.

‘And When You Return, Strengthen Your Brothers’

In contrast, Peter had the courage to seek out Jesus even though he knew that he had also betrayed Jesus by denying his association with him. The encounter was a moment of grace for Peter (cf John 21).

Feeling lost after all that had transpired, Peter returned to the life he had known before meeting Jesus three years earlier. The Gospel relates how Peter and some of the other disciples had gone fishing but came back with nothing. Jesus doesn’t wait for Peter to show his remorse but rather extends his love, allowing Peter and the others to find fish where there were none before.

In that moment, Peter recognises Jesus. Despite his shame, he jumps out of the boat (just as the old Peter would have done) and treads water till he reaches Jesus.

What follows is that beautiful conversation between Jesus and Peter. “Do you really love me?” Jesus asks. Not once but three times, undoing the three times that Peter denied him.

Not only does Peter return, but Jesus’ love erases everything that happened in the past, filling Peter with hope and a new way of life. Jesus does not punish Peter. Instead he gives him a new responsibility by asking him to guide and nurture the young Church.

Peter’s response requires courage. We see that Peter doesn’t get that courage all at once. After the Ascension, he hides in the Upper Room with the other disciples until the moment when the Holy Spirit descends on them. Then he is filled with courage and nothing is able to stop him.

That courage didn’t come from him. It was a courage given to him by the Holy Spirit and grew out of his response of love for the Jesus who wiped his slate clean without judgment or condemnation.

Look at the transformation of Peter, from the disciple huddled in fear in front of a fire on Holy Thursday as he denied that he even knew Jesus, to the man who became the Church’s first pope and died a martyr’s death by crucifixion in Rome many years later.

Return. That was Peter’s lived experience.

It is also the message Peter’s successor has for us this Lent.

Until we overcome our inadequacies, fears, inhibitions, shame, regrets, we cannot be transformed by Christ’s love. As with Peter, we have to take the first step, and we will find that Jesus is already there, waiting to meet us wherever we’re at.

Jesus’ love will give us a renewed hope, which manifests itself into the courage to reconcile with those we have hurt, to overcome our weaknesses, to forgive ourselves. We will grow in courage according to the extent that we are able to relinquish our fears and allow ourselves to grow in love and hope through the mercy and grace of the Resurrected Jesus.

Pope Francis encourages us: “Return without fear, to experience the healing and reconciling tenderness of God. Let the Lord heal the wounds of sin and fulfil the prophecy made to our fathers.”

He then refers to Scripture:”A new heart I will give you, and a new spirit I will put within you; and I will take out of your flesh the heart of stone and give you a heart of flesh” (Ezekiel36: 26).