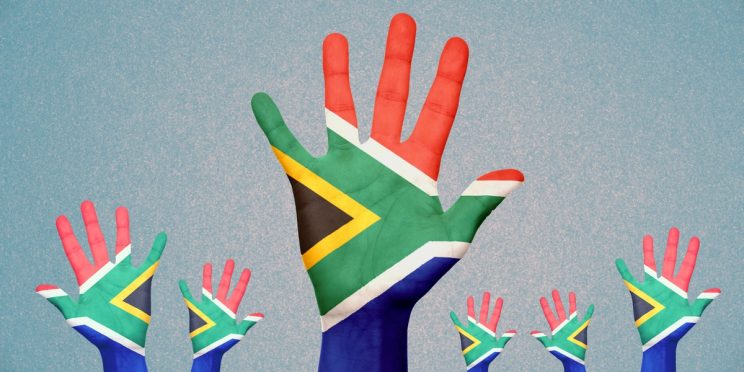 While we celebrate Human Rights Day today, it’s imperative that we don’t forget those who fought for their basic human rights to be observed.

March 21 marks a tragic event in South African history: 58 years to the day, police opened fire on a peaceful crowd of more than 5000 people that had gathered at a police station in the Sharpeville township to protest against the pass laws. As a result, 69 people had died and 180 were injured.

From high school history classes to journalistic articles typically penned on the subject at this time of the year, we refamiliarise ourselves with the Sharpeville massacre, and the repercussions it had on the country during and after the apartheid regime.

Anti-apartheid organisations were forced underground after being banned by the National Party government, who faced international condemnation for their racist practices. At a national level, the spark had been set off – with hearts on fire, civilians were going to jump all the hurdles that came their way if it meant gaining access to their human rights.

In the next 30 years, student uprisings, labour union protests and the Catholic church’s opposition to apartheid among other acts of resistance caused a domino effect that led to the collapse of institutionalised segregation. When Nelson Mandela became South Africa’s first black president in 1994 and signed the nation’s new constitution in Sharpeville, there was a sense that the death of those who protested there many years prior were not in vain.

In the same year, March 21 was institutionalised as a public holiday on which South Africans are asked to reflect on their rights, and to be reminded of their responsibility to uphold them. Individuals – no matter what their race, sex, gender, sexual orientation, religious beliefs and ethnicity – have a right to human dignity, equality and life, in accordance with our constitution that enshrines the Bill of Rights.

On this day, we are also called upon to remember the fallen that fought for their rights that a racially prejudiced government denied them.

The Measure of Human Rights

From the perspective of the Catholic church, the rights of the individual do not depend upon the will of other people. They instead arise from our dignity as created in the image and likeness of God, and – in the words of Pope Francis – “rank higher than the comfort of those who refuse to renounce their privileges”.

In the Compendium of the Social Doctrine of the Church, human rights are described as universal, inalienable and inviolable: universal, in that they apply to all humans without exception of time, space or subject; inalienable, in that no one can legitimately deprive others of their rights; and inviolable, in that they are inherent in both the human person and human dignity, and they must be held in respect by and for all people everywhere.

God crafted human nature, which in turn is the source of human rights. From this, one can ascertain that it is God, not the Human, who is the measure of human rights. Because of their indivisible nature, we are responsible for protecting rights not only individually, but as a whole. To promote certain rights and outright ignore others – with the Sharpeville massacre and the entire apartheid regime serving as grim reminders – is offensive, immoral and irresponsible.

As Christians, upholding our human rights forms part of our evangelical duties. As South Africans, the same responsibility applies: we desire to atone for the sins of our segregated past, and to honour those who sacrificed their lives at Sharpeville, Soweto and other areas in South Africa so that the discriminated majority could exercise their basic human rights.

It is thanks to them that millions of South Africans today can exercise these rights. And history, specifically March 21, will never let us forget that.