‘Worming’ Your Way to Loving Language 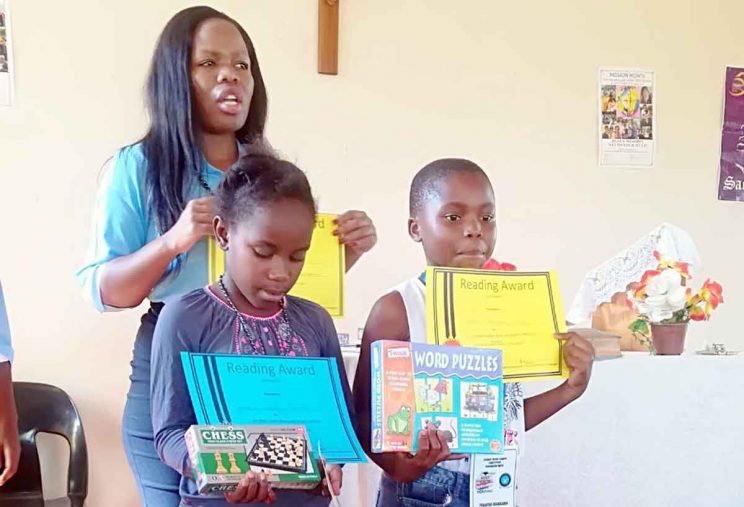 Three young women from the Witbank diocese’s Catholic Young Adults (CYA) group have started a literacy initiative for children in the Church between the ages of seven and 13, which they hope other dioceses will adopt.

Innocentia Mokganyetsi, Lekgale Mokota, and Modireleng Mampuru are the founders of Literacy Worms, a reading competition in which children compete in English and African languages.

Launched and founded in the Sekhukhune deanery of Witbank diocese in 2017, the competition’s regional rounds were held in 2017 and the deanery final round in February.

Ms Mokganyetsi said the competition is intended to improve literacy from a young age, nurture a love for language and reading, boost children’s confidence in each parish, and participate in church activities, especially during the liturgy of the word.

“Church has come to mean more than a place of prayer. Today, a church’s function has broadened to solve a number of social problems, including educational issues,” she said.

“Being a yearly community outreach activity for CYA, the contest was inspired by serving and relating to the young community in a way that excites them and would potentially have a long-term effect on their lives in general,” Ms Mokganyetsi noted.

At the heart of this initiative is a belief that by building literacy in churches and teaching children to read, they are being groomed to become sharp, literate and strong-minded adults.

“Being part of Literacy Worms encourages reading, which is a fundamental skill that children have to learn, as it improves confidence, discipline, and knowledge,” Ms Mokganyetsi said.

The three parishes that took part in the competition were Luckau, Mashabela and Schoonoord, with 20 children taking part.

The overall top readers were Kefilwe Mampuru and Nqobile Tshabangu.

They were each awarded a copy of Mathilda Sibanyoni’s book The Foreign Me.