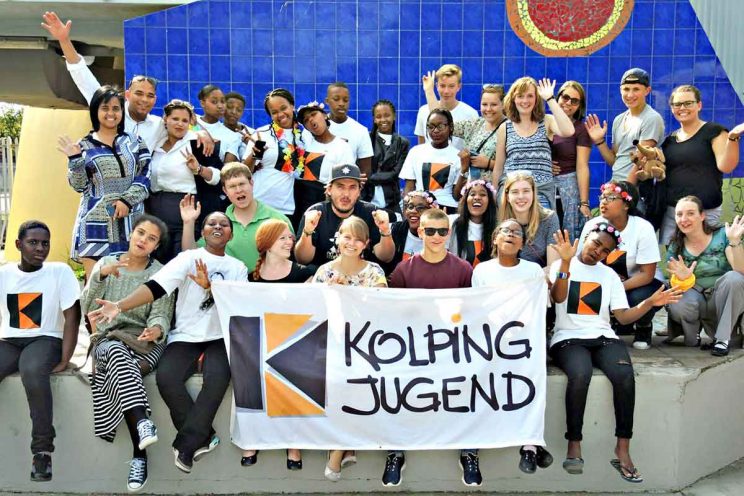 Youths of the Kolping Family in Langa, Cape Town, welcome visiting members of a German Kolping youth group. The Kolping Society was founded by Bl Adolph Kolping (right) in Germany in 1850. It has since spread around the world. In South Africa, the Kolping Society is active in five dioceses.

As part of our ongoing series of profiles of Catholic organisations that are active in the Southern African Church, NEREESHA PATEL looks at the history, activities and charism of the Kolping Society.

‘The signs of the times will teach you what to do.’ These are the words of Bl Adolph Kolping, a Catholic priest who set up a series of journeymen’s associations in Germany during the Industrial Revolution in the 19th century.

Responding to the needs of the time in which he lived, Fr Kolping (1818-63), the son of a poor shepherd, was able to offer refuge, spiritual education and support to people who had flocked into the cities seeking work but instead found themselves living in poor working conditions and far away from their families— a situation many South Africans would suffer even a century later.

Over 165 years later, the Kolping Society of South Africa (KSA) lives by the philosophies of its founder.

Established in Johannesburg by German immigrants in 1952, the KSA — which is affiliated with the International Kolping Society and the Africa Kolping Association — has since spread across the country.

As a non-political lay-membership association, Kolping’s mission is to serve the needs of its members and society as a whole.

To become a member, one should be at least 14 years of age and must adhere to, and be prepared to implement, the objectives of the Kolping Society. Christians of other denominations who accept and support these objectives are also welcome to join Kolping.

Membership fees per annum are R30 for students/pensioners, R40 for single persons and R50 for households.

Kolping groups are formed at parish levels and are called “Families”, which make up the basic units of the KSA. 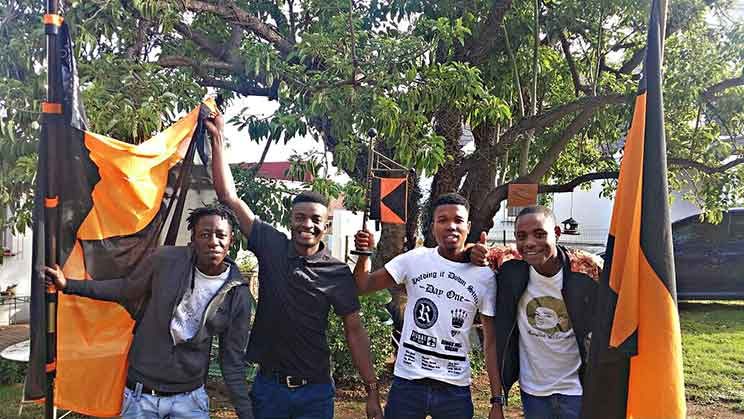 Four young men participating in the Kolping Society’s Work Opportunity Programme in Johannesburg. This programme prepares unemployed youth from marginalised and disadvantaged areas to find employment in the workplace.

These groups consist of at least ten members who are expected to support and promote one another in various areas of their life — educational, emotional, material and spiritual — in accordance with the teachings of Jesus Christ, the social teachings of the Church and the philosophies of Fr Kolping.

The key objectives of Kolping SA include:

“Through the formation of self-help groups, Families can develop themselves personally and improve upon their livelihoods. They then reach out to each other and to the communities around them in order to do the same,” said Ms Turner.

Kolping organises and participates in a wide array of activities, which include:

“By being a part of the Kolping Society of South Africa, you are helping participants to become aware of the importance of prayer, work ethic, social cohesion and economics,” said Ms Turner.

“You foster a willingness to take on responsibility, and actualise you and your fellow members’ Christian principles into reality.”

She referred to Pope John Paul II’s homily during Fr Kolping’s beatification. The pope said that Bl Kolping tried to “rouse the Christians from their inactivity and wanted to remind them of their responsibility for the world. For him, Christianity was not only ‘for oratories‘, but for daily life and the shaping of the social reality”.

Ms Turner added: “Today in our families, communities, country and the world, the signs of the times are very clear as to where the Kolping Society should get involved.”

To join the Kolping Society of South Africa, approach your local parish’s KSA group or visit www.kolpingsa.co.za/kolping-families/join-now/ and download the membership form.

Completed applications can be faxed to 021 972-9723 for the attention of the membership department, or scanned and e-mailed to membership@kolpingsa.co.za. Someone from the national office will direct applicants to the nearest Kolping group.