After the Goodbyes: Our Silent Wait in Hope 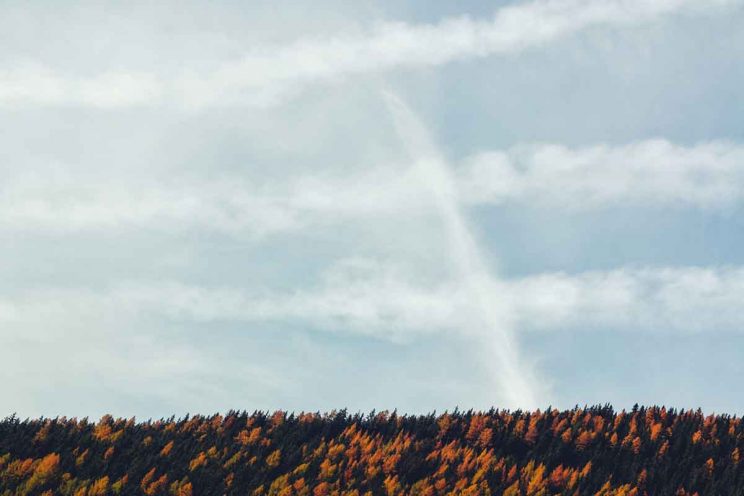 The Ascension represents our hope. Where Jesus has gone, we hope to follow. This is what our Catholic tradition tells us. But on a personal level, I struggle to identify with the Ascension and its promise of heaven.

Maybe it’s because I find it so difficult to fathom what heaven will be like. Jesus’ descriptions of heaven in the gospels are only slightly helpful: a house with many rooms in which there is place for everyone; a treasure for which I should be prepared to give up everything; a mustard seed that becomes a great tree; good seeds planted in fertile soil. They depict heaven as a place of abundance and fulfilment, a space of joyful celebration in the presence of God.

And yet the essence of this heavenly afterlife escapes me. I look forward in anticipation to meeting my Creator. I am confident that in heaven my anxieties and insecurities will be wiped away. I believe that the hardships of my life will be gone. But beyond that, heaven feels like an absent presence.

Is there an uncertainty?

I like to think that the disciples had a similar experience. By the time Jesus ascends into heaven, they have been on a 40-day rollercoaster ride. Their friend was crucified and buried in a borrowed tomb, and the occupiers placed an armed guard outside the gravesite. They were terrified that they might be the next to die.

Then they have a handful of encounters where, incredibly, they see that their friend is alive, but they’re not really sure how.

Jesus is back, but something is different. He is no longer fully present among them. Where before he was a man of flesh and blood like them; now he suddenly appears out of nowhere and just as quickly vanishes into thin air. His hands and feet bear the scars of the crucifixion but his physical features escape them. His closest friends struggle to recognise him even when he walks the road with them to Emmaus or appears on a beach in Galilee. Imagine how confused the disciples must have been.

After all that, he leads them to a mountain top, instructs them to remain in Jerusalem until the Holy Spirit comes, and then to go and spread his message to the whole earth. He says his goodbyes and disappears from their sight.

A new emptiness and uncertainty sets in. Now what?

The Kingdom, but not yet

We walk the same journey as the disciples. We culminate this Eastertide, these six weeks of Easter joy, with a goodbye.

Think of all the goodbyes we’ve ever had to say. Goodbyes are hopeful but rarely completely joyful. The mixture of excitement and sadness when a child leaves home to embark on his or her own life’s adventure. The sorrow we feel at the death of a beloved parent, spouse or loved one amidst the hope of meeting them again one day in heaven. The sadness coupled with a welcome relief of death when a loved one who has suffered for too long. The heartache of an airport farewell when family members emigrate. The nostalgia of a happy period of our lives that comes to an end. The devastation of a relationship that has been broken. The regret of old age as we say goodbye to our younger selves and wonder how we could have done things differently.

A goodbye carries the desire of reunification but also the burden of loss, of emptiness.

This is how the disciples must have felt. They looked forward to the kingdom of heaven, when they would see Jesus again. But I doubt they were joyful and triumphant as they headed back to Jerusalem.

They went back to the Upper Room and hid in fear as they tried to figure out what would happen next.

They probably spent many hours talking about the myriad events and emotions of the past few weeks.

They would almost certainly have shared their memories of Jesus, their regrets for the things they said and did as well as the ones that they didn’t say or do.

They might have asked Mary to tell them stories about Jesus when he was a child, and as she related his childhood antics, she must have missed her son terribly. And as the disciples listened, they might have wondered if they really knew their friend at all.

The Disciples Began Their Wait After the Ascension

In all this, they were no closer to picturing heaven than we are. They had nothing to go on, except the memories of the three intense years they experienced with their friend. They remembered his words, imperfectly, clouded by their own interpretation of the things he had told them.

When they finally ran out of words, they grew silent. In the emptiness they waited.

Perhaps that is what Ascension is for us. The silent wait.

Let the words of the Gospels rest in us. Let the Scriptures make their home in us — but don’t try too hard to dissect them. Don’t try to fill the empty spaces between the words with more words. Rather hold them in silence.

This is our life long journey to heaven, where the resurrection slowly becomes alive in us.

Each goodbye, each joyful triumph, each painful sorrow draw us ever closer to Jesus, until we too finally the hopeful journey from death to resurrection and ascension into eternal life with God.