This week’s massacre of 55 people in Gaza took place during a protest commemorating what Palestinians call the Naqba (Catastrophe), when many lost their homes to the newly-established state of Israel 70 years ago. JUDITH SUDILOVSKY met a Catholic Palestinian whose family lost everything when they had to escape Jerusalem in 1948.

Ramzi Sansur, 69, is too young to remember the family home in West Jerusalem where his older nine siblings were born and lived before 1948.

Sansur was born in Lebanon, shortly after his family was forced to flee their home in their limousine, on the eve of the Israeli declaration of independence on May 14, 1948. The family found a temporary haven in the country where they had spent their summer holidays.

Israel declared its independence 70 years ago after what Jews say was 2,000 years of longing to return to their holy land. A day later, war broke out when Arab armies rejected a UN partition plan and attacked the fledgeling state. Palestinians call May 14 “al Naqba,” or the catastrophe, in which an estimated 250,000-300,000 Arabs living in the British Mandate of Palestine were forced off their lands and homes. 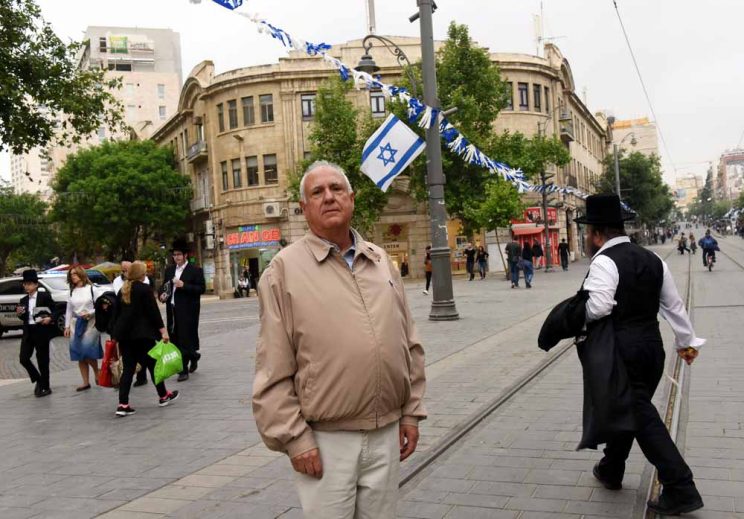 Rami Sansur, a Palestinian Catholic, stands in front of the West Jerusalem building built by his father and brother in 1929. The Sansur family was forced to leave their properties in 1948 when the state of Israel was established. The family never received compensation. (CNS photo/Debbie Hill) .

Sansur, a Catholic and the former director of the Bir Zeit University Centre for Environmental and Occupational Health Sciences, recently toured his family’s old neighbourhood. He pointed to landmarks and rattled off the names of other Palestinian Christian families who lived there as if they were his own memories, rather than the recounted memories of his parents and siblings.

Here, in a tall building with a partially rounded Bauhaus-style facade, is where his family lived. Now it is a home for senior citizens, and several new floors have been built atop the original building.

Return to a lost home

He remembers first visiting the house with his mother in 1967, when Israel gained control of East Jerusalem after the war that brought the West Bank and Gaza — which had been governed respectively by Jordan and Egypt — under Israeli control. His mother almost fainted watching the fixtures being taken out of her home, he said. “I remember it. It was lilac,” he said.

“Our properties are the first [Israeli] settlements,” said Sansur, looking up at his family home as a light rain drizzled down on an unusually grey May spring day. “They settled in our property illegally,” he added.

“But we can’t keep lamenting. I have to live my life, but I teach my children so that each future generation can carry the flag that this land is Palestinian land. If the Jews want to live here, welcome, but as equals. You can’t just take someone else’s land.”

Down the street is a European diplomatic consulate in an ornate building once owned by his family. Just around the block, another European diplomatic consulate occupies another former Sansur family building. After the Sansur family lost these buildings in 1948, along with other commercial properties, the consulates stopped paying them rent, said Sansur. One consulate paid some rent to his uncle until the 1950s, he said. The family also lost property in the centre of the country.

The Sansur properties are among the many Palestinian-owned properties Israel took control of under its Absentees’ Property Law. The Israeli law ruled that property belonging to “absentees” — people who “were expelled, fled, or who left the country” after November 29, 1947 — was to be put under the custodial control of the state of Israel.

Eventually the family returned from Lebanon to Bethlehem, where Sansur’s paternal grandparents lived. There his father re-established his cigarette factory and his family’s life under more modest means.

Like many Christian Palestinian families, today the Sansur family is scattered: in Peru, England and the United States.

“It was very upsetting. When my father came to see our [central Jerusalem] property after 1967 … he came back very upset,” Sansur said. 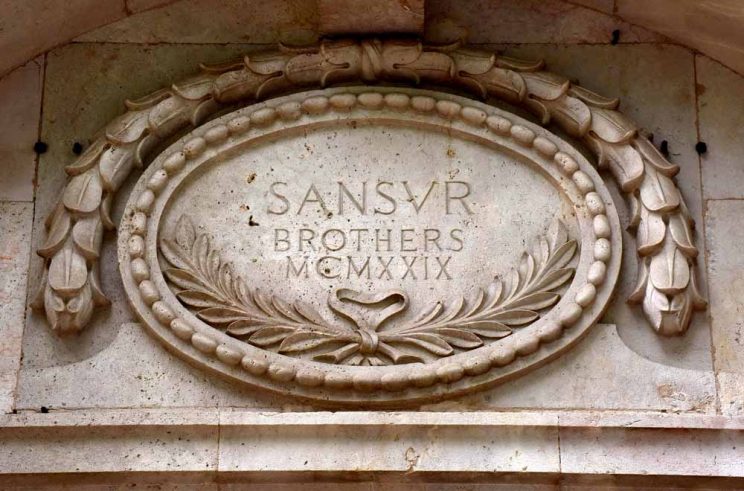 An engraving is seen on the Sansur Building which was built in 1929. (CNS photo/Debbie Hill)

The building, located in the main commercial centre, still bears the Sansur name above the central entrance and has gone through numerous reincarnations since it housed the famed Europa cafe, where European diplomats and the mandate-era Jewish and Arab elite sipped coffee and danced in the internal patio, Sansur said.

On street level next to the café were shops, and above were hundreds of offices, mostly rented to Jewish businessmen and lawyers, he said.

These are the same tales of the Europa café his father told him and which he still tells his four grown children when they come to West Jerusalem to shop or buy ice cream.

“I am a Jerusalemite, it is inside me. I was not able to be born in Jerusalem, so I made sure that all my children were born in Jerusalem,” he said. “We often come to this area. We feel like this belongs to us. All of us lost. It is turbulent for us to think of our property.”

Though there has been talk of financial compensation for the buildings, the government insists that the back taxes owed on the property are greater than the value of the building, he said.

“I just try to take one day at a time and live day-by-day. If I dwell on the future, it is too depressing. As Jesus said: ‘God give us our daily bread.’ There is no future in maintaining a conflict,” he said.

“Deep inside me I am a Christian, and that makes a difference. In our philosophy and in our way of life, we believe that always better things are yet to come.”—CNS