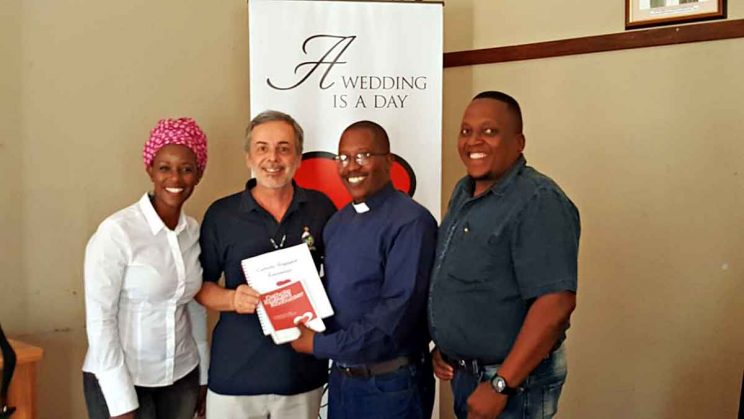 After 40 years of existence, the Catholic Engaged Encounter (CEE) programme has spread its wings to eSwatini, and now covers the whole pastoral region of the Southern African Catholic Bishops’ Conference.

CEE is a community-based Christian marriage preparation ministry based on Catholic teachings and values. It emphasises the relationship of the couples in terms of their sacramental commitment.

In response to Pope Francis’ apostolic exhortation Amoris Laetitia on marriage and family, the bishops of Southern Africa have confirmed Catholic Engaged Encounter as one of the suitable programmes for engaged couples to prepare for their marriage.

Fr Patrick Rakeketsi CSS, spiritual coordinator of the programme in the region, hailed CEE as a “rock upon which solid Christian marriages are being built”.

He told Manzini priests that “the bishops have resolved that in order to maintain good Christian and Catholic marriages, we need to qualify our apostolate and ministry towards marriage preparation”.

Many priests in eSwatini have spoken of the challenges of having few young people willing to prepare well before their marriage in church.

“In the CEE, we see the programme which will finally respond positively to the challenge of better preparation for our young engaged couples before their marriage,” said a young Consolata missionary, who asked not to be named.

Catholic Engaged Encounter was developed out of the Detroit Catholic Marriage Encounter in the United States in 1968.

In 1980, the programme was adopted in Pretoria and Johannesburg. Since then, it has spread to Cape Town, Durban, Gaborone, Klerksdorp, Port Elizabeth and Kokstad.