Without the Holy Spirit, Nothing Happens 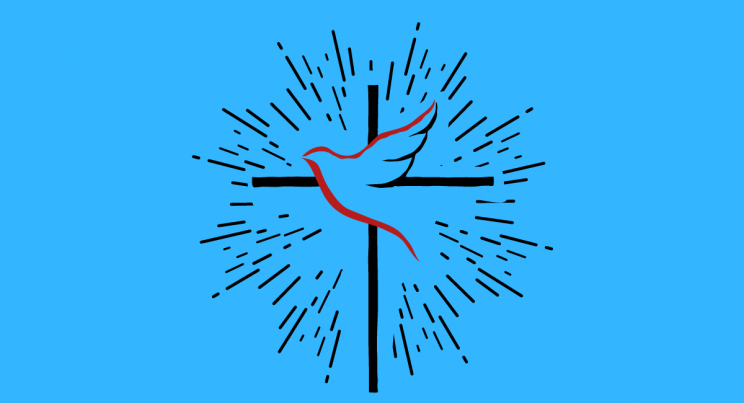 I was an undergrad in philosophy at The Catholic University of America when I had the opportunity to attend an off-campus lecture by Rev. Alexander Schmemann, dean of St. Vladimir Orthodox Seminary in New York and one of the most eminent English-speaking theologians in the Orthodox world.

His lecture was based on what was then his newly released book, “Of Water and the Spirit: A Liturgical Study of Baptism.” The book became a major text, found on the required reading list in at least one course in CUA’s School of Theology by the next year. Together with the lecture I was about to hear, “Of Water and the Spirit” was foundational for me, dramatically affecting my later approach, as a priest, to all the sacraments.

After an introduction given by Cardinal William Baum, then the archbishop of Washington, Father Schmemann opened by relating a story about an ecumenical event he once attended. He had found himself seated alongside the Episcopal delegation. Asking how this came about, he was told that it was because the Episcopalians, like the Orthodox, had a strong tradition of liturgy. His reply: “Put me next to the Quakers. They love the Holy Spirit.”

I don’t recall the reaction of the crowd, but a light certainly went on in me. Father Alexander lectured on, his deep bass voice outlining what I took to be an entirely revolutionary approach to baptism, as well as a powerful, creative approach to its celebration that involved the entire eucharistic assembly, rather than (as he put it) a small family group in the dark corner of an empty church. I was struck by the vivid images he presented, speaking of the apparent innocence of an infant belying the cosmic struggle between good and evil already taking place in that innocent’s life, on account of which the church would step in powerfully in Christ’s name through the sacraments of Christian initiation.

In the Byzantine world, Catholic as well as Orthodox, the sacraments (or “mysteries,” to use Byzantine terminology) of baptism, chrismation (confirmation), and Eucharist are all celebrated together. Neither the seal of the gift of the Holy Spirit (chrismation) nor participation in the Body of Christ (Eucharist) is separated liturgically from immersion into the life, death, resurrection, and immortal life of Christ through the waters of baptism.

So, what does this have to do with Quakers?

Traditional worship in the Society of Friends, or Quakers, involves sitting in silence, awaiting the work of the Holy Spirit. When someone is moved, or “inspired,” to speak, he or she speaks the word he or she has received. Without this inspiration, nothing happens.

There is a somewhat similar emphasis in the Byzantine theology of the Trinity: it is the Spirit who completes, perfects and personalises everything that God does in Christ. The Holy Spirit is never left out of the conversation when talking about the sacraments, the life of the individual Christian, or, indeed, the entire Christian dispensation. Among the very purposes of Christ’s redemptive suffering is the outpouring of the Holy Spirit into the world. As Jesus himself says, “But I tell you the truth, it is better for you that I go. For if I do not go, the Advocate will not come to you. But if I go, I will send him to you.” (John 16:7-8)

Through Christ, the world has entered the Age of the Church, what Byzantines refer to liturgically as “time after Pentecost,” since Christians, by their baptism, are bearers of the Spirit in the world.

All of the mysteries (sacraments) include an epiclesis, an explicit invocation of the Holy Spirit to carry out, perfect and personalise the work of sanctification in the sacrament. In baptism itself, the Holy Spirit is called upon to sanctify the water and give it the power to bring about the rebirth of the person about to be baptised in it: baptismal water is not blessed in advance but consecrated for each celebration. Immediately after the triple immersion of baptism, the newly baptised is anointed with holy chrism, sealing the new Christian personally with the gift of the Holy Spirit as the pledge of eternal life.

The emphasis given to the Holy Spirit in Byzantine theology is thus explicit, and yet different from that found in the charismatic movement. When, then, I am asked if Jesus Christ is my personal saviour, I think of Father Schmemann’s tongue-in-cheek humour and answer with a bit of my own: “No. Jesus Christ is the saviour of the world. The Holy Spirit is my personal saviour because ‘no one can say, “Jesus is Lord,” except by the Holy Spirit.'” (1 Cor. 12:3)

As Quakers – and Byzantines – would say, without the Holy Spirit nothing happens.

By Bishop John M. Botean of the Romanian Catholic Diocese/Eparchy of St. George in Canton, Ohio. By Catholic News Service