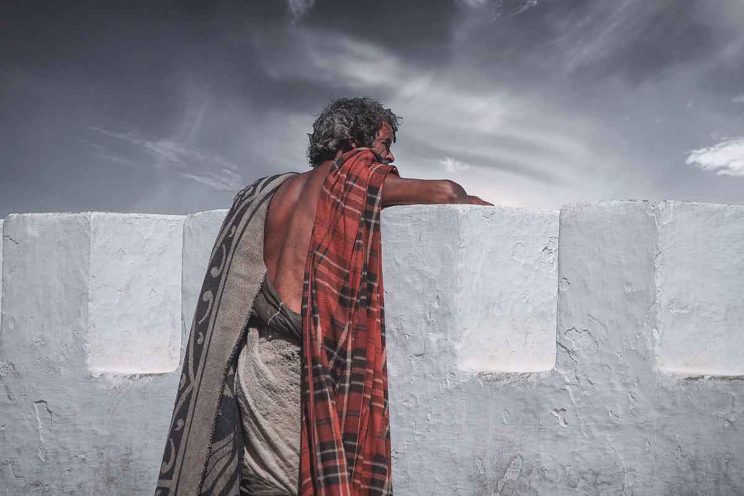 Pauls moral teaching often causes controversy. Scripture scholar Victor Paul Furnish, who tries to show how a more critical reading of Pauls ethics can retrieve the spirit of what he said, observes that when one treats Pauls teaching as if it were a sacred cow, one runs the risk of turning it into a white elephant.

By this he means that those who have a fairly fundamentalist understanding of Scripture risk making Pauls ethics a sacred cow, untouchable and beyond challenge. When others point out that much of Pauls teaching is narrowly specific to the communities he addressed, containing elements that are so culture-bound that they no longer seem to apply, they become a white elephant, useless and quite irrelevant, particularly if applied literally.

How then might 21st century Christians read Pauls ethic to their profit?

One approach to Paul is to suggest that his moral teaching is indeed culture-bound and rooted in a Greek philosophical approach called paranesis, literally collections of moral principles borrowed from popular philosophy.

While it is true to say that Paul was probably influenced by some aspects of Greek philosophy, this does not seem to be adequate. At times Paul certainly seems to borrow concepts about nature to make moral points, particularly when addressing specific practical problems, and while he is certainly a product of Greek and Jewish culture, his approach to morality is ultimately linked to his religious experience.

The key to properly understanding Pauls ethics, argues Professor Richard Hays, is through his eschatology Pauls view that the end of the world was near, more accurately that Christ was shortly to return in glory and make all things new.

For Paul, the Christian community was not simply battling to survive in an increasingly hostile environment; rather it was part of Gods ultimately winning side of a cosmic battle with evil, a battle fought by proclaiming the truth of the Resurrection (2 Corinthians 10:3-6). All creation was being redeemed. That Paul believed this was happening soon made him exhort the Christian communities to even greater moral action.

For Paul, a morality that saved was no longer a slavish adherence to a set of laws (even though the Law was important to him). Through union with Christ the Christian already enjoyed a new life. By the Resurrection, God had liberated humankind from sin and sent the Holy Spirit to guide the Christian community in its time of preparing for the Second Coming. The Christian life was life lived in conformity with and modelled upon Christ himself.

In the famous hymn from Philippians (2:1-13), the doctrine of the Incarnation, Passion and Resurrection of Christ is framed with moral exhortation. The community is called to be united in convictions, service and love, avoiding competition and conceit, concerned for the interests of others first, in short being in your mindsthe same as Christ (2:5). As with Christ, the moral life of the disciple is, for Paul, one of self-sacrifice for the sake of the other.

Self-sacrifice for the sake of the other, symbolised by Christs crucifixion, Hays suggests, lies behind Pauls advice not to eat meat sacrificed to idols (1 Cor 8:1-13). Not all people could see that such behaviour was harmless because idols were nonexistent. To avoid division and offence to those who might be scandalised (the weak) the strong should abstain. This highlights too another dimension: Pauls concern for the unity of Christian community in its life and mission of proclamation.

What this also illustrates is how we should read Paul when he lays down the law. If we read the prohibition on meat sacrificed to idols too literally we may find ourselves missing the important point. Since such a case is probably a rarity, we could easily pass over Pauls teaching by saying that it no longer applies in our world, turning it into a white elephant. This misses the crucial element, the truth that we need to consider: how our behaviour affects our neighbours and the unity and good name of the Christian community.

Community is a central theme of Pauls ethics, argues David G Horrell. Pauls great concern, he argues, was building up a sense of solidarity among Christians, the sense of many becoming one body. This was no mere gathering of like-minded individuals for Paul, but expressed his desire for equality among members of a community no matter their social background or gender (Gal 3:28). This is practically extended to his appeal for an equality of care and respect for all members of a community (1 Cor 12:25).

He expresses this in his appeals to the Christian community when he calls them adelphoi (Brothers), a term that in Greek is both gender-inclusive and an explicit expression of profound connectedness. To be adelphoi was not simply an expression of being part of an extended family it came with an implication of deep responsibility for each other.

What, then, about outsiders? Paul’s concern is primarily to avoid criticism of the Church and to win disciples from outside. Though Paul is highly critical of the Greco-Roman society of his time, and indeed of some practices within Judaism, he encourages the disciples to act with consideration towards all people (1 Thess 3:12, 5:15; Gal 6:10; 1 Cor 10:32; Rom 12:17-18; Phil 4:5). He acknowledges that non-Christians can and often do act morally, even Roman authorities, and therefore holds that it is acceptable for Christians to be obedient to civil authorities (Rom 13:1-7), provided of course that they do not try to force Christians to act against their belief in Christ and his teachings.

A short piece such as this cannot do justice to the complexity of Pauls teaching. I have focused on the framework and fundamental principles of Pauls ethics. How he applied this to particularly problems and cases, and their relevance to us today, might well be a series of articles in itself.