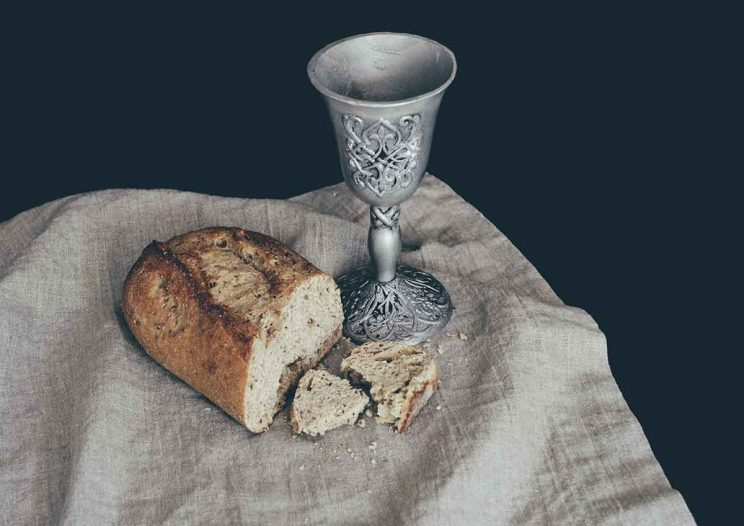 As we study St Paul, we are faced with the almost inevitable question: what does a Jewish preacher of the Risen Christ who was executed in Rome in around 61 AD have to say to Christians today? After all, so much has changed since Paul’s death.

So much has changed. We are privileged in many ways to know so much more about the historical Jesus than Paul. Paul’s dramatic experience of the risen Christ was of course something uniquely powerful, an encounter of life-changing directness that we ourselves may sometimes experience in rare moments of prayer. For the rest he had to rely on scraps of testimony from disciples he met, linking what he found to his own experience and to his reading of the Hebrew Bible.

Since Paul’s death the oral traditions have been put together into the Gospels and together with his own letters to Christian communities and the writings of fellow disciples become the New Testament which we now read. Based on these texts that reveal Christ and his impact on his early disciples, we have come to deeper understanding of who God in Christ is for us.

What were once collections of letters, sermons and sayings have been formalised into a coherent body of Christian doctrine. Paul started out preaching; we now have the Catechism.

Development of the Church

In addition, the practices of his disciples have developed accordingly. We have seen, for example, how the commemoration of Christ’s last supper during early Christians communal meals has evolved into the Eucharist as we now know it. Similarly the work of preachers, prophets and leaders of the community has evolved into the many ministries of the baptised, including the formal ministries of bishops, priests, deacons and religious.

The Church too has developed. A motley crew of Gentile Christians and Christian Jews, often in tension with each other, has developed into the Christian Church. Tensions have remained however: differences in belief and practice have led to a Church divided into denominations desiring unity but still battling over details.

This sameness in change is expressed not only in tensions within and between churches. Many things in Paul’s time can be seen this age of ours. Since at least the 19th century, possibly even before, Christians have lived in a largely secular, non-Christian world. Empires have fallen and risen since Paul, including Rome. Like Paul we are partly within and partly outside our world order, beneficiaries of the system while sometimes at odds with it.

Paul’s call to obey the secular authorities (Rom13:1-7) has always caused us tension. At various times Christians have puzzled over what to do when oppressed by secular, anti-religious regimes. Sometimes it has been used by powerful Christians to justify the oppression of the powerless (including powerless Christians).

Many times, Christians have decided that Paul’s teaching here cannot apply to them and have resorted to the image of the state as demonic in Revelation 13 as a justification of resistance. It has also been a source for Christians seeking to engage with the secular, democratic state in a process of give and take, critical support and occasional prophetic opposition over matters of the common good.

Closely linked to the church-and-state question has been the question of living morally in a world that has often seemed amoral or plainly immoral. This worldview is one that Paul would find strikingly similar to his own. Here too the challenge has been one of interpretation of Christian faith and morals. Paul’s moral method, combining Scripture and reason in the light of salvation in Christ, has continued to offer us an opportunity both to discern what is right and to debate ethical questions with non-Christians.

Paul’s frequently pragmatic approach to moral questions and his appeal to conscience resonate with contemporary Christians. His handling of the tensions over meat sacrificed to idols at Corinth acknowledging that the strong are right and should not feel bad eating the meat, but asking them for the common good to abstain is one clear example. Yet in other places Paul is quite ready and willing to lay down the law where things are clearly wrong.

Of course we should not simply follow Paul’s moral teaching blindly. Paul was a man of his time and culture, limited by knowledge available to him personally and to the wider society. As with any reading of Scripture we read Paul doubly contextually Paul in his time, we in ours. Yet even when we do this, we will find that Paul is a person who would probably be very much a person of our time.

Perhaps this is why we still read Paul today, and not just in church. He still speaks to us in many and various, often contradictory ways. Some read him as a grumpy old male chauvinist, while others read him as a great example of one who was open to the ministry of women. Some read him (in Philemon) as a defender of slavery and (with Rom 13) as a defender of a reactionary political status quo. Others point out that his plea to Philemon is deeply subversive of slavery as a system and that his willingness to preach the Gospel fearlessly is far from being politically conformist. A few eccentric political philosophers, such as Slavoj Zizek, have even suggested Paul’s missionary zeal offers revolutionaries like Lenin an example to imitate.

The oddities of Pauline Leninism aside, the missionary zeal rooted in his conversion to a life of witness is another dimension to Paul that should resonate with us. Since his time, thousands of people have left their homes and travelled to far-off countries to proclaim the Gospel or to serve humanitarian causes. Such generosity of spirit, a generosity Paul had in abundance, can be seen by Christians as God in Christ working directly or anonymously through human beings.

Paul, who travelled thousands of kilometres to proclaim the Risen Christ, would surely find in these global citizens kindred spirits; similarly we should see in him our contemporary.