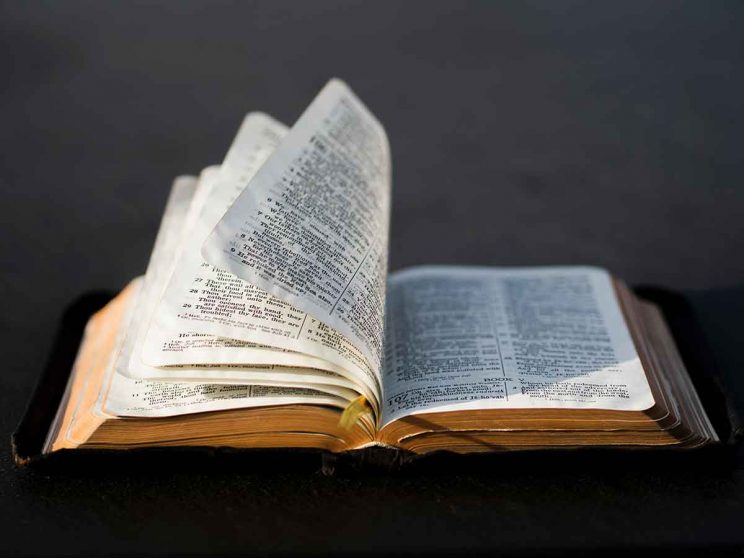 Fr Anthony Egan SJ – When we think of St Paul on his many great journeys fearlessly preaching the gospel, do we imagine a street preacher proclaiming his message aloud, grasping and sometimes waving around a well-thumbed leather-bound copy of the Bible? When we think of Paul writing his letters, do we imagine him writing away surrounded by a stack of bibles, commentaries and works of theology? We would be mistaken.

The Bible as we know it did not exist in Paul’s time: while the Hebrew Scriptures (what we call the Old Testament) certainly existed, there was no New Testament. The Hebrew Scriptures were the Bible of Paul and the early Christians. Stories of Jesus and the disciples were told at meetings of Christians and new converts. Later, as the first witnesses of the Resurrection started to die, what became the New Testament would be written in stages from perhaps the late 40s to about 100AD. And Paul would, perhaps without him knowing it, write much of it.

Paul’s Bible was the Greek translation of the Hebrew Scriptures, the Septuagint (the Seventy, named after its translators), widely used by Jews in the Roman Empire who were unfamiliar with Hebrew. Manuscripts were copied by hand and were very expensive. Synagogues would receive copies of portions of the text for use in-house. Pious Jews like Paul would literally study the Torah memorise it at the synagogue. Paul probably had no copy of the Septuagint in his possession as he made his way around the Roman Empire, preaching and writing. Where he could, he would have gone to the local synagogue and read the local copy, brushing up on what he’d memorised.

As befits one of the founders of the Christian faith, Pauls letters themselves would become the foundation of the New Testament, although Paul himself probably never intended them to be published or thought of himself as writing a New Testament. They were aids to his preaching, advice to specific communities and at times clarifications of what hed said.

Drawing on the many stories of Jesus told by his fellow Christians of the life, death and resurrection of Jesus, drawing on the Hebrew Scriptures, and on his own dramatic experience of the risen Christ, Pauls letters were primarily written to encourage, admonish and instruct the early Christians he encountered. Although written in response to particular questions or problems faced by local Christian communities, the specifics of which are not always that clear to us today, the letters were preserved, copied and circulated.

Although 14 letters are attributed to Paul, Scripture scholars have argued that only between seven and nine were written by him. They base this largely on the theological content of each letter and references it makes to historical circumstances.

Authorship of the Epistles

The theology of Hebrews, not a letter but a sermon in fact, differs considerably from Pauls thought. Other Pauline texts, such as the Pastoral Epistles (1 and 2 Timothy and Titus) refer to church structures that postdate Pauls death (in around 60AD). They are called pseudo-Pauline texts (dated between the 70s and 100AD) that claimed Paul as author. Others are deutero-Pauline (literally second Paul), letters written by close followers of Paul who, in a practice common in the ancient world, honoured their teacher and friend by claiming him as the author. Ephesians, Colossians and the 2 Thessalonians are normally included here, though some scholars think 2 Thessalonians may have been written by Paul himself.

The letters Paul certainly wrote were: 1 Thessalonians (his first, probably written around 50AD), Galatians, 1 and 2 Corinthians, Philippians, Romans and the letter to Philemon. With the exception of the latter, which is a personal plea for mercy for a fugitive slave, these letters have many common themes associated with Paul: faith in the risen Christ; freedom in Christ from slavish adherence to the Law; prayer and worship; the moral life of a Christian community.

As one might expect from a letter written to particular people at a particular place and time, there is also much that is specific to that community: Paul trying to resolve internal disputes; Paul warning about particular false prophets; and occasionally Paul calling wayward members to order. Our challenge today is to read Paul critically, sifting out matters that are particular to his time and its cultural norms while drawing on his theological vision for our ongoing inspiration.

Throughout his letters Paul makes reference to the Hebrew Scriptures. In his writings there are about 100 explicit quotations from them, more than 90% of which are to be found in 1 and 2 Corinthians, Romans and Galatians, which are generally acknowledged to be Paul in his most explicit teaching mode. For Paul, the Hebrew Scriptures remained Gods revelation, a revelation fulfilled rather than superseded in Jesus Christ.

James DG Dunn suggests that Paul probably had in mind Hosea 6:1-2 and Jonah 1:17-2.2. A close reading of these texts shows that neither really talks of resurrection from the dead but rather the vindication of the righteous person. What we see here, he suggests, is a creative application and interpretation of scripture in vindication of the early Christian belief in the resurrection of Jesus the Messiah. Paul expands the meaning of the original text in the light of Christian experience. This was common practice among Jews of Pauls time (and in later centuries)indeed, it is the foundation of doing theology.

In these ways we see how Paul (and those who took on his name in his honour) drew upon the existing Bible and helped write the Christian Bible as we know it today.