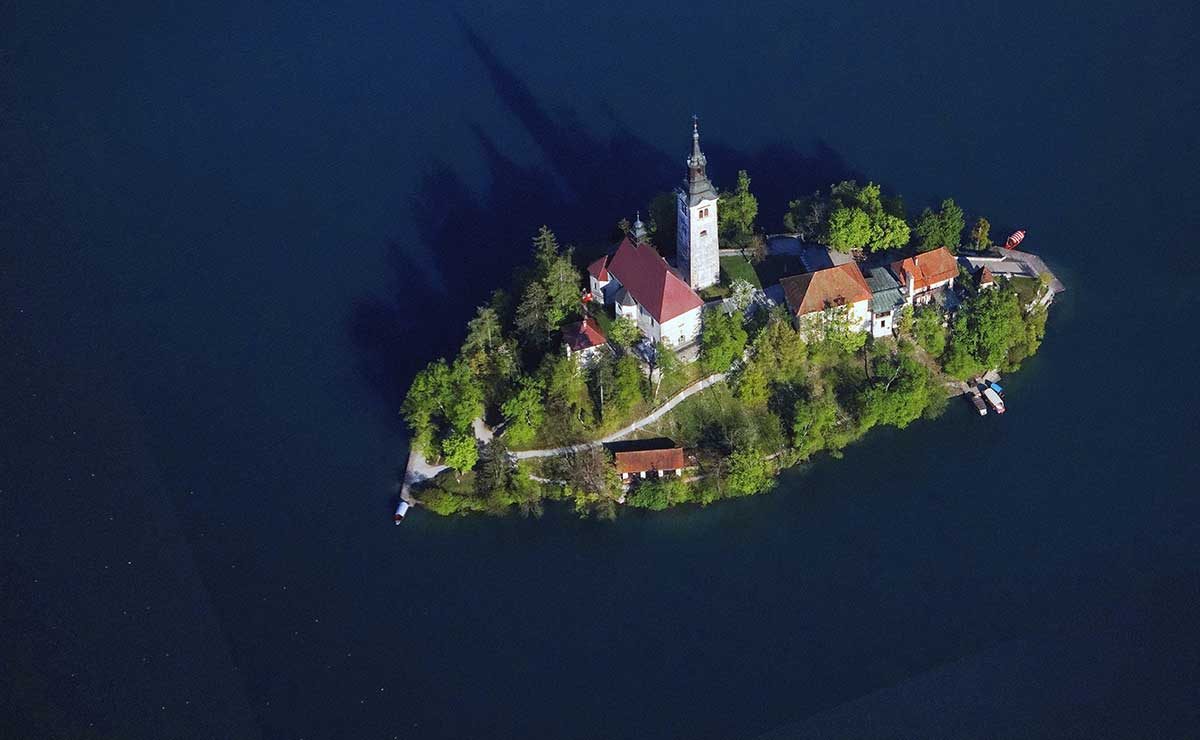 Lake Bled is a lake in the Julian Alps of the Upper Carniolan region of northwestern Slovenia, where it adjoins the town of Bled.
The lake surrounds Bled Island. The island has several buildings, the main one being the pilgrimage church dedicated to the Assumption of Mary, built in its current form near the end of the 17th century, and decorated with remains of Gothic frescos from around 1470 in the presbyterium and rich Baroque equipment.

The church has a 52m tower and there is a Baroque stairway dating from 1655 with 99 stone steps leading up to the building. The church is frequently visited and weddings are held there regularly. Traditionally it is considered good luck for the groom to carry his bride up the steps on the day of their wedding before ringing the bell and making a wish inside the church. (Taken from Wikipedia)