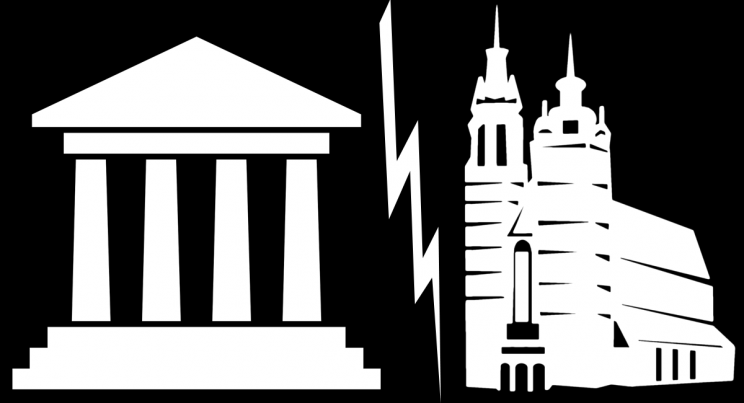 Guest editorial by Michael Shackleton – Church and State in a democratic society share the same members but each has its own independent agenda and purpose. The State has a role to play on the natural level to pursue the temporal common good of its citizens and to defend their well-being. The Church’s mission, as a self-governing body, is the pursuit of the supernatural well-being of its members and ultimately life everlasting in Christ.

In the past, there were frequent clashes when monarchs and civil authorities sought to control Church governance and even the beliefs of the faithful. The Church in retaliation tended to get on its high horse and proclaim triumphantly that its supernatural end is superior to the natural end of the State.

In modern times Church and State respect each other’s domains and the personal freedoms of their members. In fact, the State often is indifferent to Churches and religions, so that clashes and arguments are now somewhat pointless.

Lately, however, we have witnessed the friction that occurred when President Donald Trump’s administration, in its determination to stop illegal immigrants from entering the United States from Central America, separated children from their parents and families.

The children were kept in detention, reportedly in cage-like quarters, purposefully to cause the parents to think again for the sake of their offspring, and so go back with them to where they came from.

This was an emotional issue. The plight of children without parents will always tug at one’s heartstrings.

It is no wonder there was such global outrage that President Trump signed an executive order to countermand the messy situation.

Quoting the Bible in Support of Unjust Laws

The US attorney general, Jeff Sessions, representing the State, simply commented: “If people don’t want to be separated from their children, they should not bring them with them.” He is reported to have quoted the Bible in support of this.

The quote from St Paul’s letter to the Romans 13 has been advanced many times by secular powers attempting to put the Church in its place: “Since all government comes from God, the civil authorities were appointed by God, and so anyone who resists authority is rebelling against God’s decision, and such an act is bound to be punished.”

Cardinal Timothy Dolan of New York, representing the Church, responded that St Paul himself did not obey Roman law when it ordered him to worship the emperor.

He said that taking a child from its mom is unjust and not what God would intend. There could be no biblical passage to justify it.

The framework of the Church’s mission in the world is found in the eight Beatitudes (Mt 5), in which we realise that it is not the powerful social forces of politicians that will satisfy our hunger for justice and peace; it is the poor in spirit, those who weep now, and the pure of heart who will see the Kingdom of God.

The Church has to proclaim this to the human race even as it takes seriously the problems faced by the Trump administration. At the same time the Church must fulfil its purpose of prophetic condemnation of any policy or ideology that jeopardises the development of a just and peaceful dispensation for all who share membership of both Church and State.

The Church has to remain constant in its divine purpose: the proclamation of the Gospel under the guidance of the Holy Spirit. It must awaken the consciences of all, and this in no way detracts from the contribution the State makes to its citizens’ rights.

All are subject to God’s law, individually and as a community. The State’s idea of moral principles can be subjective, resting on changing values of the times. The Church’s conviction is that moral principles are unchanging objective truths.