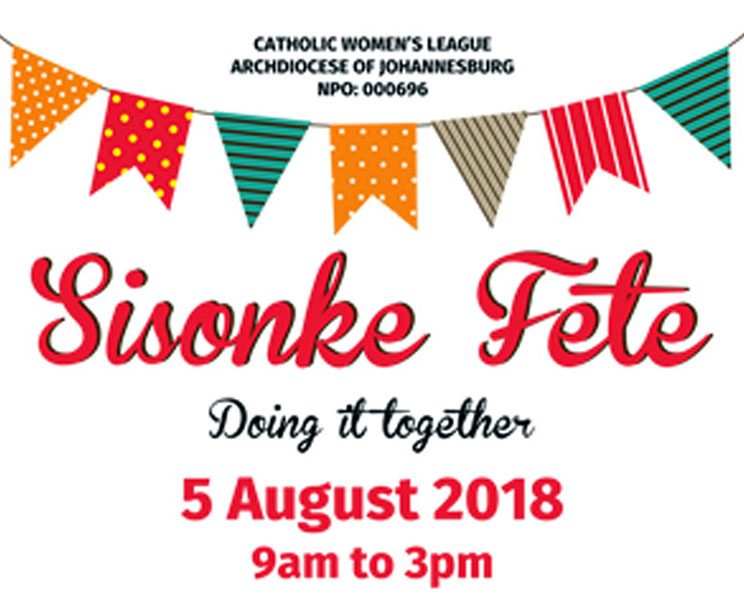 The Catholic Women’s League in Johannesburg archdiocese is gearing up for its Sisonke fête, set to be the biggest yet, with about 60 stalls.

The archdiocese’s more than 78 CWL branches will be taking part in the fête, which will be held at De La Salle Holy Cross College in Victory Park on August 5.

There will be an array of foods from various traditions, fun games and competitions for children, a pipe band, a dog show, and music to suit all tastes. Secure parking will be available.

CWL branches support their parishes by assisting with funeral teas and catering for events. Members raise money, give their time, and provide help to the poor in their parishes.

The organisation also has many ongoing major projects, and all monies raised from the fête will go towards these projects. They include: