Beloved Daughters of a Loving Father 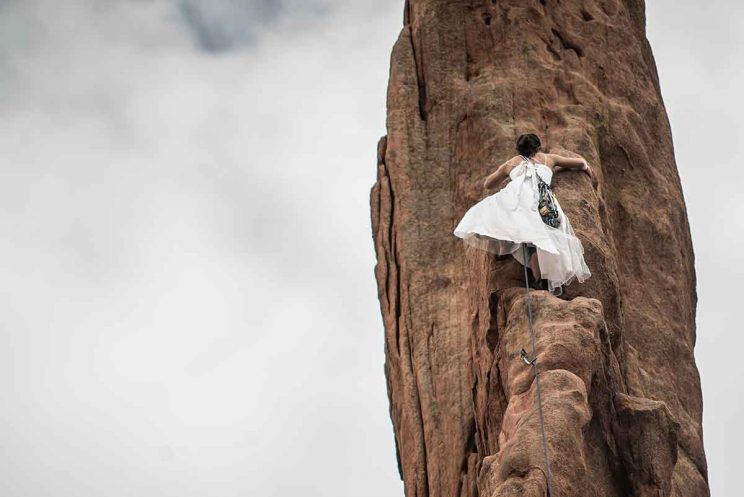 We don’t apply for jobs that we qualify for simply because we think we’re not good enough.

So where does the problem lie — with society, or with women?

On the one hand, the many obstacles that women continue to face in terms of gender equality are real. Some parts of the world have made enormous progress in the last century to open doors for women to participate in every sector of society. However, women still consistently earn less than men for the same job.

Women in leadership are often viewed with distrust far more than their male colleagues. Women are sometimes not considered for promotion when they have to balance professional and family duties, especially when women still often bear the greater child care burden.

Add to this the psychological and emotional hurdles of overcoming blatant sexism and discrimination along the way.

On the other hand, I sometimes think that we are our own worst enemy. We doubt ourselves and our abilities. We lose confidence in ourselves. We are afraid to speak out.

Last week, I was at a training course and a young woman was explaining a problem that she had identified inside her organisation and suggested a solution. Another participant asked her who she had spoken to about the problem.

With a surprised look, the young woman answered: “No one.”

“If you can see the problem, and you have just articulated a workable solution, why haven’t you expressed this to your manager?” the other participant asked her.

“I’m afraid he’ll see me as a troublemaker,” she responded, even though she then went on to explain that she had no reason to believe that her manager didn’t respect or value her input.

This exchange exemplifies how we often put ourselves down. We are afraid of what people will think if we speak out. We doubt our own insights. And so we do nothing. We become invisible. And are overlooked.

In contrast, Catholics have a great love for Mother Mary and for us — she is not invisible. We honour and respect her as the Mother of God and Mother of the Church.

Over the last 2000 years we have filled libraries with books about her, and I wonder whether there would be space in the Vatican to house every depiction that has ever been painted of our Blessed Mother.

We see Mary as a strong and powerful woman. We speak about her maternal qualities in caring for Jesus and later as the woman who accompanied and mentored the Apostles. We admire her steadfastness, standing under the foot of the Cross, when just about everyone else had deserted Jesus. We see her as a cooperator of Christ, an intercessor for her children, as a woman of noble character who becomes a model of the exemplary Christian life.

Yet, she lived a traditional life 2000 years ago in a patriarchal society where women either belonged to their fathers or their husbands, and in the event of the death of both, would have to be taken care of by a male child. This is why the last thing Jesus did from the cross was to entrust the care of his mother to the disciple John.

In every legal sense, Mary was nothing without the patronage of a man.

How Did Mary Do It?

So how did a woman who was completely disenfranchised become the most important woman in the history of Christianity?

Maybe the story of the annunciation (Lk 1:26:38) can offer us some clues. When the angel first came to Mary, saying, “Rejoice, you who enjoy God’s favour”, we are told that she is “disturbed” by his greeting.

Her response was one of humility, recognising that she was one very small part of God’s entire creation and yet he had chosen her for some great task. This is different to an attitude of worthlessness, which cripples us from even contemplating the great mission of our own lives.

The angel tells Mary that she will conceive a child and give birth to a son who will be a king.

If I were Mary, a village girl from a forgotten part of Galilee, my response might have been quite cynical: “Yeah, right, first of all, I’m not married, so how am I going to bear a child? Secondly, you tell me my son will be a king, since when do the marginalised ever get to aspire that high? It is impossible because the obstacles are insurmountable.”

Yet, Mary, despite being troubled, asked rationally: “How will this happen because I’m a virgin?” She does not reject the possibility, but simply wants to know what would need to happen to make it a reality.

The angel’s response is more than we can even wrap our minds around: “The Holy Spirit will come upon you and the power of the Most High will cover you with its shadow.”

Yeah. Okay. That sounds crazy and I’m not sure that I would even stick around long enough to find out what all that meant.

Not Mary. Aware of the dangers of being pregnant out of wedlock, she accepts the mission and gives her famous Fiat: “Let it happen to me as you have said.”

And with that Yes, with supreme confidence in God’s promise, the history of humanity was irrevocably changed and the culminating part of our salvation was set into motion.

Beloved Daughters of a Loving Father

What can we take away from all this? We recognise that the struggle for gender equality still has a long way to go. We also accept that even if the conditions are not as we would like them to be, we are not invisible.

We should continue to campaign for improved working conditions, enabling legislation, increased awareness to the problems of women in our society, and a change of cultural tropes.

But we do this with the same sense of humility and confidence as Mary. Like Mary, we recognise that we cannot conquer this mammoth task by going it alone spiritually. We can uplift ourselves only if we truly believe that we are the beloved daughters of a loving Father who wants the best for us.

Once we recognise our worth as the daughters of the King, it becomes easier to accept that we have value, that we are worthy and can make a meaningful contribution to our spheres of influence.

This knowledge is a call to prayerfully discover the beautiful and fulfilling plan that God has for each one of us to be fully women and to be agents of change in our families, in the workplace, in the Church, and in society.

“Let it happen to me as you have said.”