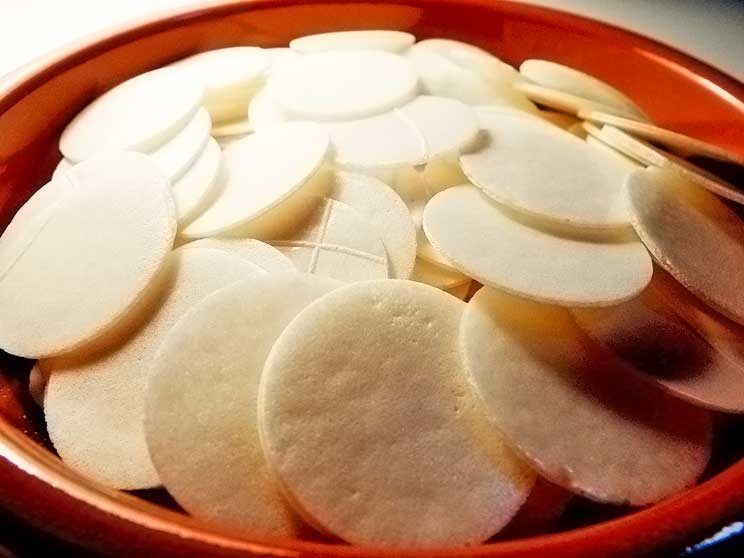 With the Church in Germany having launched the debate about Communion for non-Catholics, BISHOP VICTOR PHALANA notes that the Southern African Church dealt with the question many years ago, and explains what the rules on inter-Communion are here.

While the Catholic Church in Germany and many other bishops’ conferences are struggling with the question of Holy Communion for non-Catholics, the Church in Southern Africa tackled this issue and took a position 15 years ago.

In January 2003, five years after issuing a first draft, the Southern African Catholic Bishops’ Conference issued a “Directory on Ecumenism” for its pastoral region.

I was privileged to have been a member of the SACBC’s Department of Ecumenism and Interreligious Dialogue when this directory was being initiated.

The Vatican’s Congregation for the Doctrine of the Faith — which was headed then by Cardinal Ratzinger, who later became Pope Benedict XVI — did not accept the first draft. I can still remember their comments and concerns, and later, their approval after our amendments and corrections.

When it comes to sharing sacramental celebrations with Christians of other churches, the position of the Catholic Church is that “Eucharistic communion is inseparably linked to full ecclesial communion and it is its visible expression”, according to the Directory on Ecumenism (#6.1).

“At the same time, the Catholic Church teaches that by baptism members of other Churches and Ecclesial Communities are brought into real, even if imperfect, communion, with the Catholic Church and that ‘baptism, which constitutes the sacramental bond of unity existing among all who through it are reborn…is wholly directed towards the acquiring of fullness of life in Christ’” (Unitatis Redintegratio 22).

The position is that the sacraments, and most especially the Eucharist, are signs as well as sources of unity and therefore are properly open as a matter of course only to those who are in full ecclesial communion with each other.

For us full ecclesial communion entails sharing the beliefs, same doctrine, seven sacraments, the authority of the pope and the magisterium, and so on.

There are special situations where Christians of other Churches can receive Holy Communion. Our Directory on Ecumenism refers to the Vatican’s “Directory for the Application of the Principles and Norms on Ecumenism” of 1993 which says:

“In general the Catholic Church permits access to its Eucharistic Communion and to the sacraments of penance and anointing of the sick only to those who share its oneness of faith, worship and ecclesial life.

“For the same reasons, it also recognises that in certain circumstances, by way of exception, and under certain conditions, access to these sacraments may be permitted, or even commended, for Christians of other Churches and Ecclesial Communities.”

There are certain conditions, where a baptised Christian of another denomination may receive Holy Communion from a Catholic minister.

The sharing of the Eucharist, penance and anointing with ecclesial communities from the Reformation of the 16th century is more difficult.

For Catholics, the Eucharist is a sign of ecclesial communion, which excludes their ordinary participation. However, there are occasions when the sharing of these sacraments “may be permitted or even commended”.

Catholics, however, under similar circumstances, may receive Communion only from those Churches whose sacraments are considered valid (such as Orthodox Churches). Hence, the invitation does not work both ways, even in these extraordinary circumstances: put plainly, Catholics may not receive Communion in Protestant churches.

What are the Rules?

The conditions laid down by the bishops’ conference for the reception of Catholic Communion by a non-Catholic are as follows:

– For a non-Catholic in danger of death or in cases of grave and pressing need determined by proper authorities. The norms for judging when such a need exists should be laid down by the diocesan bishop.

– When a grave and pressing need justifies such sharing, the following conditions must be met:

I must add that the person requesting reception of Holy Communion must be from the Churches whose baptism we recognise.  For us the valid baptism must be a baptism by water and the use of the Trinitarian formula. For that reason, we recognise the baptisms of most mainline Churches. Those are the people who may receive the sacraments from a Catholic minister.

– As regards the sacraments of the sick and of penance, in the absence of the appropriate minister of their own Church, the mere request for such sacraments can be taken as evidence of pressing spiritual need and the sacrament may be administered.

– As regards the Eucharist, a spiritual need can arise for a Christian from another Church or Ecclesial Community when attending a Eucharistic celebration for a special feast or event or when accompanying his or her Catholic marriage partner at Sunday Mass.

– We must also promote Spiritual Communion as one way they might respond to this spiritual need.

When a person has an ardent desire to receive Jesus in the Most Holy Sacrament and in lovingly embracing him in a Spiritual Communion, they can, with contrite and humble hearts, ask the Lord to come to them spiritually in the same way he would if they were able to receive the Sacrament.

-The Church in Southern Africa encourages us to invite those who will not be receiving sacramental Communion to come forward at the same time as others and, when they approach the priest, to cross their arms over their chest as a sign that they wish to receive a blessing.

– Catholics can receive the sacraments from some other Churches when there is a grave need.

The Application of Principles and Norms on Ecumenism says that Catholics can receive sacraments of Eucharist, penance and anointing only “from a minister in whose Church those sacraments are valid or from one who is known to be validly ordained according to the Catholic teaching on ordination” (DE # 132)

This instruction is very important. We are well aware that in many Catholic churches in Southern Africa, people are refused baptisms, confirmation, the sacrament of matrimony, Christian burials, anointing of the sick, viaticum, and many other services simply because they are poor and many priests charge exorbitant stole fees for these.

The bishops were at pains in one of our conferences trying to come to terms with this evil practice which unfortunately is common in all dioceses of the conference. One of the bishops suggested that a pastoral letter, condemning this abuse of religion, be written.

It is a consolation to know that if there is an Orthodox church nearby, whose ordination we recognise, an Orthodox priest can be called to give viaticum to a person who is on their deathbed.

Today many Catholics opt to “rent a pastor” as a way of avoiding our exorbitant fees. This is causing a lot of suffering to many bishops. They feel powerless to do anything. This is a new phenomenon and it is a strange culture in the Catholic Church.

Allow me to write from my personal experiences.

One day, when I was still a parish priest in Pretoria, I was giving Communion to a Catholic from my parish at George Mkhari Hospital. The person on the next bed requested to also receive Communion. I spontaneously said no.

She insisted, saying that her in-laws are Catholic, she had been to a Catholic school and was a bona fide member of the Lutheran Church and a member of their sodality.

Aware of these directives, I spoke to her about the Eucharist. She said: “I know, I believe it is the Body of Christ.” I gave her Communion.

Another incident was at a wedding of a Catholic and an Anglican. The groom, who was Anglican, requested to receive Communion. As part of their marriage preparations, we helped him to understand the Eucharist.

He received the Eucharist with his wife and we encouraged him to join the RCIA so that he could be received into the Catholic Church.

Full, visible communion with the Catholic Church is important and it is the only condition for one to receive Holy Communion permanently in the Church.

At a Catholic funeral, a member of the Methodist Church, wearing her church’s uniform, came to the sacristy and requested to receive Holy Communion. We asked her a few questions, and we found out that she had been a Catholic all her life, but had to leave the Catholic Church and join  the church of her husband, according to African tradition.

She expressed her longing for Eucharist. Permission was granted but parishioners were offended that “a non-Catholic came to receive the ‘Roman’ Eucharist”.

At Loreto School in Pretoria, Fr John Shand SCP and I faced a situation where many non-Catholic learners came to request the sacrament of penance. We spoke to their teacher and asked her to prepare them, and we offered them the sacrament. For those whose baptisms are not valid, we listened to the confessions and gave them a blessing.

I believe that the success of the Catholic Church in accepting the Doctrine of Justification—the landmark agreement with the Lutheran Church—must lead to our dialogue with the Churches until we find a common ground, as far as the Eucharist is concerned.

Pope Francis is encouraging the bishops’ conferences to deal with this matter and for individual bishops to make pastoral solutions on such matters, according to the parameters set down by canon law.

Bishop Victor Phalana is the head of Klerksdorp diocese and chair of the SACBC’s Department of Ecumenism and Interreligious Dialogue.