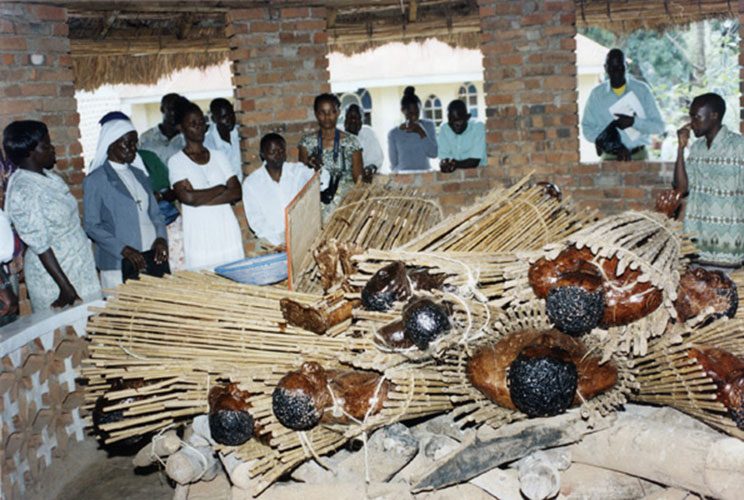 Bishop Hugh Slattery MSC – Recently a small group of pilgrims from the diocese of Tzaneen went to Uganda to honour their martyrs and to get inspiration for promoting the cause of our own Bl Benedict Daswa.

The group included Bishop João Rodrigues, Fr Wilfred Okali AJ — a Ugandan who was our very competent organiser and guide — and myself.

Fr Okaki had arranged our accommodation at the Foyer De Charité in Kampala which is within walking distance of the shrine at Namugongo built in honour of St Charles Lwanga and his 21 companions.

These Catholics were martyred in the most cruel manner in the years 1885-87. They were canonised by Pope Paul VI in 1964. There were also 23 Anglican martyrs and they are honoured at a shrine about a kilometre from the Catholic one.

Uganda has two other young martyrs and we decided to visit their shrine first. It is at Paimol in the far northern part of the country. Here two teenage catechists, Bl David Okelo, aged 18, and Bl Jildo Irwa, 13, gave up their young lives for the faith just 100 years ago. They were beatified by Pope John Paul II in 2002.

We had the joy of celebrating Mass at their shrine, attended by a couple of hundred young people and children. We were very warmly received and after the celebration were presented with two young goats as a token of their appreciation and gratitude!

The really big event was, of course, the celebration of the feast of St Charles Lwanga and his companions. This was something beyond our wildest dreams. Four million people came from Uganda and neighbouring countries, especially from Kenya and Tanzania, and some even from distant Nigeria. 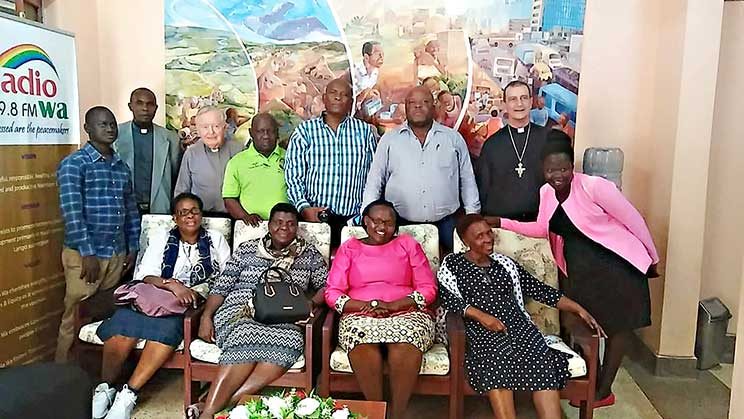 Pilgrims from Tzaneen at the Catholic Radio Wa of the diocese of Lira in northern Uganda. They were interviewed about their pilgrimage. Bishop João Rodrigues stands at the right; Bishop Hugh Slattery third from left.

In addition to our group, South Africa was also represented by two other small groups coming from the diocese of Witbank and the archdiocese of Johannesburg.

READ  We’re not a Church for Old Men, We’re Grandfathers

Many pilgrims had walked for one and even two weeks to be present for the celebration. There were large screens to enable those far away from the altar to see what was going on. Everything went off very well and one could sense the joy, peace and happiness which reigned among the people.

Our visit showed us beyond doubt the great importance of the saints and especially of the martyrs in building up the faith of the people. This has been the case throughout the history of the Church, going back to the very early martyrs who were greatly revered by the faithful. They were regarded as great role models as well as powerful intercessors with the Lord.

One could say that the Church in Uganda, and in Eastern Africa in general, owes a great deal to the heroic witness of the Martyrs of Uganda. The people are immensely proud of all of them and have chosen them to be special patrons for various categories of people such as families, husbands and youth.

Witnessing first-hand the deep faith of these young Churches of Africa was a real spiritual experience for us. We returned home strengthened in our own faith and with renewed commitment to the task of promoting Bl Benedict Daswa.

It is obvious that as the years go by, he too will become a big saint, not only for South Africa but also for other African countries and indeed for the wider Church as a true apostle of life.

Bishop Hugh Slattery MSC is the retired head of Tzaneen diocese. He initiated the sainthood cause for Bl Benedict Daswa.