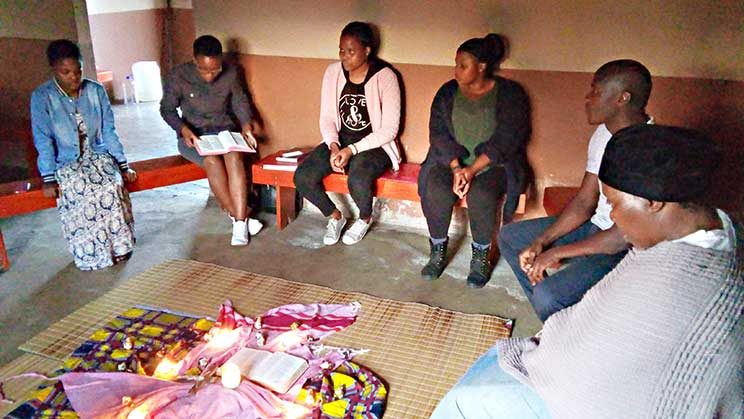 By Siyabonga Mkhize – A group of four young people from Ingwavuma vicariate in KwaZulu-Natal, though nervous at first, led a successful retreat for their community.

The four, attached to the St Lucia Retreat and Training Centre, had received training in Ignatian spirituality from the Jesuit Institute before becoming retreat leaders.

Ignatian spirituality is seen as a way of life, applying a contemplative and reflective view of the world.

The five-day retreat involved a group of parishioners, aged 21 to 50, from Khula Village near Mtubatuba, north of Richards Bay.

Called “Tsotsoletsa” (seSotho for “Revival”), the retreat offered reflection on each participant’s faith history as part of reviving their personal spiritual journeys.

Although participants and retreat leaders were somewhat nervous about this new experience of personal prayer, all engaged enthusiastically, and those attending  were able to share freely on their prayer lives as well as their faith journeys.

The leaders said they had benefited from the experience too.

“The retreat was fruitful for me, as I had time to engage with God,” said Thamsanqa Vumase, 24.

Nontobeko Mhlongo, 29, said the experience was humbling for her in the sense that known concepts and principles were affirmed by the working of the Holy Spirit among the group.

The four retreat leaders said they are confident Ignatian spirituality will spread in Ingwavuma, with the support of the Ursuline Sisters at the St Lucia centre and parish priests.

Edenvale Parish Youth Walk for Our Lady of Fatima!