A Life in Letters: Hurley Correspondence Collected In Book 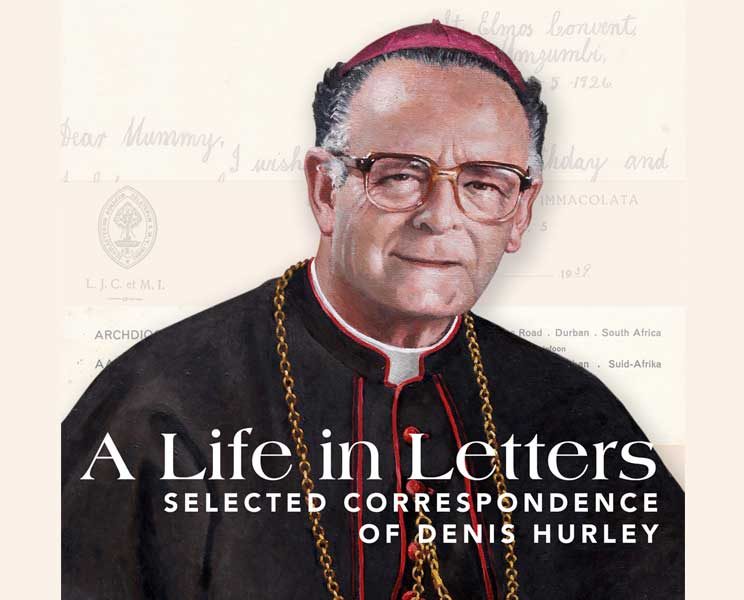 A book of selected correspondence of Archbishop Denis Hurley from the ages of 11 to 88 will be launched in Durban, Pietermaritzburg, Johannesburg and Cape Town over the next two months.

Archbishop Hurley, who headed the archdiocese of Durban from 1946 until 1992, is widely recognised as one of the most influential South African Catholics in modern times.

“Throughout his long life he was a prolific letter-writer,” said his biographer Paddy Kearney, a co-editor of the book. From thousands of his letters to family, friends and a wide range of well-known people in powerful positions, 251 have been selected for A Life in Letters: Selected Correspondence of Denis Hurley.

“The letters reveal much about Hurley as a person and give unique insight into the dramatic events in both Church and state in South Africa over 70 years,” Mr Kearney said.

The book is the product of research done over the past three years by the editors — Br Philippe Denis OP, Jane Argall and Mr Kearney.

It will be launched in Durban on October 8 at 18:00 at Blessed Sacrament church in Virginia and on November 9 (the 103rd anniversary of Archbishop Hurley’s birth) at 17:30 at St Joseph’s parish in Morningside.

The Johannesburg launch will be on November 21 at 19:00 at Immaculate Conception parish in Rosebank, and in Cape Town on November 27 at 18:00 at Springfield Convent School, Wynberg.

Details for the Pietermaritzburg launch are still to be confirmed.

The launch price will be R250 per copy.