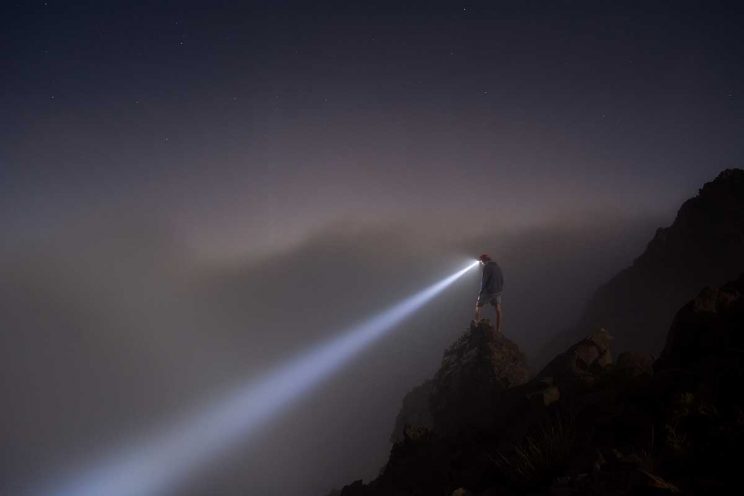 We all love the image in the Gospel of the eyes of the blind being opened. But are we willing to open our eyes as a Church and see some of what we need to see, even when it is not very pleasant?

It looks as if Pope Francis is willing to in his response to the crisis caused by abuse. We saw this in his long and honestly-worded letter “to the People of God” after the Pennsylvania report and also in his homilies in Ireland in August.

There has been an important shift: a recognition that the crimes of the abusers have been matched and made worse by the way in the Church has repeatedly turned a blind eye to the accusations.

In his document Call to Holiness (Gaudete et Exsultate, 165), Francis warns us against “a comfortable and self-satisfied form of blindness. Everything then appears acceptable: deception, slander, egotism and other subtle forms of self-centredness”.

It is this blindness — spiritual corruption, he calls it — that has enabled priests, bishops and cardinals to fail to act when evidence stares them in the face.

The opposite of this blindness is the willingness to see mistakes (and not retreat to self-deception), to mention them by name (using truth rather than slander), to say sorry (which requires us to give up on egotism), and then to do something about them (because we are centred on others not on ourselves).

This same structure of conversion is seen in the penitential rite at Mass. It is telling that Pope Francis used that rite when in Dublin’s Phoenix Park as a chance for the hierarchical Church, of which he is the visible head, to ask for forgiveness.

It was all the more powerful because he understood that to say sorry sincerely required the added pain of listing specific faults. A generic apology is a non-apology.

For those in Ireland who have been hurt, hearing—in the pope’s voice—the specific naming of their hurt, was an important step towards forgiveness.

We know this better in South Africa than most because of the Truth and Reconciliation Commission. For all of its shortcomings, one key aspect of TRC was the requirement for the person seeking amnesty to detail the abuse they had perpetrated.

And, of course, as Catholics we are also familiar with that model. We cannot go into the confessional and say, “Bless me Father for I have sinned” and then expect automatic absolution. A mark of the sincerity with which we approach the sacrament is our willingness to admit to God the specific sins we have committed, and we demonstrate that by speaking them out loud to the priest.

This requires a fundamental acknowledgement that I am not perfect, that I can make mistakes.

It is not coincidental that the long wait for apologies about abuse is tied up with clericalism. As Pope Francis wrote in his response to the Pennsylvania report: To say “no” to abuse is to say an emphatic “no” to all forms of clericalism.

One of the most rampant forms of clericalism is in the repeated inability of many clerics to admit when they are wrong. It is wonderful to meet a priest who has the self-awareness to know when he has messed up, or the humility to allow someone else to point that out to him. (An Anglican bishop once told me how grateful he was to have a spouse who kept him honest!)

But such priests are the exceptions. An attempt by a church in Johannesburg to get honest feedback from parishioners on the quality of sermons was halted when one of the priests said he did not care what people thought about his sermons since he was ordained and they were not.

I fear that some clerics believe that they have infallibility by association. Since the pope is infallible (and they usually misunderstand what that doctrine actually means), they think that all ordained men also share in this protection from error. To extend the logic, presumably the closer you are to the pope (the higher up the hierarchy), the more of this infallibility by proximity you enjoy.

This applies to the heinous crimes of abuse or the covering up of abuse. But I also see it in the day-to-day failures of clerics to make good decisions or to remedy matters when they make bad decisions.

When a mistake is pointed out, their kneejerk reaction is usually to deny that there was a mistake, then to trivialise its importance, then to denigrate the person pointing out the problem, and then, if necessary, to cover it up “for the good of the institution”.

Acknowledge When Mistakes Are Made

While not a crime, one key area of blindness can be in proper oversight of the money the Church has been given. Many dioceses have just completed Stewardship Month.

That means — at parish and diocesan level — proper publication of accounts and a willingness to answer questions and provide explanations. After all, this is no less than what the Church expects of business and government!

The blindness is sometimes a failure to look. But, as we have seen with abuse, it can sometimes be a wilful blindness even to see when mistakes are pointed out.

South Africa and the Church

As a country, we are still waiting for ex-President Jacob Zuma to admit to his various financial wrongs. Many in the Church are angered by this and by those who cover up for him. We are also still waiting for an acknowledgement of the misuse of the country’s resources in previous decades. Some in the Church are also angered by this and by those who pretend that there is no problem.

And as a Church in South Africa — at the level of parishes and dioceses — we are still waiting for those who are supposed to govern our resources to admit when they have made mistakes and say sorry.

Where is the anger at this? An apology and an acknowledgment would not be the end—a firm desire of amendment is the next step in confession.

But, as we have seen with the abuse tragedy, saying sorry and listing mistakes is a good beginning.

Or are we interested in curing only other people of blindness?