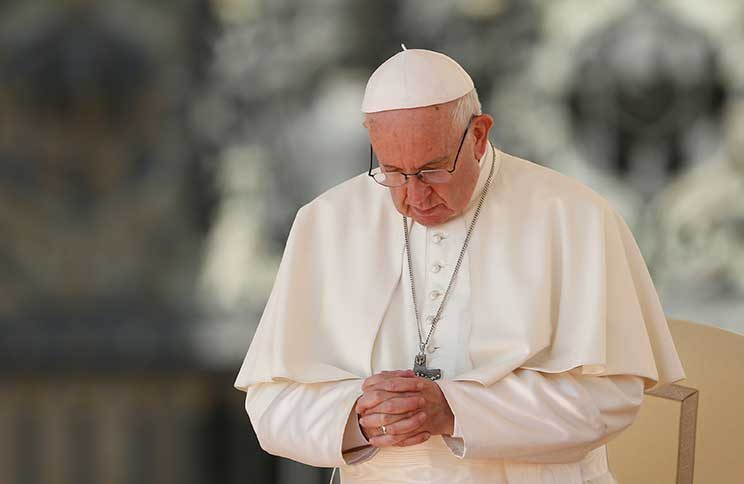 Patrick Dacey, Johannesburg – The Church is in crisis. Can we remember when the last pope was called upon to resign by his fellow cardinals and bishops?

Yet, Pope Francis has been handed the “priest paedophile” hot potato to handle which, for all Catholics, is a shameful indictment.

One can surmise St John XXIII was led by the Holy Spirit when he said: “Throw open the windows of the Church and let the fresh air of the spirit blow through.” Perhaps this humble saint meant “… and cleanse her” (the Church).

Recent revelations show one important thing: the clergy and laity are all in the same boat. Humanity is made up of all types of sinners, which was highlighted 2000 years ago by an extremely wise man.

Through the ages, Christians have placed emphasis on the role of Judas Iscariot, yet in the 15th century the Czech theologian Jan Hus was enticed to attend a conference in Germany headed by the then-pope, ironically named John XXIII, treacherously arrested and kept in confinement until being burnt at the stake, even though he had been “guaranteed” a safe passage.

Likewise, in the 16th century, an Italian Dominican friar, Giordano Bruno, was also betrayed by his own people and burnt at the stake. No doubt, many of his thoughts were contrary to Church doctrine. Yet he was a forward thinker, not only concurring with the Copernican theory of heliocentricity, but postulating all distant stars were similar to our own solar system.

Pope Francis wisely replaced Cardinal Gerhard Müller as head of the Congregation for the Doctrine of the Faith, after his five-year tenure. Our humanitarian pope understands full well the actions of Jesus’ writing in the dust.